The Madison, WI Region is home to small startups, as well as major companies involved in biotechnology and life sciences, including GE Healthcare, Thermo Fisher Scientific and Promega. 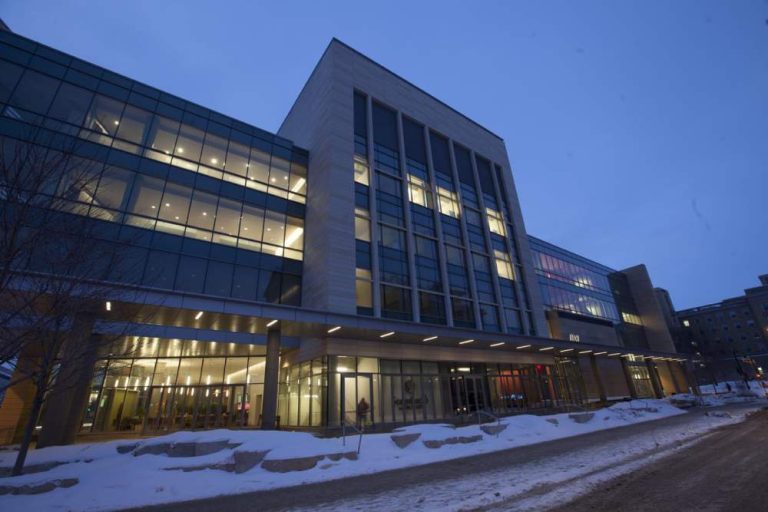 The Madison Region is a discovery zone for life sciences and biotechnology – a region able to claim more than a century of firsts, from the 1913 research at the University of Wisconsin-Madison that found vitamin A in butterfat and cod liver oil, to the first mass production of penicillin, to the first laboratory-grown human embryonic stem cells.

The region remains on the cutting edge, continuing to shape the bioscience and biotechnology landscape with a cadre of companies working in the latest breakthroughs and a host of powerful research assets.

Considered a bioscience hub, the Madison Region is home to small startups, as well as major corporations such as GE Healthcare, Thermo Fisher Scientific and Promega. The region supports more than 7,000 life sciences jobs that account for more than three-quarters of all biosciences jobs created in the state.

And life sciences activity in the region is expanding, says Bryan Renk, executive director of BioForward, the leading association for Wisconsin’s bioscience industry.

During the recession from 2007 to 2010, the sector grew overall employment at 5 percent even as other sectors saw job losses, Renk says. Meanwhile, employment in scientific R&D services in the region grew close to 150 percent from 2005 to 2010, compared to the U.S. average of just 6 percent.

Behind much of the region’s success is the University of Wisconsin-Madison, a breeder reactor for life sciences innovation, attracting top talent from around the world that helps groundbreaking research move from the lab to the marketplace. Bioscience faculty accounts for 800 of the university’s 2,000 professors, according to UW-Madison.

The campus also is home to the Morgridge Institute for Research, the Wisconsin Institute for Discovery and the University of Wisconsin Biotechnology Center, founded in 1985 to support and advance biotechnology innovation at community, state, and national levels through biotechnology core facilities, faculty research and outreach.

The center houses more than 170 individuals across seven core facilities, including a state-of-the-art DNA sequencing facility.

“The center helps provide the heat and the pot for the ‘boiling’ cauldron in which ideas emanating from the minds of scientists on campus are turned into practical and profitable entrepreneurial activities within the state,” says Michael Sussman, a professor of biochemistry who serves as the center’s director.

And it’s not just the Biotechnology Center. At the University of Wisconsin’s School of Medicine and Public Health, the development and commercialization of technology is part of the school’s strategic plan.

“We have faculty members who spend up to half their time in those commercialization efforts,” says Dr. Rick Moss, senior associate dean for basic science, biotechnology and graduate studies. “What comes out of that is not only development of new technology, but also company creation and job creation.”

From Lab to Market

Shine Medical Technologies, based in Monona, is one example of a company born out of research conducted on the UW-Madison campus.

Working with the Morgridge Institute for Research, Dr. Greg Piefer, the company’s founder and CEO, developed a proprietary manufacturing process to produce medical isotopes without the use of a nuclear reactor. When selecting a site for the $85 million medical isotope production facility, Piefer scouted several locations and ultimately opted to stay in the Madison Region, choosing Janesville for its skilled workforce, solid infrastructure, economic incentives and proximity to Southern Wisconsin Regional Airport in Janesville.

“As a company that grew in partnership with research conducted at the University of Wisconsin-Madison and the Morgridge Institute for Research, one of our primary goals was to stay in-state and take advantage of the dedicated, talented workforce available here,” he says. “The University of Wisconsin and the technical college systems provide well-educated, ambitious people.”

Construction of the Janesville medical isotope facility is slated to begin in late 2014 or early 2015. Upon completion, Shine is expected to create 150 high-paying, advanced manufacturing jobs in Janesville.

The Right Place to Expand

BioForward’s Renk is quick to point out that driving the growth of the life sciences sector around Madison isn’t just new companies like Shine.

Existing companies have taken root in the region, like Promega, a Madison company founded in 1978 that offers more than 2,500 products supporting research in genomics, protein analysis and expression, cellular analysis, drug discovery and genetic identity. Despite 15 locations worldwide, the company continues to expand its footprint in the Madison Region. In 2013, it opened a new 260,000-square-foot cGMP (Current Good Manufacturing Practices) facility.

“In Wisconsin, our biotech facilities have gone from 900 square feet to nearly 900,000,” says Bill Linton, CEO of Promega. “Our growth continues because of the expanded application of tools in molecular biology and the strong scientific collaborations we have shared worldwide.”