The Madison, WI, Region's technology sector is experiencing strong growth, thanks to an ideal mix of legacy companies, startups and incubators. 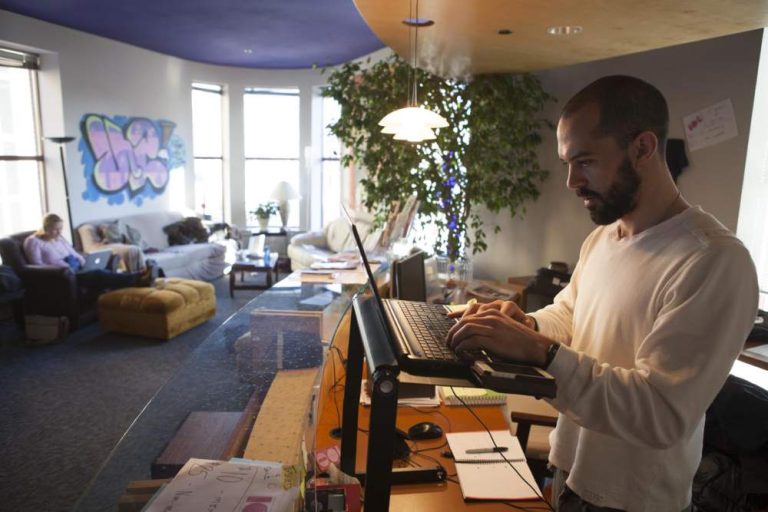 The Madison Region’s technology sector is growing, and the nation is taking notice. Fast Company, the Milken Institute and the Progressive Policy Institute have all recently recognized communities in the region for their tech strength and growth.

Part of that strength lies in established tech innovators such as Raven Software, which was founded in 1990 by brothers Brian and Steve Raffel. The video game developer has since contributed to popular game franchises from the Marvel, Star Trek, Star Wars and Call of Duty universes.

Even after its acquisition by California-based Activision in 1997, Raven’s roots remained planted firmly in Wisconsin. Brian Raffel says the company’s location gives it easy access to a largely untapped Midwestern market, and employees like the safe neighborhoods and good schools. The region’s labor pool is another asset, with hard-working, highly educated recruits coming out of the University of Wisconsin.

“Madison is a good blend of opportunities: we have the university, the state capital, and there’s a real pro-business atmosphere here,” Brian Raffel says.

The region’s design and technology capabilities are employed across a range of industries with highly specialized needs, from the online and catalog fulfillment requirements of Green County-based specialty foods retailer Colony Brands to the design needs of American Girl, the Middleton-based creator of lifelike dolls, furniture and the American Girl book series, and operator of retail stores, consumer catalogs and e-commerce operations.

Verona-based Epic is another long-term tech success story. Founded in 1979, the company is now a colossus in its industry, generating $1.2 billion in revenue and leading the market for electronic medical records software. Epic has also spawned several spin-offs in the region that have created hundreds of jobs.

One such spin-off is Nordic Consulting, which assists hospitals and other health-care companies with Epic implementation.

CEO Mark Bakken co-founded Nordic in 2010 with a former Epic employee. In 2013, the company ranked No. 1 in Epic Staffing and Implementation, according to a June 2012 report by research firm KLAS, Navigating the Sea of Epic Consulting. Nordic had $81 million in sales and 400 employees nationwide.

Bakken foresees strong growth in Madison’s health-care IT sector, thanks to the proximity of companies such as Epic and a raft of successful biotech firms. The area’s startup-friendly ecosystem is another advantage.

“For having the right raw ingredients for startups, Madison is positioned better than almost any other city in the country,” Bakken says. “The University of Wisconsin and Epic draw the best and brightest, and there are a lot of good mentors and angel investment in the area.”

Downtown Madison’s 100State, launched in June 2013, is part of that startup-friendly culture. Former Epic employee Niko Skievaski, along with friends Michael Senchel and Adam Braus, founded the nonprofit after realizing that hundreds of talented people were leaving Epic every year, and 100State’s effort could be another way to keep them in Madison.

“We have this cohort of really smart people, and we thought that if we can keep them here, they can help the community,” Skievaski says.

Accordingly, 100State provides co-working space for entrepreneurs and uses brainstorming sessions to connect members with growth opportunities. Government leaders and business owners present challenges – such as public health issues or keeping kids in school – to the organization’s entrepreneurs, who then develop potential solutions.

These sessions have resulted in grant offers, consulting contracts and business development for 100State members. A special website designed for Madison’s participation in the international Solstice/Make Music festival, for instance, gave rise to a company that is now the festival’s official software provider.

The region offers numerous collaboration, incubation and acceleration spaces, such as Whitewater Makerspace and Whitewater Innovation Center in Jefferson County, the Janesville Innovation Center in Columbia County, and Sector67 in Madison. In Columbia County, the Portage Enterprise Center assists startups through mentoring, business plan development and financing. The center also has 32,000 square feet of flexible office and light manufacturing space, plus 60 acres of shovel-ready land.

Steve Sobiek, director of business development and planning for the city of Portage, says the center’s unique focus is assessing and meeting workforce needs for the region’s high-tech manufacturing and agribusiness concerns. A close partnership with Madison Area Technical College, whose robotics and computer labs are located at the center, is key to that mission.

“We have a seamless network that permeates throughout the region, and we’re continuing to build on that,” Sobiek says. “That’s the whole point of joining together as a region: we all contribute something that makes the region stronger than its individual parts. The story is just being written, and it keeps getting better and better.”