The University of Wisconsin and WARF innovate together.

Sponsored by: University of Wisconsin-Madison 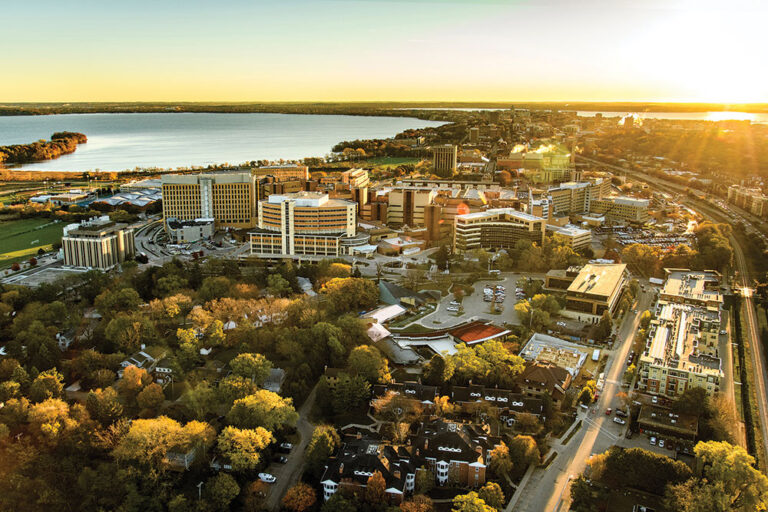 When Erik Iverson packed up his life in Seattle and arrived in Madison, Wisconsin, in 2016, his impression could be described as déjà vu.

After two decades in the Pacific Northwest – including seven years as a leader within the Bill and Melinda Gates Foundation – Iverson decamped to the Midwest to helm the Wisconsin Alumni Research Foundation (WARF).

One of the oldest and most successful “tech transfer” offices in the world, WARF works with industry to commercialize the hundreds of discoveries that arise on the University of Wisconsin- Madison campus each year (on average one discovery a day, every day, is disclosed to WARF).

With more than 2,000 active patents in its portfolio, WARF is among the Top 10 university patent producers in the world, keeping pace with MIT, Stanford and Johns Hopkins.

Powered by a tech-forward economy and high quality of life, Iverson believes Wisconsin is poised to pop. And with the advantage of hindsight, it can avoid the unintended consequences of growth, like unaffordable housing and infrastructure crunch.

“It’s incumbent on us to keep our soul” as growth accelerates, Iverson says. “Let’s get ahead of it.”

It’s a statewide vision for success. But the centerpiece is the University of Wisconsin’s flagship campus. Contributing to a combined $30.8 billion per year to the state’s economy, UW-Madison has been called an “ideas factory,” yielding more than 400 startups.

It’s partnerships that allow us to tackle the immediate and ongoing challenges that this pandemic presents.

Steve Ackerman, the vice chancellor for research and graduate education, has a front-row seat to innovation here. An atmospheric scientist by training, he champions a time-honored ideal known as “the Wisconsin Idea,” which holds that university research should touch lives outside the classroom.

“One of our primary objectives is to build relationships with industry and the Wisconsin Idea is part of that,” he says.

Scientific outreach is his passion. Beyond his duties as a university executive, Ackerman co-writes a popular column in the local newspaper called “Ask the Weather Guys” and is a regular guest on public radio.

He’s also known for talks around the state in which he describes the weather conditions that led to a famous tragedy – the sinking of the SS Edmund Fitzgerald on Lake Superior in 1975.

The powerful partnership between WARF and UW–Madison was put to the test in 2020-21. As campus researchers worked to develop and deploy viral tests, PPE and other technologies to combat COVID-19, the entire community was galvanized.

“It’s partnerships that allow us to tackle the immediate and ongoing challenges that this pandemic presents,” Ackerman says.

Learn more about the University of Wisconsin-Madison.