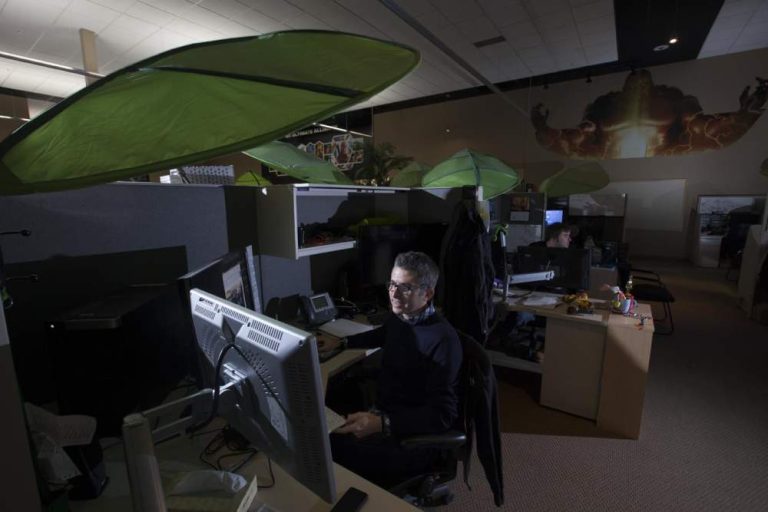 The highly popular Call of Duty video game may not be the first thing that comes to mind when one thinks about the Madison Region’s economy, but the game, developed by pioneer Raven Software Inc., is a bedrock of a blossoming game and software development industry.

The region’s ascent to the status of game development hub began in 1990 when brothers Brian and Steve Raffel founded Raven Software, makers of the Call of Duty series of games, Soldier of Fortune and a number of games around the Star Wars and X-Men franchises.

Since then, more than a dozen gaming technology startups have made their home in the Madison Region, including SkyShip Studios, developer of the online game Gloom. SkyShip CEO Eric Francksen established his business in 2014 along with two other gaming industry veterans. Francksen, a Wisconsin native, lived and worked in California for a number of years before returning to the area to start the company.

The Madison Region looks to boost its status as an entrepreneurial hub with the construction of StartingBlock Madison. The $69 million, mixed-use space will house startup businesses, investors and support services all under one roof. The center will integrate startup accelerator gener8tor, the nationally recognized makerspace Sector67, and the networking group Capital Entrepreneurs. In addition to the 50,000 square feet devoted to supporting startups, the development will also feature a music venue, commercial space, and a culinary center.

“Los Angeles was nice, but Madison has a great quality of life, an affordable cost of living and a lot of opportunities,” he says. “And Madison has one of the strongest tech communities in the region. It’s definitely larger than Milwaukee, competes with Chicago and is bigger than the Twin Cities. I wanted to establish myself in an area where I knew there would be other opportunities for my team.”

Francksen says Madison’s established tech community and the abundance of skilled gaming developers and designers in the area also influenced his location decision.

“We’ve got the University of Wisconsin-Madison, Madison Media Institute, Madison College and Herzing. All of these schools are catering to software and game development. Having an education base is huge, and then of course having other studios in the area supporting a broad talent base also matters,” Francksen says.

“There’s the Higher Education Video Game Alliance, student chapters of the International Game Developers Association and several other groups that cater to specific industry niches. You’re trying to create that place where people would be happy to settle down and be part of that community – wherever they end up working,” he says.

Kurt Squire, professor of digital media and co-director of the Games+Learning+Society Center in the Wisconsin Institute for Discovery at the University of Wisconsin-Madison, credits the creative environment fostered by higher education with helping take the gaming industry in Madison to the next level. Squire and his colleagues formed the center to explore the societal implications of games on education and business. The center helped launch the educational game company Filament Games and the nonprofit Learning Games Network, and its annual Games+Learning+Society Conference is the largest academic game-based learning conference in the country.

“When I entered the job market 15 years ago, gaming wasn’t something that people in our field (education) would go into,” says Squire. “UW has historically not forced everyone to just follow the herd, but instead has encouraged people to take risks and do things that might not immediately seem sensible. Now the idea of kids learning to read, spell or do math on an iPad through a game-like experience is completely normal.”

Squire adds that skills learned through game design are transferable outside of games. “Interface design, experience design, engagement design – those are all things that are broadly of interest,” he says.

Companies, such as health information technology leader Epic Systems, hire user experience designers, application designers and web designers all the time, Squire says.“Madison is unique in that we have a very strong creative tech sector,” Squire says. “I think without a lot of work, we could be the Midwest destination for games and interactive media.”