Festivals in the Madison Region: Ample Opportunity to Celebrate 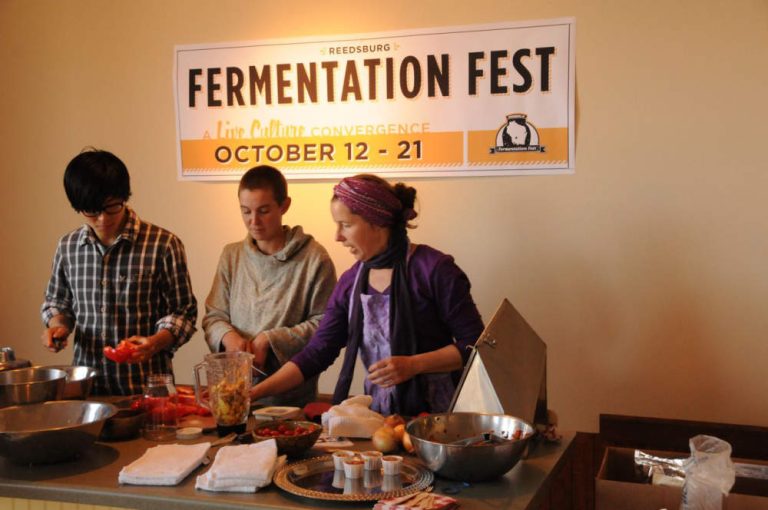 Festivals abound in the Madison Region, and many of them are devoted to the celebration of its culinary delights. There is a close relationship between the urban amenities in downtown Madison and the region’s agricultural community, creating a bumper crop of events lauding food and drink.

A thriving farm-to-table restaurant scene features such eateries as Harvest and Graze in downtown Madison. Add in an eclectic mix of festivals and events throughout the year focusing on music, art, film and outdoor recreation, and you have an arts- and-culture lifestyle that can appeal to a wide variety of tastes.

“What’s really special about the Madison Region is that we’re able to deliver on a lot of different experiences that are more reminiscent of a big city,” says Judy Frankel, director of public relations and communications for the Greater Madison Convention and Visitors Bureau. “We’re sort of a small town with big-city amenities.”

The biggest event of the year is Art Fair on the Square, which draws nearly 200,000 people to Madison’s picturesque Capitol Square each July. Approximately 500 artists have their works on display amidst a festival setting that includes music, entertainment and outdoor dining. The event is so popular that it spawned the simultaneous Art Fair off the Square for newer artists.

“The setting of the Capitol Square is perfect, because the Capitol building is an architectural piece of art in itself,” Frankel says. “So the setting helps set the tone. It’s not a craft fair. It’s truly an art show.”

The Capitol is also the site for the Concerts on the Square classical music series. These free outdoor summertime performances by the Wisconsin Chamber Orchestra feature the works of such master composers as Mozart, Handel, Haydn and Vivaldi.For those who prefer beer to Bach, the Great Taste of the Midwest has been showcasing craft beer since 1986, well before craft beer was cool. The 2015 festival, held in August in Olin Park on the edge of Lake Monona, attracted a sellout crowd of 6,000 people, who were able to sample from more than 1,200 different beers produced by 180 breweries.

“The longstanding ties that the state of Wisconsin has to beer production gives us that immediate credibility, just like our cheese production,” Frankel says. “As the craft beer industry grew around the country, the fact that this was the first one to be established has made it the premier event for beer.”

The festival fun is not confined to Madison. There are numerous community events and galas throughout the region. For example, the City of Reedsburg in Sauk County celebrates so often – from the Frosty Fest in February to the Butter Fest in June – that local officials promote it as the City of Festivals.

The fastest-growing event in Reedsburg is the 10-day-long Fermentation Fest, whose crowds have expanded like yeast from less than 5,000 to more than 20,000 over the past five years. As the name indicates, this festival focuses on all things involving fermentation, from bread to beer to chocolate to even sauerkraut. In addition to a series of demonstrations, classes and tastings, Fermentation Fest includes the Farm/Art DTour, a self-guided, 50-mile scenic driving tour along the back roads of Sauk County. During the festival, the countryside is dotted with temporary art installations, most having a farm or food theme.

“We wanted to look at the whole concept of agriculture and tie it into art,” says Beverly Hoege, member services manager for the Reedsburg Area Chamber of Commerce. “When you go on the country roads and look at the landscape that’s in this region, it’s absolutely beautiful – the woods the pastures, the fields.”

“To go along with the beauty in this area, we have had artists from across the country put art installations in the fields that coordinate with the landscape,” she says. “The concept is to honor agriculture and the farming that is done to make our food and grow our economy.”