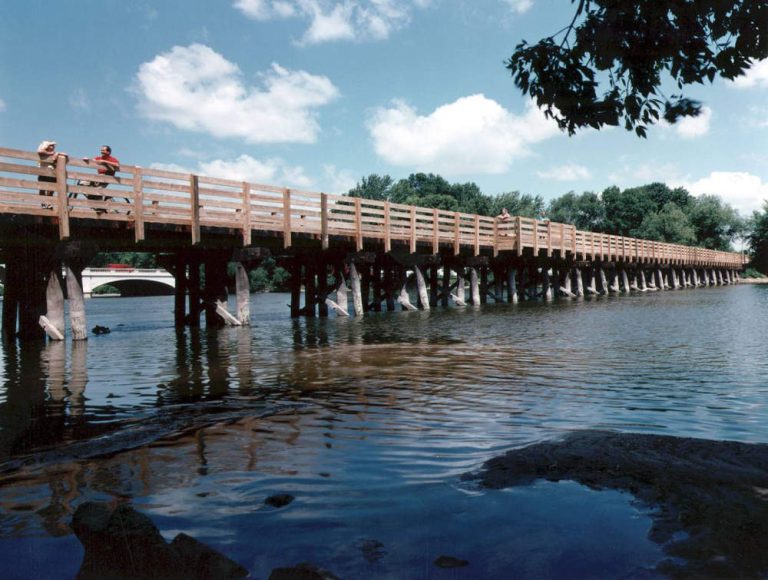 The Madison Region is built on diversity, flavored by the draw of people from all over the world who come here for higher education or to work at one of its cadre of global companies, and from lifestyle options offered by its distinct and distinctive communities.

Increasingly, local communities are earning national recognition. Madison ranked No. 1 on Livability.com’s 100 Best Cities to Live list and No. 1 on NerdWallet’s Best Cities for Quality of Life in 2014. The region’s smaller municipalities are getting their own share of recognition. For example in 2013, The Huffington Post named Spring Green the second best small town in America. The area’s individual communities reflect a variety of business, social and cultural amenities that offer something for nearly everybody.

A healthy lifestyle is woven into the fabric of the region. In 2014, Madison was rated No. 4 among USA Today’s Best Cycling Towns and No. 13 on Bicycling magazine’s Bike Friendly Cities list. The city has invested millions of dollars for bike paths and improvements. Plans include the addition of bike trails that will connect downtown Madison with a web of regional bike trails.

And it’s not all about recreation. Bicycling is also a major form of commuting in parts of the region. A Census Bureau study for the American Community Survey series released in 2014 found 5.1 percent of Madison commuters biked to work, second among cities with more than 200,000 population – and 9.1 percent of commuters walk, sixth-highest among large cities.

A common focus among many of these communities is the importance of maintaining and improving downtown business areas. Watertown in Jefferson County, for example, has invested heavily in revitalizing its historic downtown through the Wisconsin Main Street program, beefing up infrastructure, beautifying streets, and helping local businesses stay relevant and attractive.

“Downtown is the heart and soul of the community,” says Susan Dascenzo, executive director of both the Watertown Area Chamber of Commerce and the Watertown Area Main Street program. “Every community has a story to tell, and they often begin downtown, where it all began.”

Watertown launched its downtown revitalization in 2000, and in 2014, began an ambitious plan to expand improvements even further. The city plans to establish a town square on the river, expand its public library and implement a branding initiative. The historic Schemps building on its Main Street will be rehabbed into an attractive retail/office center.

“We’re excited,” Dascenzo says. “We have a lot of things going on that we hope will increase the vibrancy of our downtown.”

Downtown revitalization is in the works for Wisconsin Dells, too, in hopes of boosting its traditional popularity as a tourist draw, but also providing local residents with more amenities and economic opportunity. In the works are public plazas, enlarged sidewalks that will encourage more outdoor dining and socializing, and a 30,000- to 60,000-square-foot multipurpose public market.

“We envision something like Pike Place Market in Seattle, but smaller, of course,” says Wisconsin Dells Mayor Brian Landers. “We want to bring in the best of Wisconsin – the best foods, products right off the farm, microbrews, chocolates, crafts, arts. It will be a location to meet, gather, and experience a blend of culture, arts and food, but it will also provide opportunities for jobs and more diverse locations to shop. It will provide a lot of opportunities for local people.”

The city has also tailored its tourism efforts to address “changes in family structure, family travel preferences and technology, that all have to do with the way people vacation,” says Romy Snyder, executive director of Wisconsin Dells Visitor & Convention Bureau. In particular, it focuses on long-weekend family travel based on sporting events.

The region also offers numerous opportunities for residents to engage with their local communities. Green County, for example, offers a program to encourage the next generation of community leaders. In its 12 years, the Green County Leaders program has graduated 250 alumni, who have donated more than 200,000 hours to more than 45 community projects they have created.

“The biggest benefit, I think, is the way the program has increased social capital in Green County,” says board member Victoria Solomon. “That’s something you can’t put a price on.”