Madison region’s rich cultural offerings span the spectrum from galleries and museums to live performance and film, gardens and architecture to signature events. 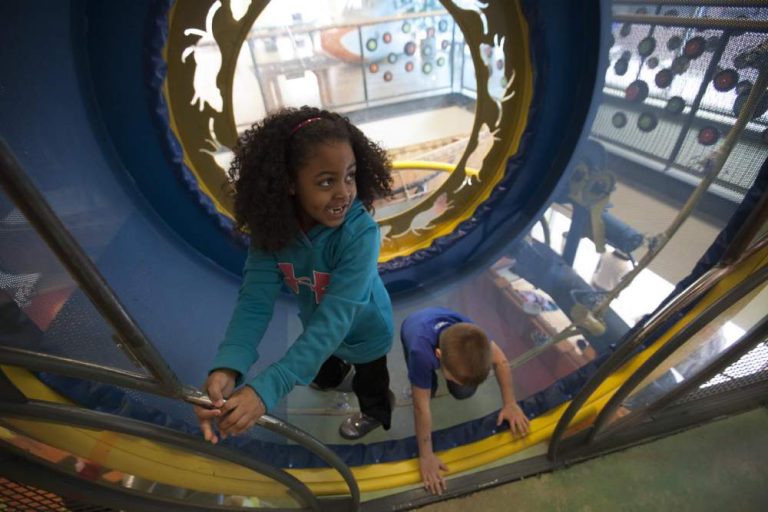 Madison region’s rich cultural offerings span the spectrum from galleries and museums to live performance and film, gardens and architecture to signature events. Livability.com named Madison one of the Top 10 Cities With the Best Music Scenes.

One of the largest contributors to the city’s music and arts scene is Overture Center for the Arts, a world-class performing arts center and gallery designed by renowned architect César Pelli. Situated in the heart of Madison’s cultural arts district, the center, which opened in 2004, includes seven performance venues and multiple galleries. Its centerpiece, Overture Hall, hosts touring Broadway productions and major recording artists, as well as opera, symphony orchestra, ballet and theater performances.

“We bring in touring artists of all kinds who, for the most part, would not perform in Madison except on our stages,” says Ted Dedee, Overture Center president and CEO.

“Overture Center for the Arts has played a critical role in our ability to sell the livability of Madison to candidates we are constantly recruiting from around the country,” says Donna Katen-Bahensky, president and CEO of UW Hospital and Clinics.

Likewise, the Madison Children’s Museum is a downtown destination, attracting 210,000 visitors annually, says Executive Director Deborah Gilpin. In 2010, the museum moved into a new home in what used to be a Montgomery Ward department store.

“It’s a beautiful old building with funky sizes and spaces throughout,” Gilpin says.

The building is LEED certified and has an art studio and rooftop garden, as well as exhibits and programs for children of various ages. Thoughtfully designed play areas such as WilderNest and Possible-opolis maximize fun while building crucial thinking and social skills. Listed among the top five children’s museums in the country by Parents magazine, Madison Children’s Museum was also the only museum in Wisconsin to receive a 2011 National Medal for Museum and Library Service.

The Wisconsin Film Festival, presented by the University of Wisconsin-Madison’s Arts Institute in association with the Department of Communication Arts, draws filmmakers from Hollywood, New York, and around the world – in addition to competitors for the Wisconsin’s Own category – and showcases new works, foreign films and restorations.

“We bring films into the area that would otherwise never be seen. It’s really the only opportunity in Madison to see films of this nature,” says Christina Martin-Wright, Wisconsin Film Festival managing director.

About 150 films play across eight screens in dedicated film venues within a 4-mile area during the eight-day April festival. Ticket sales have reached 35,000, making the festival a boon to the region’s economy.

The region’s cultural assets extend well beyond Madison’s borders. In Rock County, the award-winning Rotary Botanical Gardens showcases 20 different garden styles – many with international themes – and 4,000 varieties of plants. In winter, the gardens are transformed into an elaborate holiday lights show.

Throughout the summer and fall on 110 rolling acres near the Wisconsin River just outside Spring Green in Sauk County, the American Players Theatre performs the classics in rotating repertory on two stages: an 1,148-seat outdoor amphitheater known as Up the Hill and the 200-seat indoor Touchstone Theatre built in 2009. The group also does extensive outreach into schools.

“We have between 105,000 and 110,000 visitors a year, and we do more than 200 performances each season,” says Sara Young, APT’s director of communications. “Sitting down under the stars and hearing these plays that are hundreds of years old is a really great feeling of getting away from it all and getting in touch at the same time.”