Learn more about the unique communities that make up the Madison Region, and discover what makes them great places to live and visit. 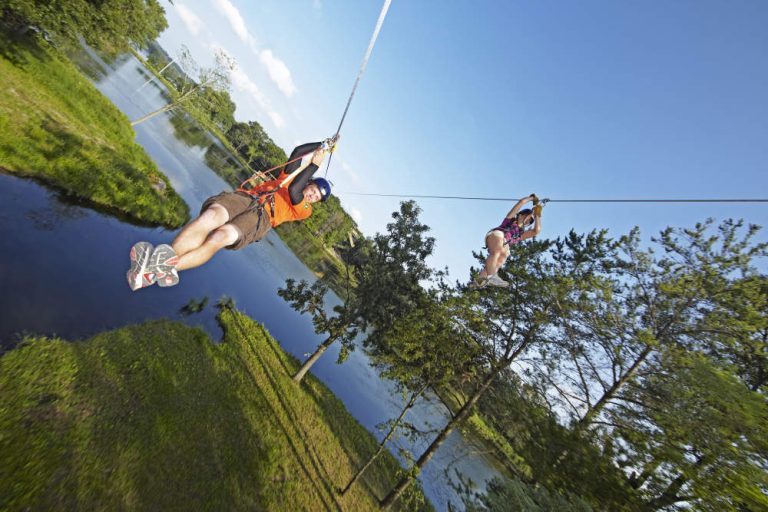 Variety is truly the spice of life in the Madison Region, where residents enjoy ready access to cosmopolitan areas bustling with activity as well as small communities that boast charming downtowns. The region is also packed with kid-friendly attractions, making it an ideal place for families to both vacation and put down roots, and its 12 state parks and dozens of hiking and biking opportunities draw outdoor adventurers.

Home to the University of Wisconsin-Madison, the city lays claim to a thriving cultural arts district anchored by the Overture Center for the Arts, which comprises 10 resident arts organizations – including the Children’s Theater of Madison and Kanopy Dance Co. – as well as seven performance spaces and four art galleries. In addition, the cultural arts district is part of Madison’s “museum mile” that stretches from the Wisconsin State Capitol to the University of Wisconsin-Madison campus and features can’t-miss destinations like the Chazen Museum of Art, Madison Science Museum and Wisconsin Historical Museum. Madison also strikes a chord with music lovers, drawing world-class entertainers to venues like the Majestic Theatre, the oldest theater in the city. Other popular entertainment venues include the Orpheum Theater, High Noon Saloon, Barrymore Theatre, Alliant Energy Center, The Annex @The Red Zone and Wisconsin Union Theater.

Local groups such as the Madison Opera and the Madison Symphony Orchestra perform regularly, too, and the community plays host to a variety of music-focused annual events like the Sugar Maple Traditional Music Festival and the Madison World Music Festival. Additionally, Madison’s cuisine scene plays a significant role in its diverse cultural climate. Taste & Travel Magazine has recognized the city for its exceptional selection of farm-to-table restaurants, such as Roast Public House and Marigold Kitchen, while Condé Nast Traveler included A Pig in a Fur Coat on its 15 Best New Restaurants in the Midwest in 2014. Madison also has a long history with the James Beard awards—one of the most prestigious awards in food. Of the 27 years the awards have been given, Madison restaurants and chefs have earned 19 different nominations.

Located about 50 miles north of Madison, Wisconsin Dells is nicknamed “The Waterpark Capital of the World,” and for good reason. Not only was the community home to the first indoor water park in the U.S., but it now comprises more water parks per capita than any other city in the world – including the 70-acre Noah’s Ark Waterpark, the country’s largest outdoor water park. Wisconsin Dells’ downtown district is also a must-visit destination that features one-of-a-kind shops, restaurants, galleries and other attractions.

“There’s never a dull moment in Wisconsin Dells,” says Sarah Hudzinski, director of marketing and communications for the Wisconsin Dells Visitor & Convention Bureau. “With live entertainment, thrilling attractions, luxurious to cozy accommodations and dining options, you’ll have plenty to do when you visit.”

Janesville, a community of about 64,000 residents south of Madison, has a thriving downtown area where a significant revitalization effort is under way. In addition to unique eateries and retailers, downtown Janesville includes attractions like the Janesville Performing Arts Center. Founded in 1845 by immigrants from the canton of Glarus in eastern Switzerland, New Glarus – located just over 25 miles south of Madison in Green County – is known as America’s Little Switzerland. The community draws approximately 200,000 visitors each year with its many Swiss-themed attractions, like the Swiss Historical Village & Museum and Chalet Landhaus Inn & Restaurant.

The famed New Glarus Brewing Co. also lures newcomers with its variety of handcrafted beers, including the popular Spotted Cow, a well-known ale only available in Wisconsin.

Also in Green County, Monroe’s revitalized downtown features a historic Courthouse Square filled with arts and entertainment destinations. Plus, downtown Monroe hosts special events throughout the year, such as Concerts on the Square in the summertime and the First Thursday Wine Walk each November.

“Right now is a great time to be in downtown Monroe,” says Jordan Nordby, executive director of Main Street Monroe. “We have a nice variety of restaurants and local shops, and downtown really is the heart of our community.”