Madison, home to the University of Wisconsin and the state capitol, is a great place to live that's striving to be an even better place to live. 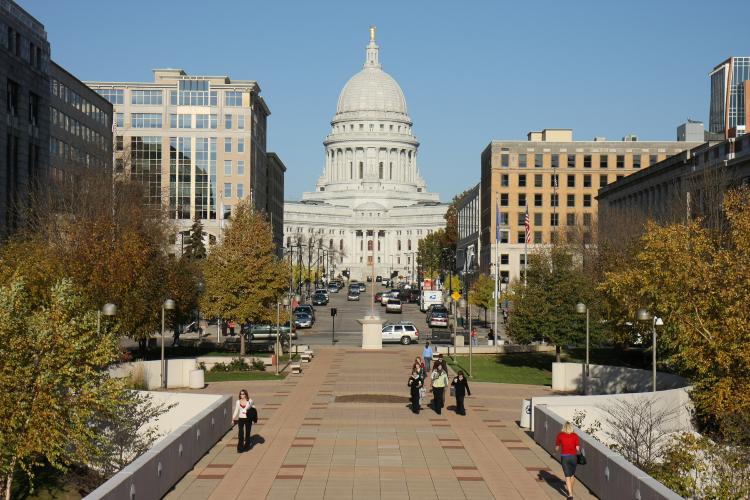 Madison came in at No. 5 on our ranking of the Best Places to Live, but it’s gunning for No. 1. While it’s hard to turn an entire city on a dime, Madison has been making strides that might not show up in the data today but could improve its ranking in the near term. Public transportation now reaches a series of previously unserved subdivisions. Bike lanes and bridges are being added to make the city more bikeable. The zoning code is being rewritten to allow for new downtown residential development and rental properties. A new superintendent has taken the helm of the school system, bringing a great new energy, according to Mayor Paul Soglin.

But what made Madison one of our best places to live for 2014? The city of roughly 240,000 residents is home to the University of Wisconsin’s main campus and is also the state capitol. These two major institutions provide some economic and employment stability and turnover of population. The town scored well in health care, education and amenities. Not surprisingly, this Big Ten powerhouse has been featured on our top college towns and top foodie city lists, among others.

Madison might lack the mountains and a year-round climate enjoyed by many of our top 10 cities, but with the university’s arboretum, nearby recreational lakes and even skiing, there are many ways to stay active and enjoy the outdoors in all four seasons.

All of this helps create a city striving to work for its mixed residents. Madison is somewhat unusual in that African-Americans, Hispanics and Asians make up equal parts of the city’s 33 percent minority population – and each of those groups are growing quickly. As you’d expect, it has a large student population, but also a sizable cohort of retirees. It’s urban, suburban and also maintains its agrarian roots. Overall, it adds up to a city that’s a very well-rounded addition to our top 10 best places to live.