Skip to content
Home > WI > Milwaukee > Where to Live Now > Moving to Milwaukee? Here’s Everything You Need to Know

From climate to cost of living to the coolest neighborhoods, here's all the info you need about living in Milwaukee — straight from a local. 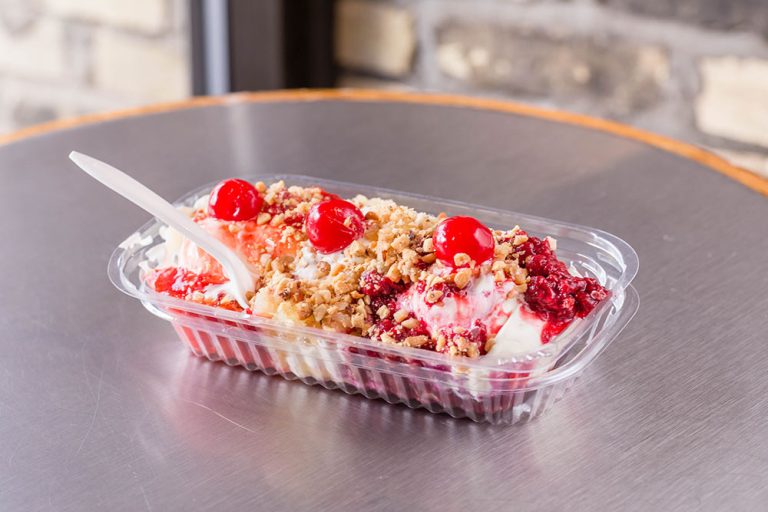 Milwaukee is not just a great city; it is, in my humble and totally unbiased opinion, the best city in the world.

We might be famous for our beer, but there’s actually a lot more to discover about this underrated gem. With significant influence from German immigrants, as well as Irish, Polish and Italian folks, modern-day Milwaukee has retained a strong streak of European charm. There’s also a coastal vibe you might not expect here in the Midwest, with beaches, sailing and endless activities to enjoy on the water. Often overlooked as Chicago’s “little brother,â€ Milwaukee actually packs a ton of culture. The city boasts the World’s Largest Music festival, tons of green space and one of the most important industries in the world.

From real talk about the weather to choosing a neighborhood, here’s everything you need to know about living in Milwaukee:

There’s no getting around that it’ll be cold and snowy here in winter. Our summers are short, but warm. We get four distinct seasons, though they do tend to blend and overlap with each other. Lake Michigan keeps the city cooler in summer and warmer in winter the closer you are to the shore, and we do sometimes get lake effect snow.

The city used to use the tag line “Cooler by the Lake,â€ and that’s really kind of a motto here. If you have your windows open as you head in from the west, you’ll feel temperatures drop the closer you get to the lakefront. Milwaukee gets muggier and more humid than most people imagine. Relative humidity is rarely under 60% and in the summer, it rivals Southern states.

You’ll find June, July and August all at or near 80 degree averages. Spring and fall vary wildly, but expect 40s into 50s in April and May, and 50s and 60s in September and October.

Expect temps below 30 in December, January and February and plenty of days where the temperatures or the wind chills will be below zero. Know that winter starts in November and lasts through March – and sometimes later. Average snowfall in December, January and February is usually around a foot, but the thing you’ll learn is that there’s nothing very average about our weather. It could be 80 on Halloween, but it could also snow. You could have shorts on at the St. Patrick’s Day parade, or you could be wearing your parka.

Milwaukee’s cost of living is 10% lower than the U.S. average. The biggest cost is housing, with most people in the city renting, while most suburbanites own. Housing costs are nearly 40% below the national average and rents are 16% below the national average. However, Wisconsin has the 10th highest property taxes in the country, which should be taken into account for new residents. The average annual property tax in Wisconsin for 2017 was $3,199.

A night out in the city is getting pricier, especially at increasingly high-end restaurants, but drink prices are still low enough to make folks from bigger cities very jealous.

The healthcare industry is the largest employer in the Milwaukee area, followed by manufacturing. One large area of growth in Milwaukee is in water technology. The city has leveraged its history of water business leftover from its brewing heyday and its location on the Great Lakes to become one of the most important water technology cities in the world. It is also home to the headquarters of Northwestern Mutual, Kohl’s, Harley Davidson, Manpower and Johnson Controls.

Milwaukee is a blue collar town, and you’ll find folks hustle here. But combine that with the few short months of nice weather and you’ll find that we tend to take advantage of our recreational time here. Case in point? Milwaukee is known as the City of Festivals. Between June and September there are more than 40 festivals and outdoor events on the calendar. That covers everything from large ethnic festivals to small neighborhoods gatherings.

10 Things to Do in Milwaukee, WI

We’ve got a great music scene with awesome, historic venues, as well as a world-class ballet and symphony. There are few cities in the world the same size as Milwaukee that can match it for both quantity and quality of the cultural offerings available. The Milwaukee lakefront is home to one of the coolest venues in the world – the Henry Maier Festival Park hosts Summerfest, the World’s Largest Music Festival – it lasts 10 days, has 11 stages and nearly 1,000 acts. And tickets are less than $25. Yes, really.

Most everyone in Milwaukee drives – more than 80% of households here have at least one car. The average commute time is right around 20 minutes and there aren’t many parts of the greater metropolitan area that can’t be reached with 20-25 minutes from anywhere.

There is a public bus system that criss-crosses the city, as well as a streetcar serving parts of downtown, the East Side and the Third Ward called The Hop that is free to ride for its first year of service. Urban biking is becoming more common and there are bike rental stations known as Bublr all over town. Inter-urban bike paths, however, cross all parts of the city and allow you to explore without leaving town.

There are at least 22 different colleges and universities in the greater Milwaukee area serving nearly 200,000 students. The University of Wisconsin-Milwaukee is the second largest in the state and is part of the University of Wisconsin statewide system. They have 194 different academic programs and the School of Freshwater Sciences is the nation’s only graduate school dedicated solely to the study of freshwater. Marquette University is the other large school in the city. The Jesuit school offers 83 different majors. Their Law School’s Sports Law program provides the nation’s most comprehensive offering of sports law courses and student internships with sports organizations.

Milwaukee has one of the most underrated food scenes in the country. When you’re so close to so much farmland, farm-to-table is much more a way of life than a trend. Many local restaurants keep an ever-changing chalkboard touting their local suppliers. Though there are a number of award-winning restaurants, one of the best parts about Milwaukee’s food scene is that you’re as likely to have an epic meal at a corner pub as you are at a white tablecloth restaurant. You can have a best-of-your life meal at Ardent or you can grab butter burgers from Kopp’s to eat while leaning against your car – and both meals will be equally memorable. The Friday Fish Fry is ubiquitous, fried cheese curds are a menu staple and frozen custard is always the best dessert option.

The East Side is home to the University of Wisconsin-Milwaukee and has the youngest vibe in the city. You’ll find tons of cool, independent shops, restaurants and bars, plus independent movie theaters and concert venues. It’s basically impossible to be bored on the East Side.

When folks age out of the East Side, they tend to head one of two directions. Wauwatosa, just west of the city, is full of young couples and families looking to settle down and have a picket fence. There are two parts of town – East Tosa and West Tosa – that have seen a ton of growth recently, so there are more dining options than ever before. It’s a pretty good mix of city and suburban still close to downtown.

Bayview is to the south of the city and is really just the East Side, but a bit more grown up. Bayview is funky and a bit alternative, with some of the best bars and restaurants in the city. It’s an awesome, eclectic mix of small shops, art galleries, coffee shops and more.

The Third Ward is all renovated lofts and condos in buildings that used to house all kinds of manufacturing. It’s very hip and is where you’ll find a lot of young professionals who love being in walking distance of world-class food and the Summerfest Grounds. Just west of there is the Fifth Ward, which is on the same trajectory as the Third Ward, but about a decade behind it.

The further west and north you go, the bigger the houses you’ll find. To the south, you’ll find old-school, working class Milwaukee. The bottom line? Whatever your vibe and lifestyle, there’s a place for you here.