In Alaska, eating fresh and local isn't a trend, it's a way of life. Here's how a new wave of creative chefs are putting the Last Frontier on the foodie map. 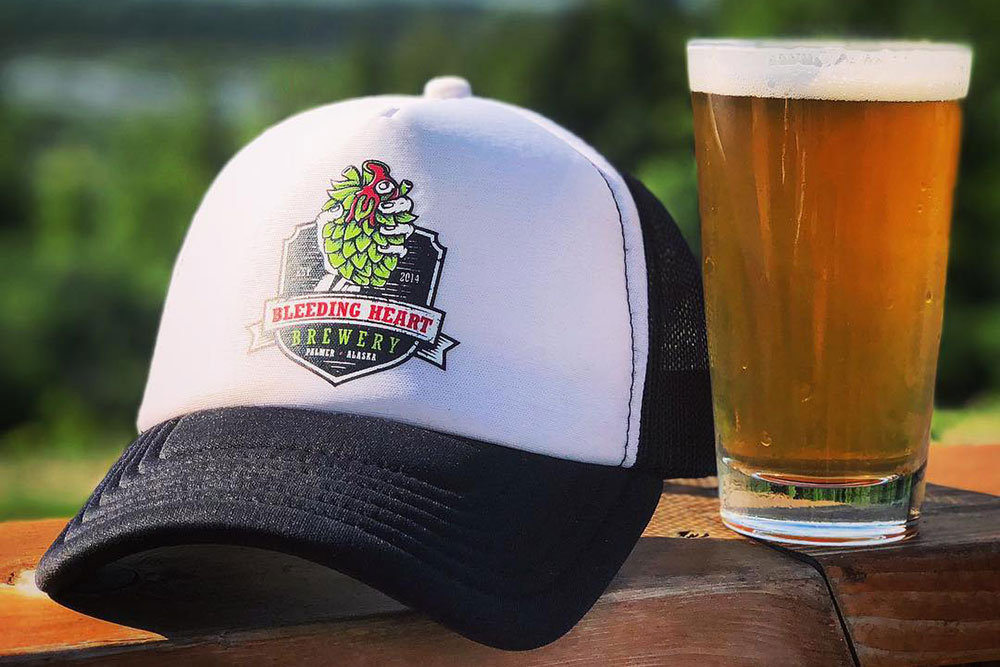 What comes to mind when you hear the phrase “Alaskan food”?

If you think reindeer hot dogs and “Deadliest Catch,” you’re not alone. But over the last few years, the Last Frontier has shifted away from its bush-life vibe and is developing a new, perhaps surprising reputation: as an emerging foodie destination.

While “eat local” has become an empty buzzword in many parts of the country, in Alaska, creative cooking with local ingredients is a long-standing tradition rooted in two simple factors: necessity and community. 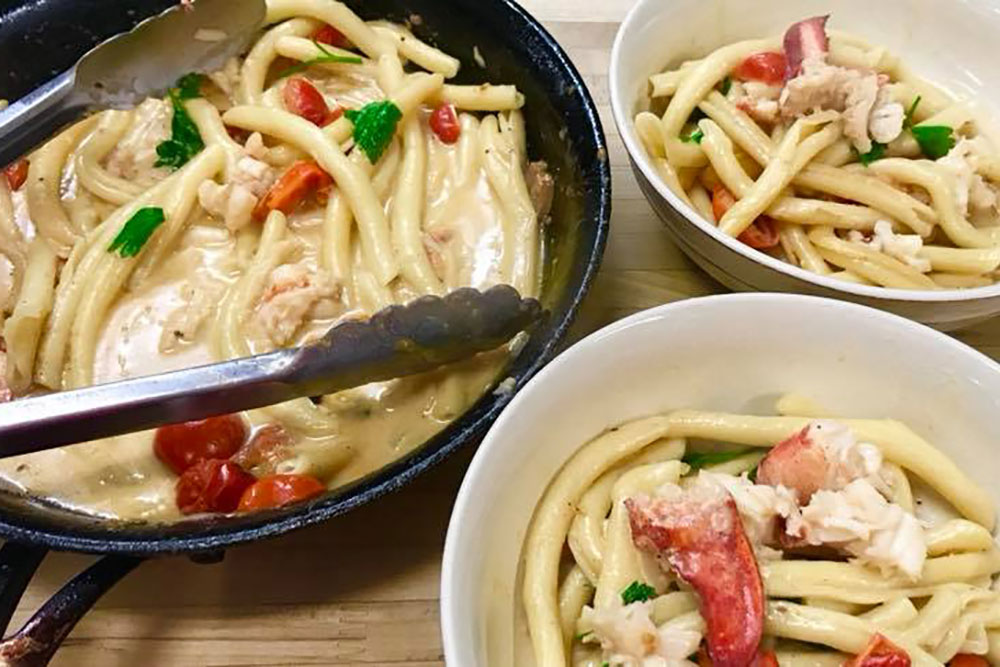 “This is a fantastic time to be a chef in this state or be a part of the Alaska food scene, because it’s not about what we can’t do, but what we can do – and what’s next,â€ says Laura Cole, head chef and owner of 229 Parks Restaurant and Tavern, which sits in Alaska’s interior just outside the truly rural Denali National Park.

Cole, who was a 2017 “Top Chef” contestant, has made a name for herself by focusing her cuisine on Alaska-sourced ingredients. Her menu features a parade of local options, including fish she has airlifted in from the coast to guarantee freshness, and pastries made with Alaska-grown barley.

With more than 2,000 miles between shipping ports in Seattle and Anchorage, fresh meat and vegetables traveling to the state from the lower-48 must make a long, expensive journey before hitting restaurant kitchens or grocery store shelves.

And while sourcing fresh veggies in the winter months can be tricky, Cole says that no food that travels across a nation is going to be fresher than what can be found in-state during the growing season. 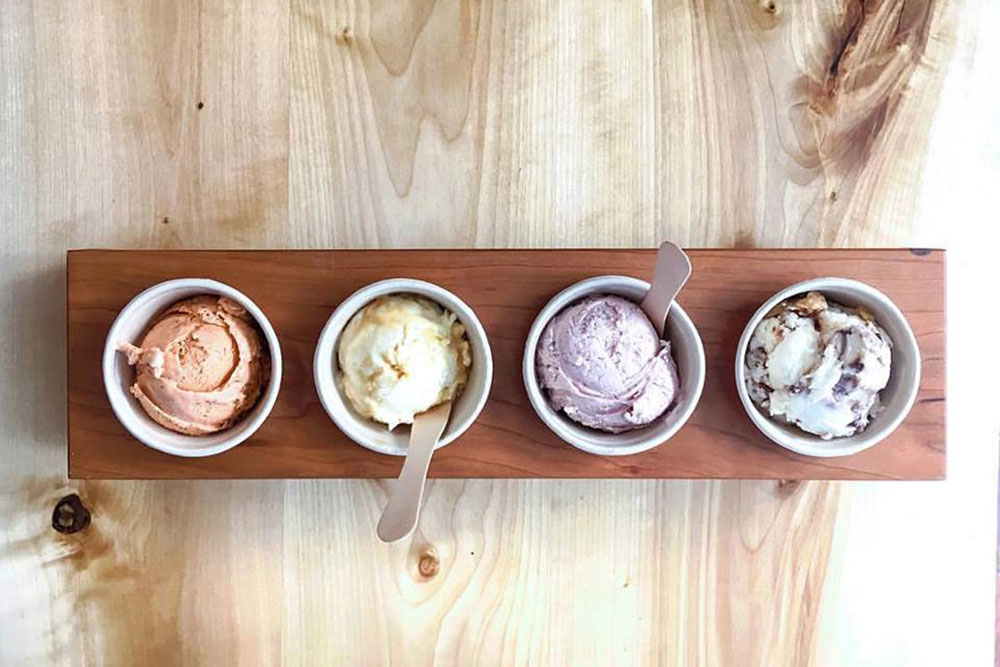 That means farm-to-table is the name of the game in Alaska, allowing chefs to skip the challenge of finessing ingredients into appearing fresh, and instead put their energy and creativity behind using those truly fresh ingredients found in the state.

The result? Eating local isn’t just a trend exclusive to high-end restaurants and hipster spots. It’s a way of life. 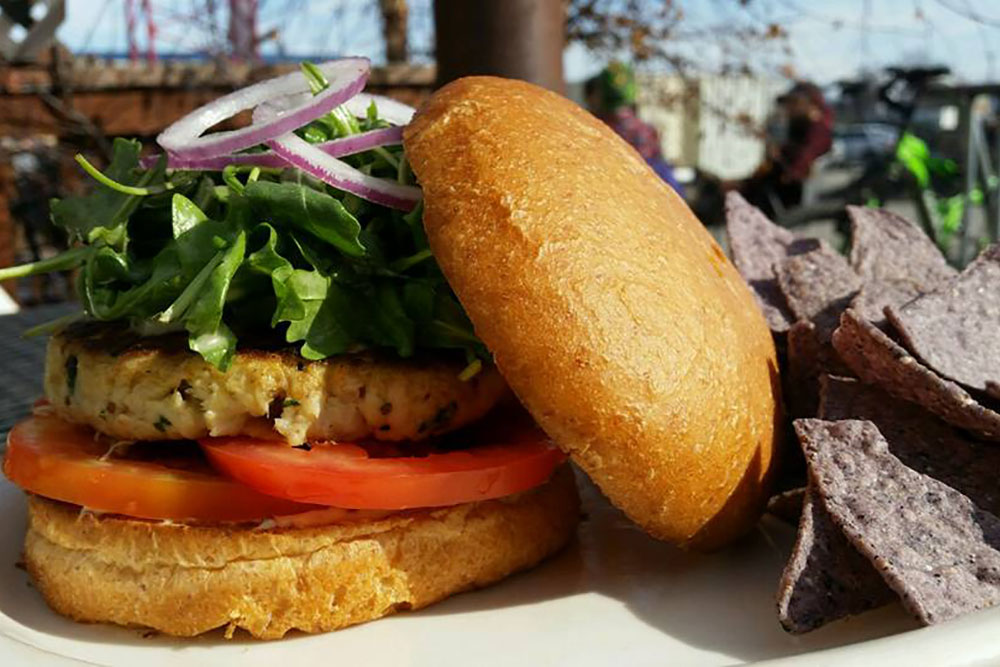 In Anchorage, the state’s largest city, fantastic food is hidden in plain sight in strip malls throughout the area. Middleway Cafe features a zesty fresh salmon burger with chipotle blueberry sauce. A beet pizza, made with locally grown beets, has received rave reviews at Hearth Artisan Pizza where it can be paired with local craft brews.

And in the downtown area, the small Wild Scoops shop often has a line of eager ice cream lovers stretching down the block, even in sub-zero temperatures. 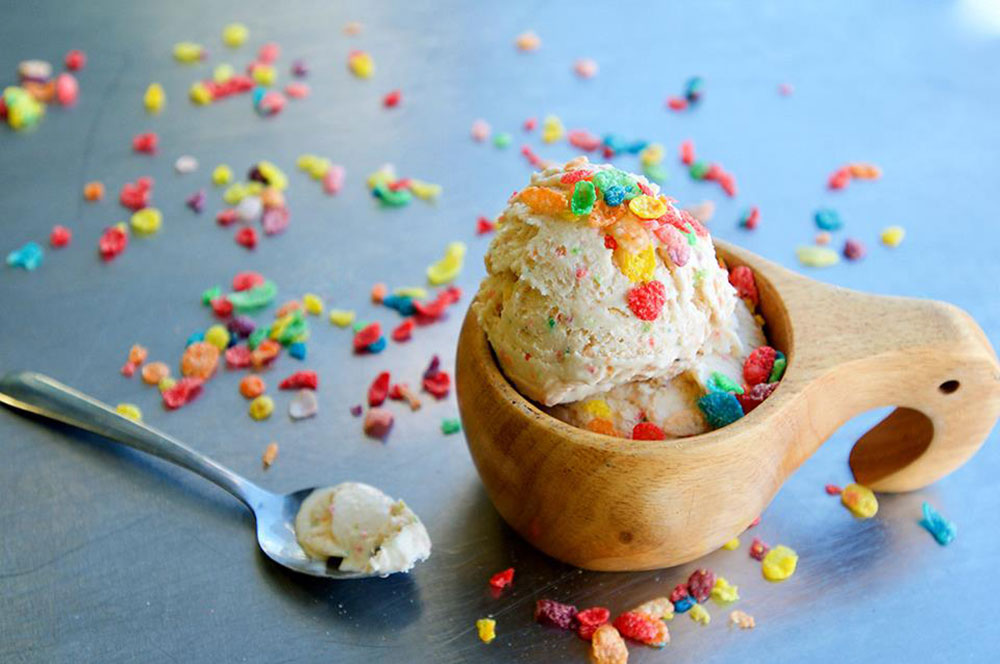 Owner and ice cream mastermind Elissa Brown not only leverages her menu to highlight local flavors, she uses it to build local relationships.

“Everything is made and served with a lot of heart in everything we do,â€ she says. “There’s a genuine love for a sense of place and collaboration with other organizations. It’s just a genuine joy in what we do, which is bring the product that we believe strongly in to the public.”

She said she trades ice cream coupons with her neighbors for their trimmed rhubarb stalks, which she then uses in offerings like the sweet Rhubarb Crumble or Summer Streusel flavors. And she personally helps her team harvest local spruce for their seasonal Spruce Tips flavor, a sweet cream based ice cream that tastes the way a forest smells.

In other words, as crazy as it sounds to go to Alaska to eat ice cream, your taste buds will thank you. 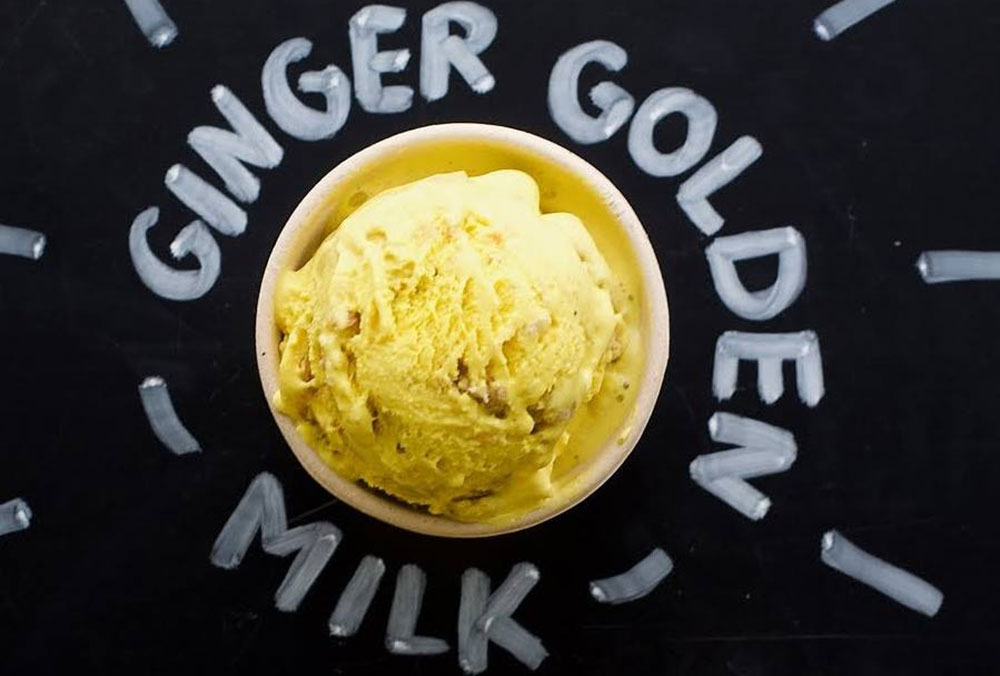 In Palmer, about an hour north from Anchorage, Bleeding Heart Brewery early this year debuted the first ever commercially brewed certified Alaska-grown beer. While craft and microbreweries are plentiful in Alaska, they typically rely on ingredients shipped into the state. But Bleeding Heart’s WildTower Lambic ale used local malted barley, locally sourced honey and hops from a local peony farm.

Zack Lanphier said choosing to use local ingredients isn’t just a matter of creating great and innovative beer – it makes them good neighbors. And that’s a benefit to both the beer and the people who get to drink it. In part because it’s so isolated, Alaskans have a long tradition of relying on their neighbors.

Cole agreed. The ability to create great food with fresh, local ingredients requires helping those farmers stay in business longterm. And that, in turn, gives foodies a reason to visit.

“When I get to work those things out on my menu and they get to be really well-received and it’s something that I’m really proud of, that’s when I feel like we’re hitting it on all cylinders,â€ she said.