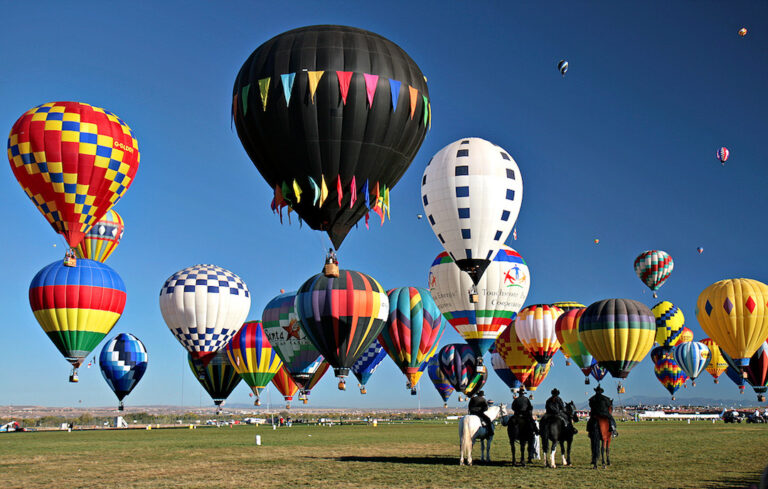 Gorgeous scenery, cultural activities and more than 300 annual days of sunshine are among the advantages of living in New Mexico, where the Land of Enchantment features a number of fine cities that offer a good quality of life and top career choices:

The capital of New Mexico, Santa Fe has numerous jobs connected to state government, while the city’s beauty and culture also make Santa Fe a tourism destination. Residents and visitors have access to a historic downtown district and several multi-use outdoor trails, and the community is served by Santa Fe Municipal Airport.

Home to Los Alamos National Laboratory, Los Alamos is a wealthy community where more than 12 percent of households have at least $1 million in assets. The scenery is amazing with four mesas and White Rock Canyon, and Jemez Mountain Scenic Byway is a popular way for motorists to view the incredible sights.

In the southeast corner of New Mexico is Roswell, internationally known for a UFO incident reported in 1947. Today, the economy is robust in distribution, farming, manufacturing and petroleum production, and Eastern New Mexico University-Roswell accommodates students. Also in the community are three main highways and Roswell International Air Center.

At the convenient junction of three rivers and three major highways is Farmington, the hub for northwestern New Mexico and economically strong in coal, natural gas and petroleum mining. Attractions include Ricketts Park, which for 50 years has hosted baseball’s Connie Mack World Series for boys ages 16-18.

Agriculture plays a big role in the economy of Portales, which is one of the nation’s largest producers of Valencia peanuts and organic peanut butter. Portales also has more than 40 dairy farms, while other key contributors to the economy include Cannon Air Force Base and Eastern New Mexico University.

The University of the Southwest and New Mexico Junior College are in Hobbs, a city whose focus on education also includes Hobbs High School that ranks among the best public schools in America. Other factors in to the overall quality of life are good healthcare, public parks, Hobbs Army Air Field and Lea County Regional Airport.

Straddling the Pecos River and bordering the Guadalupe Mountains is Carlsbad, whose economy is largely based on potash mining and petroleum production. Another big economic sector is outdoor tourism thanks largely to Lincoln National Forest, and livability conveniences include Carlsbad Medical Center and a branch campus of New Mexico State University.