Best Places To Live in Missouri 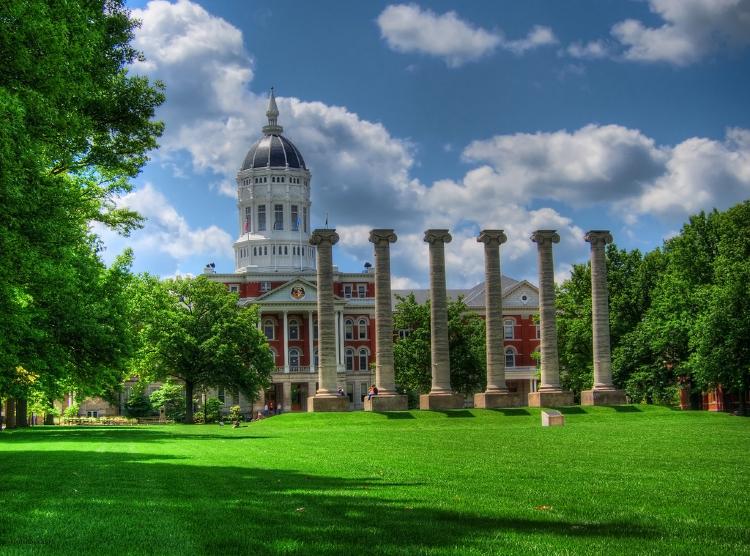 Amenities are abundant in The Show-Me State, and the following communities are some of the best places in Missouri to live, work and play.

Commonly called “CoMo,” Columbia is home to the University of Missouri as well as Columbia College and Stephens College, and all three contribute greatly to the city’s college town atmosphere. The community features strong insurance and technology sectors, and a good transportation system includes Interstate 70, U.S. Route 63 and Columbia Regional Airport.

Lake Jacomo and Blue Springs Lake are among the attractions in Blue Springs, a city that features 22 parks and three public school districts. Residents receive excellent care at St. Mary’s Medical Center, and convenient transportation choices include I-70, U.S. Route 40 and State Route 7.

With its nickname “Queen City of the Ozarks,” universities in Springfield include Drury, Evangel and Missouri State. The city has more than 25 registered neighborhoods, and the economy is based on education, healthcare, manufacturing, retail and tourism. Springfield offers six hospitals, 92 parks and Springfield-Branson National Airport.

A suburb of St. Louis and only incorporated since 1995, Wildwood is home to a new St. Louis Community College-Wildwood campus. Residents are privy to numerous recreation trails and parks, and Wildwood Town Center is an outdoor mall shopping destination. Wildwood Farmers Market is a popular warm-weather attraction.

Creve Coeur is conveniently located near Interstate 270 and U.S. Route 40, and amenities include Creve Coeur Lake and seven public parks. Nearly 70 percent of residents have college degrees, and education options are led by Missouri Baptist University. The community’s largest employer is Mercy Hospital with 6,200 staffers.

With close proximity to St. Louis, Chesterfield offers all the perks of a smaller town while being within a short driving distance to the big city. Chesterfield is home to Logan University, and residents have access to a number of walking, biking and fishing venues. Faust Park is a popular community destination, and the city stages a popular annual Sounds of Summer concert series.

Existing companies are expanding, new ones are arriving

Known for its many skyscrapers in the business district, Clayton is an upscale community where the median income for families is $108,000. Students can attend Washington University in St. Louis as well as Fontbonne University, and the downtown district has a variety of fine restaurants, boutiques and nightspots.

A good cost of living and reasonable home prices help make O’Fallon an excellent place for residents, plus the city is within easy driving distance of big-city amenities in St. Louis. O’Fallon parents can enroll their children in the high-ranking Fort Zumwalt School District or the Wentzville R-IV School District, and many festivals such as Cabin Fever Daze are scheduled throughout the year.

Address for Success: O’Fallon, MO is a Premiere Business Destination

From one-person startups to large corporations, businesses are choosing the O’Fallon region

No municipal property taxes and a range of housing prices are among the advantages of living in Ballwin, which has two school districts and a low crime rate. The city enjoys a diverse economic base, and attractions include several parks, an aquatics center and Ballwin Golf Course.

Liberty is home to William Jewell College, and major local employers include a Hallmark greeting card distribution warehouse. The city has a thriving downtown district and several buildings on the National Register of Historic Places, and notable sites of interest include three museums and a Liberty Square shopping center.

With Interstate 70 passing through the city to provide a major transportation link, St. Peters is a regional shopping and health care destination thanks to Mid Rivers Mall and Barnes-Jewish St. Peters Hospital. An extensive parks system is available to residents along with a Rec-Plex recreation complex.