Best Places to Live in Ohio

Cincinnati, Dublin, Wooster are among the top choices 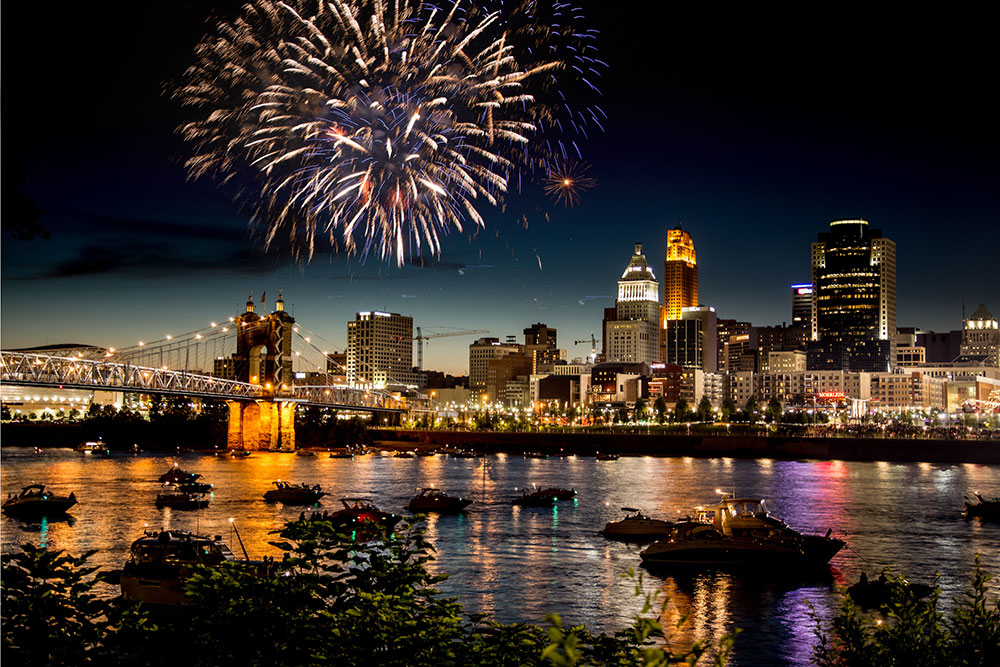 Ohio has two nicknames. “The Buckeye Stateâ€ relates to the Ohio buckeye tree, and “Mother of Presidentsâ€ is because seven U.S. presidents hailed from Ohio. The state features a fine quality of life along with the following top cities:

Nicknamed “The Queen Cityâ€ and on the border of Ohio and Kentucky, Cincinnati has a great skyline and historic architecture. The city houses pro sports teams like the NFL’s Bengals and the MLB’s Reds, and the University of Cincinnati is among the largest campuses in the U.S.

Known as the “Rubber Capital of the Worldâ€ for its long tire-making history, Akron features 20 distinct neighborhoods and several parks, and the Akron Zoo is just outside the downtown district. The University of Akron makes the city somewhat of a college town with many cuisine and entertainment choices.

Dublin becomes famous each June when it hosts golf’s annual PGA Memorial Tournament, and the community also organizes an annual Dublin Irish Festival that is one of the nation’s largest Irish-American celebrations. The city has 40 parks and 77 miles of bike trails, and the Scioto River with several waterfalls passes through Dublin.

With 1,950 students from 40 states and more than 50 countries, Delaware is home to Ohio Wesleyan University and its award-winning liberal arts program. Good restaurants and entertainment venues are throughout the city, and residents have access to a popular farmer’s market, theaters, an opera company and a symphony.

An upscale suburb on the northwest side of Columbus is Upper Arlington, with many beautiful homes that are listed on the National Register of Historic Places. A highly regarded school system is in place, and residents are privy to 30 public parks along with numerous walking trails.

Established in 1960, Brunswick is part of the Cleveland metropolitan area. A high-achieving school district is led by Brunswick High School, and the median income for families in Brunswick is $75,000. Multiple parks add to the quality of life along with a Brunswick Community Recreation & Fitness Center.

In northeast Ohio is Wooster, home to The College of Wooster and two subsidiaries of The Ohio State University. The city features a vibrant downtown district, many public parks, and seven miles of hiking trails through woods and ravines along the Rathburn Run. Another convenience for residents is Wayne County Airport.

Four parks, a soccer complex and an indoor water park are among the livability amenities in Sharonville, in southwest Ohio. Many activities also occur at both the Sharonville Convention Center and Sharonville Cultural Arts Center, and the city has a diverse cuisine scene that includes Roc-A-Fellas Pizza and Sharonville Depot Deli.

A quaint, tree-lined suburb of Columbus, Bexley is a community highlighted by a Bullitt Park neighborhood with large homes and estates. The city includes a vibrant Jewish population of more than 5,000 individuals, and Capital University is among three institutions of higher education. Bexley has many historic sites and a long-standing Drexel Theater.

Just southwest of Cleveland is Oberlin, home to Oberlin College and its 3,000 students. A major employer in the city is the Federal Aviation Administration, and the community offers a paved pedestrian and bicycle path called the North Coast Inland Trail that stretches southwest to Kipton and northeast to Elyria.