Best Places To Live in Illinois 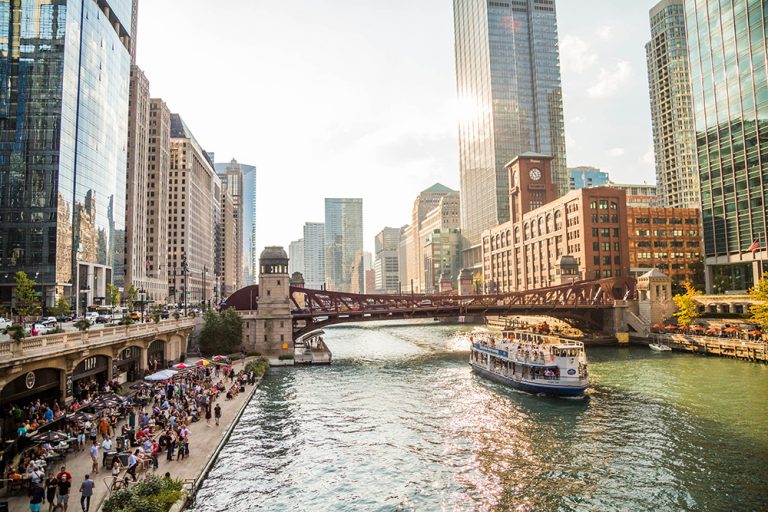 The capital of Illinois, Springfield has a number of tourism attractions and historic sites associated with Abraham Lincoln, who often practiced law here. Today, state government jobs account for more than 17,000 employees, and Springfield hosts three universities, two hospitals and a thriving Hoogland Center for the Arts.

Downers Grove is a western suburb of Chicago and home to Midwestern University. The city is proud of 25 Sears-Roebuck Catalog Homes that were built from 1908 to 1940 by using purchased kits, and a strong retail sector thrives today along Ogden Avenue. Downers Grove Park hosts numerous events throughout the year.

The largest city on the Illinois River is Peoria, known as headquarters to Caterpillar Inc. and its 15,000 employees. The community has an impressive skyline, three major hospitals and several college campuses (including Bradley University), and Peoria Symphony is the 10th oldest orchestra in the nation.

A suburb of Chicago, Naperville features 30 parks, four sports complexes, a number of satellite college campuses and Edward Hospital. Naperville Historic District, which consists of 613 buildings, is listed on the National Register of Historic Places, and the community hosts a popular Naperville Independent Film Festival each year.

Oak Park has an active arts community, and residents can frequent a dozen public parks. Frank Lloyd Wright spent the first 20 years of his career in Oak Park and constructed his home and studio, which are open for tours. The community also is home to the Ernest Hemingway Birthplace & Museum.

Home to Southern Illinois University, Carbondale is on the northern edge of Shawnee National Forest and provides several good restaurants, wineries, bars and coffee hangouts. Large shopping centers are led by University Mall on the city’s east side, and recreation choices include a Superblock sports multi-complex.

We get it. Sometimes you need a trip but all you have is a day. We’ve got you covered.

Sharing the University of Illinois at Urbana-Champaign main campus with its sister city of Urbana is Champaign, which also houses Parkland College and its 20,000 students. A number of Fortune 500 companies are headquartered in Champaign, and the city’s main commercial and entertainment district is Campustown located along Green Street.

Skokie enjoys strong manufacturing, healthcare and retail bases, and much of the city is served by a highly regarded Evanston/Skokie School District 65. Residents are privy to 10 park facilities along with North Shore Center for Performing Arts, and Skokie is only 10 miles east of O’Hare International Airport.