Lebanon, Manchester, Nashua are among many good options. 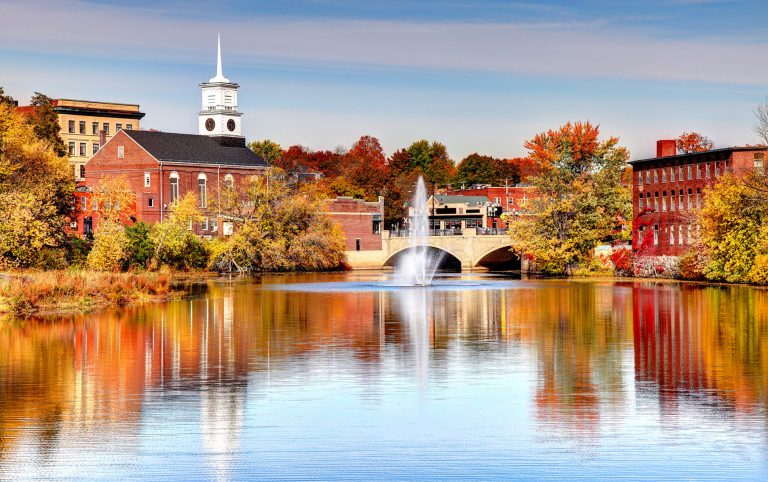 New Hampshire has areas known as the Great North Woods, Lakes Region and Seacoast, which gives residents a variety of livability choices. The Granite State has no general sales tax or personal income tax, and some of the most interesting places to live, work and play.

If you’re looking for the best places to live in New Hampshire, look no further:

Along the banks of the Merrimack River is Manchester, a city whose residents account for about 33 percent of New Hampshire’s population. There are 25 distinct neighborhoods in Manchester along with a thriving downtown, and livability conveniences include Verizon Wireless Arena, the Mall of New Hampshire and many college campuses.

Multiple parks and trails contribute to the quality of life in Exeter, a city with buildings that are constructed in many different styles of architecture. The median income for families is more than $100,000, and a major employer is SIG Sauer that manufactures firearms used by most police departments in America.

An architecturally pleasing Main Street district at the confluence of the Merrimack and Nashua rivers is among the charming aspects of Nashua, a city whose median income for families is about $100,000. Shopping choices include Pheasant Lane Mall, and the community has two hospitals and six college campuses.

In western New Hampshire near the Connecticut River is Lebanon, home to Dartmouth-Hitchcock Medical Center and Dartmouth Medical School. The economy is strong in education, healthcare, retail and technology, and the city has miles of hiking trails and a ski area. Residents are served by Interstate 89 and Lebanon Airport.

Portsmouth is a seaport community and a popular summer tourism destination, and transportation advantages include three major highways and Portsmouth International Airport at Pease. The median income for families tops $100,000, and The Music Hall is an entertainment destination that dates to 1878. Four college campuses are in Portsmouth.

Wentworth-Douglass Hospital and the Children’s Museum of New Hampshire are among the livability amenities in Dover, where high-tech and government jobs are large contributors to the economy. The city is crossed by several state route roads, and Dover has historic churches, good schools and two major shopping centers.

Along the Connecticut River is Hanover, a town that houses Dartmouth College. Among outdoor adventure attractions are Storrs Pond Recreation Area and several nature preserves and hiking paths, including the Appalachian Trail that crosses through Hanover. A strong economy is in place, and the median income for families exceeds $100,000.