Best Places To Live in California 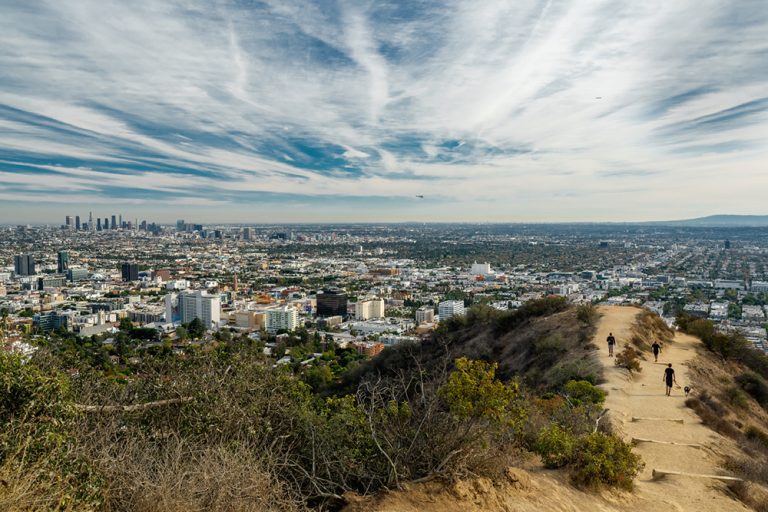 California’s warm weather, spectacular beaches and thriving business climate make it one of the most popular states in the country. Here’s a look at the best places to live in the “Golden State.”

Major film and television studios like Warner Brothers call Los Angeles home, and L.A. has more theaters and museums than any other U.S. city. Downtown L.A. delivers exciting nightlife, while the sports scene includes teams like the Lakers, Dodgers, USC and UCLA. Los Angeles has a dynamic restaurant scene and shopping destinations such as The Grove and the Beverly Center.

Where Tony Bennett “left his heart,” San Francisco remains the leading financial and cultural center of Northern California. The city’s Chinatown is the oldest Chinatown in North America, and other well-known sites include Union Square, cable cars, Fisherman’s Wharf, Lombard Street and the Golden Gate Bridge. Also incredible is the San Francisco Museum of Modern Art.

Considered the “Birthplace of Silicon Valley,” many high-tech companies and Stanford University call Palo Alto home. Some of the best restaurants in the Bay Area are in Palo Alto while the popular Stanford Shopping Center and a bustling downtown shopping district also thrive. For walkers and runners, the paved Stanford Dish Loop presents great views of the university and Palo Alto.

Regarded as one of the best cities in the world to live, San Diego has the most ideal summer climate in America as rated by The Weather Channel. Pacific Ocean beaches cater to swimmers and surfers, and the city enjoys a long association with the U.S. Navy. San Diego features diverse restaurants and pro sports teams like the Padres and Chargers.

The largest metro area between San Bernardino and Las Vegas is Victorville, situated near the Mojave Desert and Los Angeles. An affordable housing market positions the city well for business and residential growth, and the community’s annual San Bernardino County Fair is included on Livability.com’s Top 10 Best Summer Fairs list.

California’s capital city, Sacramento, is at the confluence of the Sacramento and American rivers. William Land Park has amenities like a golf course and The Sacramento Zoo, while other major event venues include the Sacramento Convention Center Complex and the Wells Fargo Pavilion. Sacramento bills itself as “America’s Farm-to-Fork Capital,” with many restaurants purchasing their food from surrounding farms.

People might be surprised to learn that Oakland is the fifth busiest port in the nation, with 200,000 jobs related to the marine cargo industry. The city yields the highest concentration of artists per capita in the U.S. along with a wide range of music and nightclub options. Oakland showcases a vast cuisine scene with numerous ethnic markets and international restaurants.

With 5.5 miles of Pacific Ocean waterfront, Long Beach is nicknamed the “Aquatic Capital of America.” Its vision is to also become the most bicycle friendly urban city in the country, and its parks department has earned several national beautification awards. Must-see attractions include the Long Beach Performing Arts Center, the Queen Mary art deco ocean liner, and whale watching tours.

Named an All-America City, Santa Clara features a variety of restaurants along with top shopping destinations such as Westfield Valley Fair mall, while Santa Clara University is the oldest institution of higher learning in California. Levi’s Stadium opened in Santa Clara in September 2014 as the new home of the San Francisco 49ers and host of Super Bowl L in 2016.