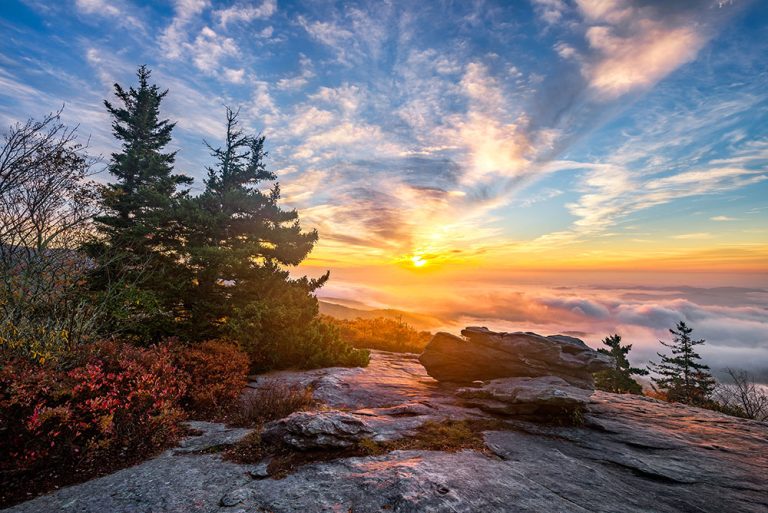 Known as the Tarheel State, North Carolina is the 10th largest state in the U.S. and had a population of over 10 million. It contains a diversity of geographical features and is divided into three sections: the mountains are in the west, the Piedmont is in the middle and the coastal plains are in the east.

Its central location on the Atlantic Coast, mild weather and economic diversity make it a great place to call home. Also, its two largest metropolitan areas of Raleigh and Charlotte are among the top 10 fastest-growing in the country. Let’s take a look at some of the best places to live in North Carolina.

Here’s a list of the best places to live in North Carolina:

Home to Duke University, Durham is part of the Research Triangle and known to many as the “City of Medicine.” This is a place with a thriving music scene and one that’s fond of its sports, especially the Duke Blue Devils. Durham also has a strong economy and ranked No. 26 on Forbes list of the Best Places for Business and Careers in 2014.

What could be considered as the heart of the Piedmont region, Greensboro is centrally located in North Carolina. It’s also the third-largest city behind Charlotte and Raleigh. It’s a food lover’s paradise, and there are over 500 restaurants throughout the city. There are also plenty of attractions including art galleries, a zoo, a waterpark and several golf courses.

Second only to Charlotte in population, Raleigh is the capital of North Carolina. It has a lot to offer with all of the attractions of a large city, but in a more laid-back setting with plenty of natural beauty. Raleigh has historical sites, museums, live shows and is the home of NC State University. It’s also an excellent place for economic opportunities and ranked No. 1 on Forbes‘ list of the Best Places for Business and Careers in 2014.

This is the largest city in western North Carolina and is a must-visit for nature lovers. Asheville is an artsy city that brews fantastic beer and is home to award-winning chefs, two of its traits making Asheville one of the best places to live in the U.S. Cradled by the Blue Ridge Mountains, Asheville draws in outdoor enthusiasts who love to be sprayed by the mist of waterfalls while on their hikes and get excited for the crunch of leaves under hiking boots when autumnal colors paint the trees. It’s also homely to the largest privately-owned home in America, the Biltmore.

Also part of the Research Triangle, Chapel Hill is a city with an emphasis on education. The University of North Carolina is located here, which is a school that’s passionate about its basketball and home to the Carolina Tar Heels. Area attractions include performing arts, outdoor recreation activities and an off-the-charts music scene.

This is the largest city in North Carolina and the second-largest banking center in the U.S. after New York. It’s home to numerous corporations, including seven Fortune 500 companies. It’s known for automotive racing with the Charlotte Motor Speedway, and it’s where the NASCAR Hall of Fame is located. In terms of attractions, Charlotte has several museums, sporting venues, an amusement park and performing arts centers.

More than a dozen buildings are listed on the National Register of Historic Places in Greenville, a vibrant city with academic choices like East Carolina University and Pitt Community College. Greenville has several major U.S. and state highways that provide easy access to interstate systems, and the city has a robust entertainment and nightlife scene.

Located only a short distance from Greensboro and the fourth-largest city in the state, Winston-Salem has strong ties to both the tobacco industry and furniture making, and its history dates back to the 1950s. It’s a destination for wine lovers, and there are more than 35 wineries in Winston-Salem and its surrounding areas. The city is also a great place for recreation, with 75 parks and 12 golf courses.

Known as the Harbor of Hospitality, Elizabeth City is a waterfront community on the eastern seabord and is conveniently located just 45 minutes outside of Norfolk, VA. The United States Coast Guard calls the harbor home and the North Carolina Potato Festival is held here annually. Architecture buffs also love the city and can enjoy six National Register Historic Districts.

Nicknamed the ‘Home Furnishings Capital of the World,’ High Point enjoys a long history of quality furniture making and is still home to more than 40 retail furniture outlets today. The economy has diversified into sectors like banking, distribution, pharmaceuticals and technology. This beautiful city is highly educated and is home to three universities. If you’re looking to get out and about, explore the High Point City Lake Park and the greenways throughout town.

Located in the Outer Banks region of North Carolina, Wilmington is a premier destination for beach lovers. In only a short drive, it’s possible to access Carolina Beach, Kure Beach and Wrightsville Beach. This is an area steeped in history, and European settlements can be traced back to the early 1700s. Because of its position along the Atlantic Coast, Wilmington played a role in both the Civil War and World War II. Area attractions include the Cape Fear Museum of History and Science, the USS Carolina Memorial and the Confederate Memorial.

Just outside of Raleigh and the Research Triangle, Cary is close to all the amenities of a large city while still maintaining a small-town atmosphere. It’s an economically prosperous city and has one of the lowest crime rates in the U.S. Cary is also clean and green and offers 36 greenway trails, which are perfect for a variety of recreational activities.