Best Places To Live in Connecticut

Whether you prefer quaint towns or bustling cities, see what the Nutmeg State has to offer. 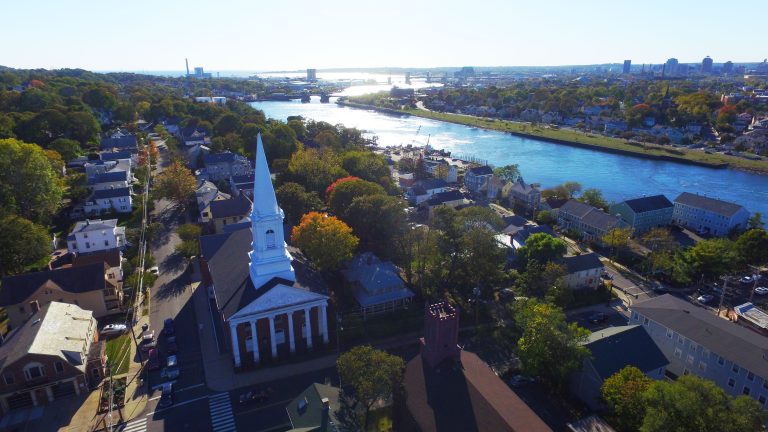 Connecticut has diverse and historical cities that residents and visitors can enjoy. Here are the best places to live in Connecticut:

New Haven is perhaps best known as home to Yale University, the city’s largest employer. Also contributing to the vibrant economy are industries like health care, biotechnology, financial services and retail trade. New Haven is nicknamed “The Elm City” for its tree-planting program, and residents can enjoy more than 50 Zagat-rated restaurants.

A total of 70 distinct neighborhoods and historic districts grace the community of Bridgeport, and residents have access to four higher education institutions including the University of Bridgeport. Contributing to the city’s quality of life are more than 40 parks along with two hospitals — Bridgeport Hospital and St. Vincent’s Medical Center.

Residents of Waterbury have excellent health care options thanks to St. Mary’s Hospital and Waterbury Hospital, while students have the choices of five college/university campuses. The city features 25 neighborhoods and a number of historic landmarks, including a 240-foot-high Union Station Clocktower as well as statues of Christopher Columbus and Ben Franklin.

There’s no shortage of fun things to do in this small but mighty state.

Along the Connecticut River in the middle part of the state is Middletown, a residential community and college town for Wesleyan University. Residents have good health care choices thanks to Middlesex Hospital and Connecticut Valley Hospital, and the quality of life is enhanced by a Kidcity Children’s Museum along with several parks.

Known as “The City That Works,” Stamford is home to nine Fortune 1000 companies. More than 53 percent of adult residents have earned a college degree, and the median family income is $100,000. The city has 45 neighborhoods and its park system includes Jackie Robinson Park, named after the baseball legend who lived in Stamford.

The city of Danbury houses Western Connecticut State University as well as Danbury Hospital, a 371-bed, 3,300-employee hospital that serves patients in Fairfield County along with Putnam County, N.Y. The leading employer in Danbury is pharmaceutical giant Boehringer Ingelheim, and the community features many parks, hiking trails and historic buildings.

Nicknamed “Oyster Town” for its long history of seaside oyster farming, Norwalk still hosts an annual Oyster Festival every September. The city has nearly 25 distinct neighborhoods along with a strong arts and culture scene, and the economy is based on manufacturing and retail. Students have access to Gibbs College-Norwalk as well as Norwalk Community College.

The coastal city of Milford sits along Wepawaug River and has more than 14 miles of shoreline facing Long Island Sound. The arts community schedules several events each year at Milford Cultural Center, and the city has a dozen sites on the National Register of Historic Places, including Washington Bridge that spans Housatonic River.

Home to the University of New Haven, West Haven is a community of three neighborhoods: Allington, West Haven center and West Shore. The city houses a U.S. veterans hospital as well as Yale Field for the Yale University baseball team, and a Green Historic District features 20 buildings along with memorials and monuments.