Best Places To Live in Louisiana 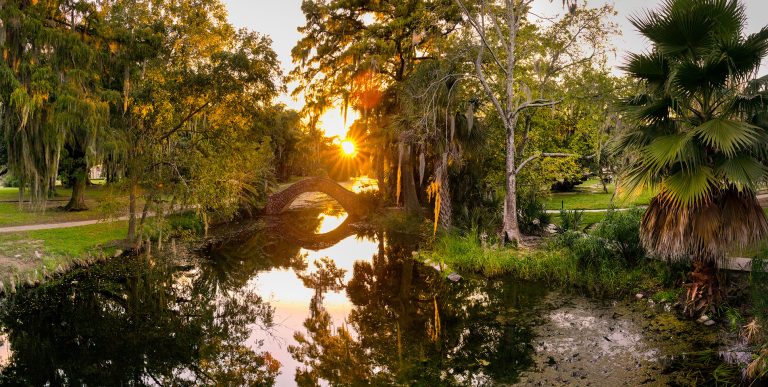 Mild climate, a low tax rate and lovely scenery are among the many positive aspects of living in Louisiana, and here are some of the top cities in The Pelican State.

A large community in the New Orleans metropolitan area, Metairie remains an unincorporated city even though its population is 140,000. Metarie hosts a major Mardi Gras each year that advertises itself as more family-friendly than celebrations in New Orleans, and the community has a vibrant restaurant scene and a popular Lakeside Shopping Center.

Located along the Vermilion River is Lafayette, nicknamed “The Hub City” because it serves all of southwestern Louisiana. Lafayette has one university and three colleges, and a pair of major health care facilities serves residents. The city has a revitalized downtown, and Lafayette is home to a National Guard headquarters.

Lake Charles is a major industrial city in southwest Louisiana and home to McNeese State University. The top employer is Calcasieu Parish School System, and the second-largest employer is L’Auberge Casino Resort. A Mardi Gras celebration in Lake Charles has a history dating to 1882, and several petrochemical plants are located in the city.

Nicknamed “Andouille Capital of the World” (andouille is a variety of spicy sausage), LaPlace is in the New Orleans metropolitan area and serves as home to the Port of South Louisiana along the Mississippi River. Other transportation assets include two interstates and U.S. Route 51, and LaPlace students can attend highly ranked St. John the Baptist Parish Schools.

8 Reasons to Move to LaPlace, LA

Kenner is home to Louis Armstrong International Airport, which serves as the main airport for New Orleans. Also in Kenner are the Pontchartrain Center convention complex along with Ochsner Medical Center, Treasure Chest Casino and The Esplanade Mall. City amenities include a Rivertown historic district and Laketown Park.

Closely tied to its sister city Shreveport on the opposite bank of the Red River is Bossier City, a community with three casino resorts. Students can attend Bossier Parish Community College as well as Louisiana Tech University at Shreveport-Bossier City, and Barksdale Air Force Base is located within the city limits.

8 Reasons to Move to Louisiana

Monroe sits along the Ouachita River and houses the University of Louisiana at Monroe. Residents have access to St. Francis Medical Center and Glenwood Regional Medical Center as well as Pecanland Mall and the Louisiana Purchase Gardens and Zoo. The city has four golf courses and an excellent transportation network.

On the banks of the Red River is Alexandria, located in the geographic center of Louisiana. Several small bayous with wildlife habitats highlight the city, and crops grown in the community include cotton, corn, sugar and alfalfa. Alexandria is also known for its Cajun, zydeco, blues and jazz music.

Discover how agriculture has a rich heritage in Southwest Louisiana, and its success as an industry can be traced to several factors.

Ranked among the most affordable cities in America, Houma has its entire downtown listed on the National Register of Historic Places. Many residents make their living as fishermen, shrimpers, crabbers and oystermen, and the economy is bolstered by the oil industry and ship building. Quality of life amenities include Houma-Terrebonne Airport.

New Iberia features several bodies of water such as Spanish Lake and Lake Peigneur, and tourism is a major industry thanks to natural attractions like Jungle Gardens bird sanctuary. The community hosts an annual Louisiana Sugar Cane Festival along with the annual World Championship Gumbo Cook-Off.

Manufacturing and agriculture are primary economic sectors in Pineville, and located adjacent to the city is Camp Beauregard operated by the Louisiana Army National Guard. Adding to the quality of life in Pineville is Central Louisiana State Hospital, a large sportsplex, many independent restaurants and a refurbished downtown area.