Best Places to Live in Oklahoma

Some of the best include Lawton, Muskogee, Enid 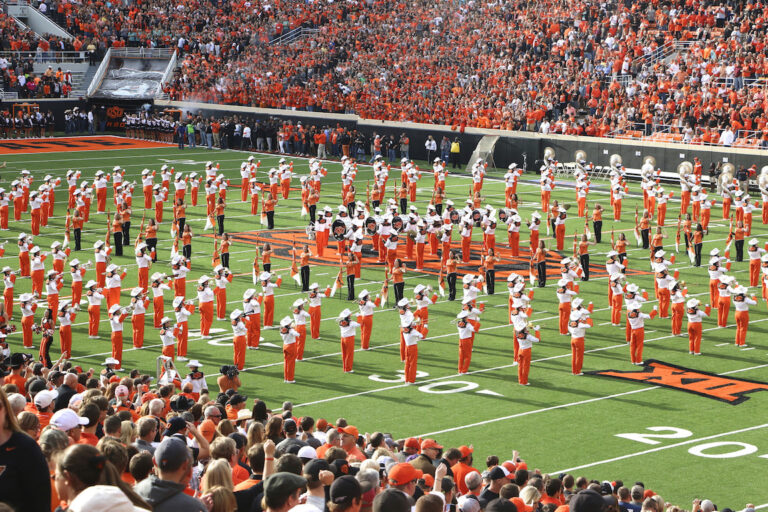 A strong economy, cultural attractions and outdoor recreation opportunities are key highlights of life in Oklahoma, and The Sooner State features a number of first-rate communities that are the best places to live for many residents and visitors:

Home to Oklahoma State University, Stillwater enjoys a diverse economy in sectors like aerospace, agriculture, electronics, publishing and technology. Being largely a college town means that the city has multiple shopping, dining and nightlife venues, and residents have conveniences like Stillwater Medical Center, dozens of parks and four golf courses.

An economy strong in education, healthcare, manufacturing and retail contributes to the overall success of Lawton, which is lined by the Wichita Mountains and houses Fort Sill Military Reservation. The city has an airport, 80 parks and three major hospitals, and motorists have the luxury of Interstate 44 and three U.S. highways.

Immortalized in the 1969 Merle Haggard song Okie from Muskogee, the city of Muskogee is an economic hub for eastern Oklahoma and also serves as a major port on the Arkansas River. Several highways make the community ideal for distribution companies, and students have four higher education choices.

With about 30,000 students enrolled, Norman is home to the University of Oklahoma and its popular Sooners athletic programs. The university is the main reason for many cultural and entertainment attractions in Norman, including multiple free festivals. The city has 55 parks, several housing options, good hospitals and easy access to Interstate 35.

On the northern border of Oklahoma City is Edmond, home to the University of Central Oklahoma. The local economy is strong in construction, manufacturing, retail and technology, and transportation advantages include I-35 and U.S. Route 77. Residents are privy to about 20 parks and Oklahoma University Medical Center Edmond.

One of the largest concentrations of manufacturing companies in Oklahoma is in Broken Arrow, where the median income for families tops $90,000. Blue Bell Creameries is headquartered here, and the downtown district is undergoing a major renovation. Also in the city are Northeastern State University-Broken Arrow and many parks and trails.

The long-standing musical Oklahoma! is set in Claremore, a city in northeast Oklahoma known largely for its most famous resident, entertainer Will Rogers, and home to Rogers State University. A good transportation system is in place, including only a short drive to the Tulsa Port of Catoosa a few miles away.

Southern Nazarene University and Southwestern Christian University are located in Bethany, a suburb of Oklahoma City. The community has several neighborhood parks, an airport, high-ranking public schools and Deaconess Hospital at Bethany, and the Federal Aviation Administration has a regional office. The Pinto Horse Association of America is headquartered in Bethany.

Nicknamed “Wheat Capital of Oklahoma,” Enid is among the largest grain-storage cities in the world. Also designated as the “Purple Martin Capital of Oklahoma,” the community has two hospitals and Northwestern Oklahoma State University. Cultural choices include an annual Tri-State Music Festival and summertime Shakespeare in the Park productions.

A northern suburb of Tulsa, Owasso is in the state’s “Green Country” region of vegetation, lakes and hills, and the median income for families tops $90,000. The quality of life includes two hospitals, a large youth soccer program and top golf courses, and the community hosts an Owasso Harvest Festival every October.