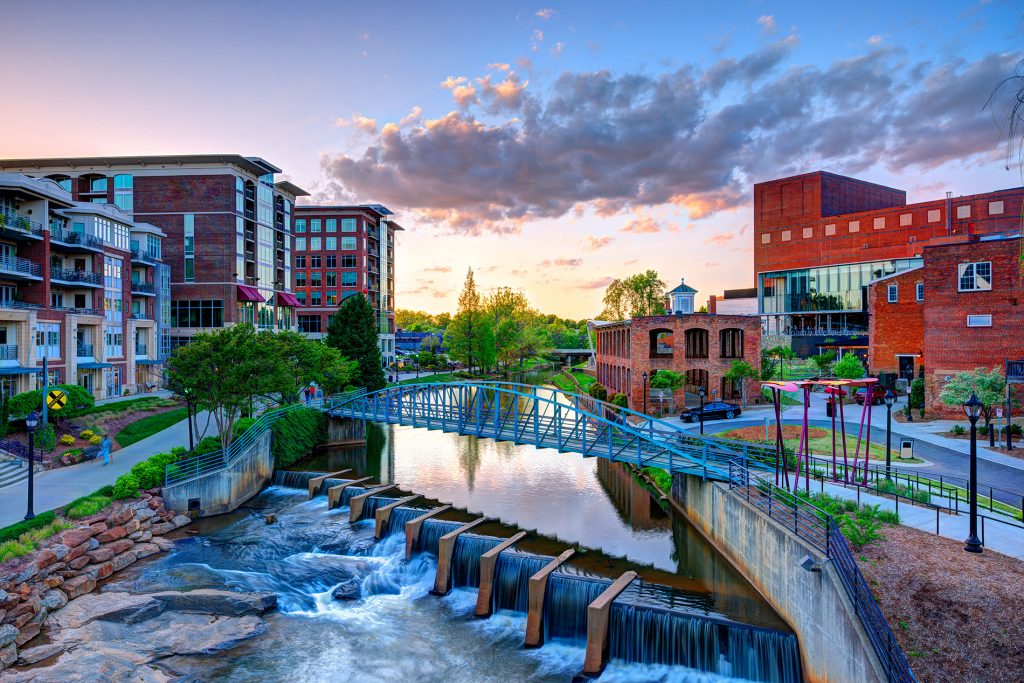 These 10 Palmetto State cities combine history, recreation and culture to create an atmosphere that can’t be missed, making them the top places to live in South Carolina. Read on to discover which cities made the cut.

Known for its rich history and Southern charm, Charleston features well-preserved architecture and a mix of historic attractions, such as Fort Sumter, Magnolia Cemetery, Drayton Hall and the Aiken-Rhett House. In 2014, the city earned a spot on Conde Nast Traveler‘s Best American Cities for Foodies list thanks to unique restaurants like The Ordinary and Xiao Bao Biscuit.

The state capital and the largest city in South Carolina, Columbia includes major attractions like the 170-acre Riverbanks Zoo and Garden and the 18,000-seat Colonial Life Arena, which is the state’s largest arena. The city is also a college town, thanks to the University of South Carolina, and the school’s Gamecocks sports teams are a major draw.

Myrtle Beach, the No. 1 city on TripAdvisor’s list of Top 10 Summer Vacation Destinations for 2014, is centrally located on the Grand Strand. The city and surrounding areas feature more than 60 miles of beaches and offer water activities such as swimming, boating and fishing. Myrtle Beach also includes Family Kingdom, an oceanfront amusement park, as well as the East Coast’s only 200-foot SkyWheel.

Nicknamed the Gamecock City after Gen. Thomas Sumter, the “Fighting Gamecockâ€ of the American Revolution, the city lays claim to the only public park in the U.S. that includes all eight swan species – Swan Lake Iris Gardens. Sumter is also known for its festivals and special events, including the Iris Festival, Halloween on Main, the Poinsettia Festival and Fourth Fridays.

Located in the heart of Thoroughbred Country, Aiken is a can’t-miss city for equestrians. The Aiken Steeplechase Association hosts two steeplechase racing events annually, while the Aiken Thoroughbred Racing Hall of Fame and Museum commemorates the area’s rich history in the sport. College students are drawn to the area, too, thanks to the University of South Carolina Aiken and Aiken Technical College.