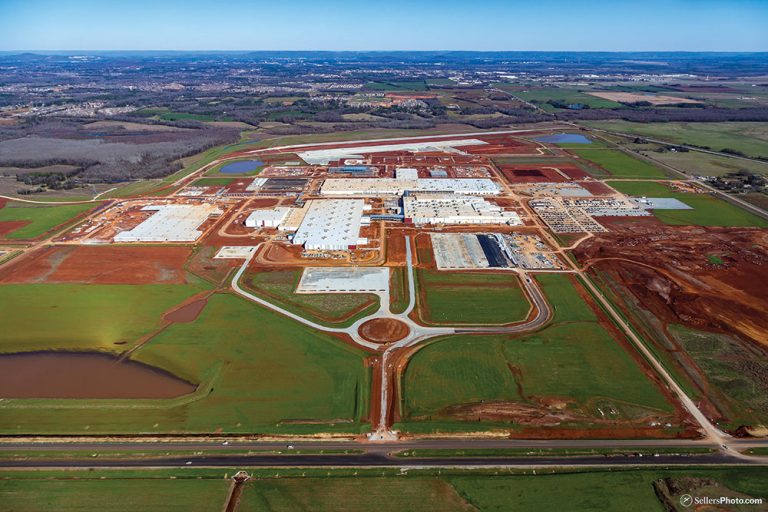 When Mazda Toyota Manufacturing (MTM) leaders chose Limestone County as the new home for a $1.6 million, 3.7-million-square-foot production facility, they committed to bringing 4,000 jobs under their roof, another 2,000 jobs with supplier partners that are building on their campus, and a projected six-fold increase in indirect jobs in the area, as restaurants, stores, hotels and other local businesses cater to first the construction workers and later to new area residents.

“There is a tremendous amount of new payroll entering into North Alabama as a result of this project, says Mark Brazeal, vice president for administration at MTM. “We want to be the type of company that supports the local community. We’re getting great support, and we most certainly want to give back in philanthropic activities, but also hands-on, boots-on-the-ground type of community support activities as well. We’re really here to stay.”

While the initial hiring is from the outside, the company is committed to developing the workforce, growing talent and promoting from the inside.

Brazeal, an Alabama native himself who moved back home to work for Toyota.

The plant didn’t begin the business boom in the area, but the promise of so much growth has led to numerous quality-of-life improvements in the area.

Where locals used to have to travel 20 miles into Huntsville for errands, shopping, restaurants and entertainment, the tremendous growth that Limestone County has seen recently has brought a lot of conveniences closer to home.

In addition, there are a number of major metropolitan areas within three hours, giving residents a wide variety of entertainment and vacation options. But despite the area’s growth, there is still a small-town feel, says Bethany Shockney, president and CEO, Limestone County Economic Development Association. And for those who are interested in a more rural way of life, country living still exists here.

“You can be 20 minutes into Huntsville for all the hustle and bustle and all the activities and services that you could ever want, you can also go 10 minutes to the west and you can be as country as you want to get. You can be in the hills and hollers in a matter of seconds. It depends on which way you want to drive as to how you’re going to be affected by all of the growth,â€ Shockney says.

Beyond economic and commercial growth, quality of life in Limestone County continues to improve because of infrastructure improvements that have been made for the new businesses in the area. Residents have access to sewer lines instead of using septic tanks and access to fiber internet. Streets have been built and widened and other infrastructure improvements necessary for the success of the new plant have been made that are also beneficial to local residents.

Mazda Toyota wasn’t the first business to find a home in Limestone County. The area’s growth has a ripple effect. The strong foundation of companies, education and infrastructure that already existed played a large part in MTM choosing the site it did. Now its business has brought supply partner companies as well as national and international attention to Limestone County. The future possibilities in the area are promising.

“Not only has Mazda Toyota caused this growth and enhanced quality of life, but because of the economy right now, many of our other companies in the area are in a growth model. Several of our companies have had great success and have expanded or added more people, added more shifts, added more new technology,â€ Shockney says.