City checks all the boxes for infrastructure assets 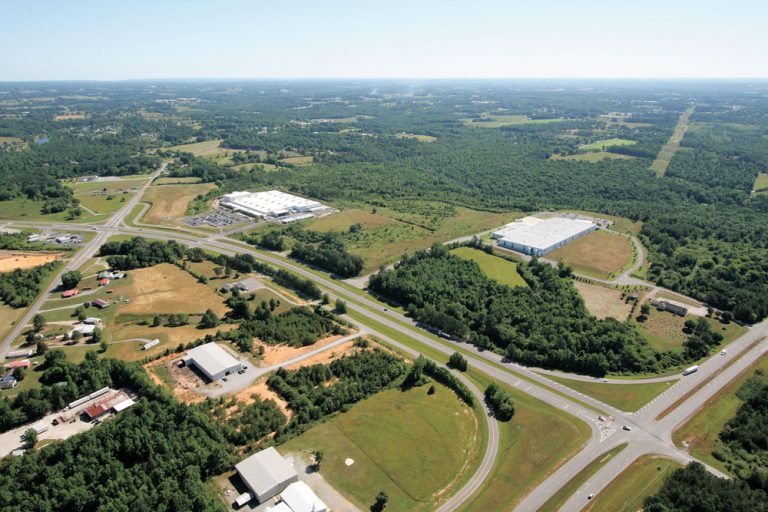 The Cullman area’s story can’t get much better when it comes to location, infrastructure, transportation assets, available land and water resources, and that’s a huge factor in why the community leads the state and ranks nationally for economic growth.

For companies that like to ship freight by rail, CSX Railroad serves the region. For air service, Cullman Regional Airport is equipped to handle industrial cargo planes, corporate jets, turboprops and smaller private planes. Its runway is 5,500 feet long and lighted, and the airport has a terminal with a full-service restaurant.

Cullman is also home to five industrial parks, and for the last four consecutive years the city has placed in the Top 5 of all Micropolitan Economic Areas in the United States, as compiled by Site Selection magazine.

In addition, Cullman ranks No. 1 for total economic development and expansion projects in Alabama, and No. 9 for jobs created by expansion projects. The area’s economy is vibrant in sectors like agriculture, distribution, education, manufacturing and technology.

As for quality of life, many of these assets are just as important to everyday living and weekend fun, too. Businesses and residents alike benefit from plenty of water via two important sources – the older Lake Catoma and the new Duck River Reservoir that also offers recreational opportunities such as trails and boating/fishing. The reservoir features 20 miles of walking and biking trails around the 600-acre body of water, which is just east of Cullman along U.S. 278.

And of course there’s the water for which the area is best known, Smith Lake. A huge recreational draw from all over the region, it is accessible off I-65 at exits 299 and 304, as well as a relatively new exit 305 that connects to Highway 222 and goes directly to the lake. Smith Lake’s wooded scenery and spectacular sunsets frame the usual fun-in-the-sun stuff – boating, fishing, tubing, paddle boarding, skiing, jet-skiing and, of course, leisurely lake living.

Attractions along Smith Lake include Trident Grille and the Trident Marina, which is in the process of a major expansion. For fishing enthusiasts, Smith Lake has more than 500 miles of shoreline for good catches of bass, bream, catfish, crappie and rainbow trout.

Best of Both Worlds

Perhaps the people who benefit the most are those fortunate enough to call the Cullman area home for both themselves and their business, like Heath Williams. In 2006, Williams founded and established a company called YELTEK, LLC to fill a need for IT tech services in the market.

“I was born and raised in the Cullman area and still enjoy living here, and my business is right in the downtown district on Town Square,â€ Williams says. “YELTEK fills an important niche in North Alabama, offering tech services like firewall support, network security, website development, search engine optimization and more. Basically, anything related to IT that our customers would need or depend on – that gets delegated to my company to make sure everything runs smooth.”

Williams says the best part of YELTEK is that when customers call for help, their server and software issues often are resolved within 5 to 10 minutes of the initial phone call.

“I once contemplated moving away from Cullman to the bigger cities of Birmingham or Huntsville, but I realized that I like Cullman’s small-town feel and its many comfortable amenities,â€ he says. “The crime rate is low, the schools are excellent, and Cullman has been named (by Bloomberg Businessweek) as one of the best places in Alabama to raise children.â€