Skip to content
Home > AL > Cullman > Love Where You Live > Cullman, AL Has A Long Tradition of Excellence in Schools

Cullman, AL Has A Long Tradition of Excellence in Schools 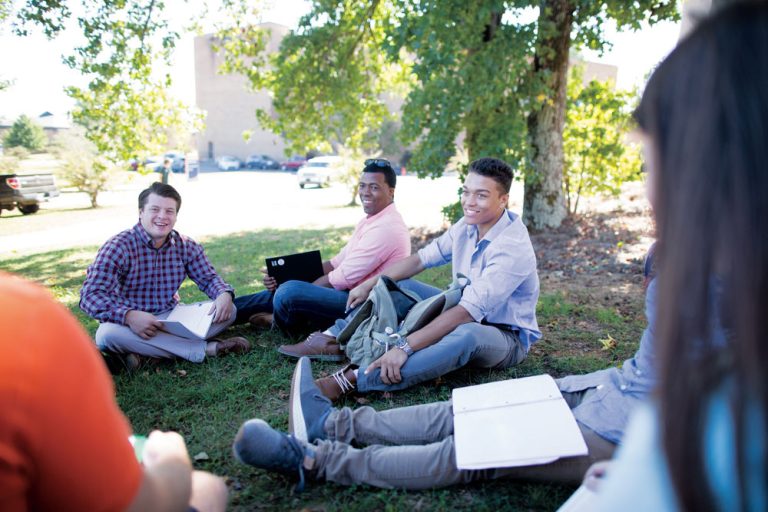 Education is key when deciding where to put down roots, and Cullman County has a long tradition of excellence in its schools at every level from primary school to community college.

“We’re always ranked as one of the best districts in the state for education,” says Dr. Susan Patterson, superintendent of Cullman City Schools, currently No. 10 in Alabama.

The ranking is based on everything from test scores to extracurricular activities. The district also earned an “A” grade on its school report card based on student performance, learning gains, attendance and graduation rates. Patterson emphasizes the district “encourages a variety of ways to learn,” and that includes incorporating technology based instruction.

Cullman City Schools is a leader in implementing technology beginning in kindergarten. With its 1:X Initiative, the district makes devices available to students based on project requirements. Classrooms are geared toward individualized learning to give students options that encourage interaction and engagement. With 1:X, each student in grades 7 through 12 has a Chromebook for use at school and home. Cullman City School District is installing four virtual reality devices that will be used in classes like health science, where students can “dissectâ€ a heart virtually, among other applications. Elementary schools have 3D printing labs and robotics classes and have iPad and Chromebook labs in classrooms. All classrooms have smart displays and smart boards.

The school system has a robust variety of boys’ and girls’ athletic teams, which frequently compete for state titles. Students can also participate in band, choir, orchestra, dance and theater. The theater program puts on two productions per year, involving students from multiple schools and grade levels, and its performing arts programming is state and nationally recognized. There are also many service-oriented extracurricular clubs.

At the county level, agriscience programs are especially popular, since farming is such an important part of the local economy. Cullman County Schools also offers students in grades 10 through 12 the option to enroll in the Cullman Area Technology Academy, a program offering IT courses, work and industry certification. County schools partner with Wallace State Community College for the Fast Track for Industry program, offering classes on the college’s campus to focus on career pathways to produce quality, skilled workers in industry-related careers.

Situated on a 300-acre campus, Wallace State Community College is a regional hub for academics, cultural arts and athletics. The school radiates outward from the 12-story Bailey building, all surrounded by hills and lakes. The campus features a museum, a 4,200-seat coliseum and a 1,100-seat performing arts center.

The third-largest college in the state, Wallace State’s student body comprises 5,500 students in Hanceville – a town with a population of just fewer than 3,000. The school has racked up numerous awards and accolades, including being ranked one of the top community colleges in the entire country. Further, Wallace State is one of the top 20 schools in the U.S. producing health-care graduates and is also noted for its dental hygienist training. The college offers several agroscience disciplines working out of greenhouses on campus, and also offers welding, automotive and aviation programs.

“Community colleges are community-based organizations,” says Dr. Vicki Karolewics, Wallace State’s president. “We reflect the needs, desires and demands of the community we serve, and our programs are thriving.”

The college also is well-known for performing arts programming which includes concert band, jazz band, choral groups, theater and the recent addition of a dance program.