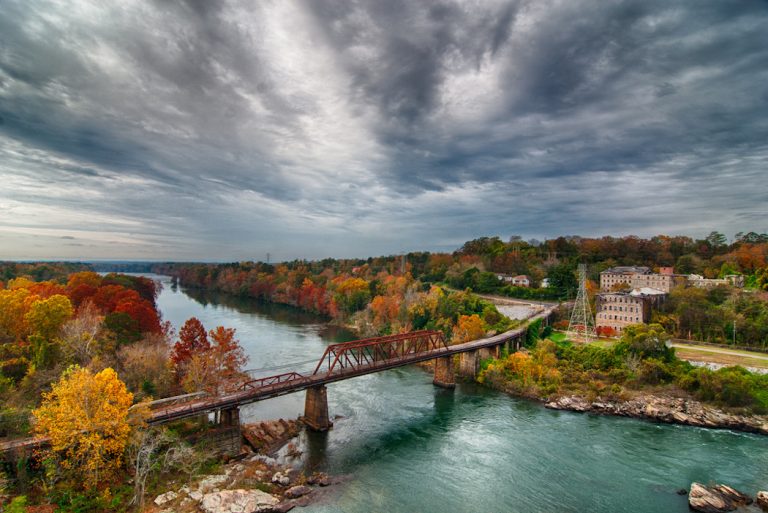 Alabama / Courtesy of sunsurfr under a CC 4.0 license.

Situated in Huntsville. Redstone Arsenal is a United States Army instillation whose tenants include NASA’s Marshall Space Flight Center and the United States Army Materiel Command. The base has a government and contractor workforce that averages 36,000 personnel daily.

A Level I trauma center, UAB Hospital is part of the University of Alabama Birmingham academic campus. The hospital has 1,157 beds and serves more than 35,000 patients annually, and with all its regional clinics, UAB Hospital has nearly 18,000 employees.

A total of 941 beds are available at Huntsville Hospital, a campus that consists of several sites and buildings within the downtown Huntsville district. More than 7,000 employees include 2,000 nurses and 650 physicians, and UAB School of Medicine students conduct clinical rotations at the hospital.

Providing electricity to more than 1.4 million customers is Alabama Power System, which serves homes, businesses and industries throughout the southern two-thirds of the state. Alabama Power is owned by Southern Company, one of the largest producers of energy in the U.S.

A long-time manufacturer of sports equipment is Russell Brands, founded in 1973 as Russell Corporation in Alexander City. More than 4,500 employees work at the Alexander City site, making high-quality products under brand names like Russell Athletic, Spalding and Brooks.

In the city of Lincoln is Honda Manufacturing of Alabama, a company of 4,000 employees who produce the Honda Acura MDX, Odyssey, Pilot and Ridgeline models along with V-6 engines. More than 340,000 vehicles and engines are assembled each year at the plant that opened in 2001.

Producing and repairing ground combat vehicles is the mission at Anniston Army Depot, where 4,000 employees also oversee the storage of chemical weapons. The weapons stockpile at the Anniston base includes rockets, bombs, projectiles, land mines and mustard gas.

Founded in 1911, Children’s Hospital of Alabama is a pediatric health system with a main hospital in Birmingham along with multiple outpatient facilities and primary care centers throughout central Alabama. A total of 4,000 people are employed with the health system.

Officially nicknamed “South,” the University of South Alabama is a national research university in Mobile that has an enrollment of about 17,000 students and a workforce of 4,000 employees. The university provides an annual economic impact of more than $2 billion to the Mobile region.

Under local ownership and leadership for more than 90 years, DCH Medical Center continues to serve residents in Tuscaloosa and throughout the surrounding areas. A total of 3,700 employees work at DCH as well as Northport Medical Center and Fayette Medical Center, which it also operates.