Skip to content
Home > AL > Huntsville > Education, Careers & Opportunity > Why Huntsville Is the Best Place in America to Pursue a STEM Career

With a rich Space Race history, amazing job opportunities and a quirky, creative culture, Huntsville is the ideal launchpad for a STEM career. 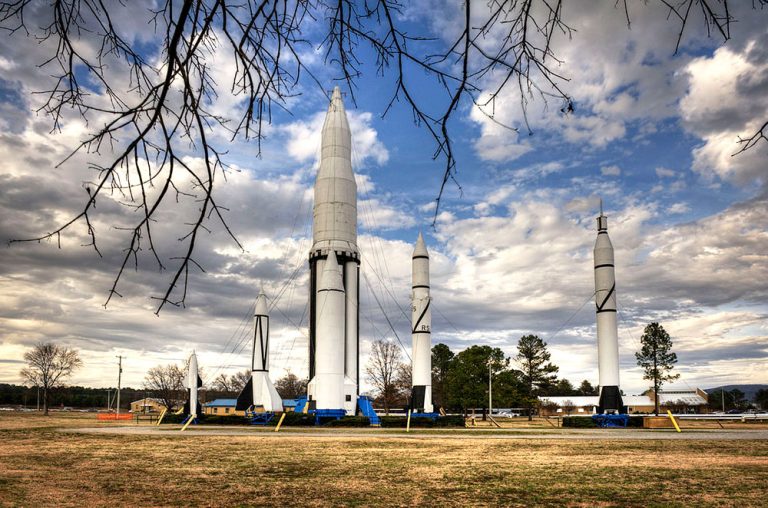 If there were ever an ideal place to pursue a career in the STEM field, it’s Huntsville, Alabama. Did Silicon Valley come to mind first? Well, think again – Huntsville’s scientific success stretches back to the height of the Space Race, and with countless opportunities for scientists, entrepreneurs and academics, it’s no surprise that Huntsville earned the #1 spot on our list of the 10 Best Cities for STEM Workers.

Also known as the Rocket City, Huntsville is Alabama’s third most populous city, and is home to key NASA facilities and military centers. But the city wasn’t always thriving: for more than a century it was a small cotton town with a population of around 16,000. Everything changed after World War II, when more than 100 German rocket scientists settled in Huntsville to conduct research that would ultimately spearhead the US’s journey into space.

Here are eight reasons Huntsville’s Space Race history makes it the perfect place to pursue a STEM career in 2018:

Huntsville is currently home to around 40,000 STEM professionals, and almost 4,000 aerospace engineers. The field makes up 16% of the workforce, so if you relocate to Huntsville for a STEM job, you’ll be joining a vibrant community of people who share your interests – many of whom arrive in Huntsville from around the US and around the world.

2. The city is home to the second largest research park in the country.

Cummings Research Park was created back in 1962. It combines more than 300 companies, as well as some of the best scientists, students, doctors and experts in the country.

3. The education opportunities are fantastic.

When rocket scientists first arrived in Huntsville, they noted a need for excellent universities that could feed into the space program. (They also pushed for the development of cultural institutions like the Huntsville Ballet and the Huntsville Symphony.) Thanks to their insistence, the University of Alabama in Huntsville is a booming tech research hub, with more than 50% of its grads studying engineering or science. Huntsville is also home to Oakwood University and Alabama A&M University, as well as one of the highest concentrations of PhDs in the US. Oh, and did we mention the local public schools are known for above-average test scores and lessons led by NASA employees?

4. You can take your pick of some of the best STEM employers in the country.

The US Army and NASA are some of Huntsville’s most famous employers, but you’ll also find opportunities in the area’s 500+ tech- and engineering-related companies. This includes big names like Dynetics, Boeing, Alamanda Polymers, and Jeff Bezos’ Blue Origin.

5. Marshall Space Flight Center is the stuff dreams are made of.

Whether you’re a passionate STEM professional or just a hardcore NASA fan, Marshall is where it’s at. The facility opened in 1960 and played an integral role in the Space Race. Rockets researched and developed at Marshall took astronauts into early orbit, to the moon, and later, to space stations. It’s a major part of our history, and it continues to do groundbreaking work with the help of more than 7,000 employees.

6. There are plenty of unique houses to live in.

Huntsville’s home options stand out among other Southern cities thanks to both housing for early scientists and historic preservation. The city’s homes remained largely unharmed through the Civil War, so it has one of the highest concentrations of antebellum houses in the South. (Think blocks and blocks of gorgeously preserved historic homes.)

The community also boasts a series of quirky mid-century modern homes in neighborhoods like McThornmor Acres, which were initially built in the ’50s to house the influx of arriving rocket scientists and their families.

Local businesses have been known to tap into the culture of innovation in Huntsville with their quirky transformations of buildings and other properties. Huntsville is home to both a taco restaurant housed in a school bus as well as a food and entertainment center built in a refurbished former high school. Coincidence, or the result of the city’s high density of creative scientists? You do the math.

8. Inspiration is always there when you need it.

The US Space & Rocket Center, Huntsville’s number one tourist attraction, is the biggest space museum in the world. (It’s also home to Space Camp!) When you make Huntsville your home, you can drop by the museum anytime to take a look at larger-than-life rockets and technology that made space exploration history. It’s the perfect boost anytime you’re feeling discouraged, and a great reminder of how STEM pros are changing the world one day at a time.