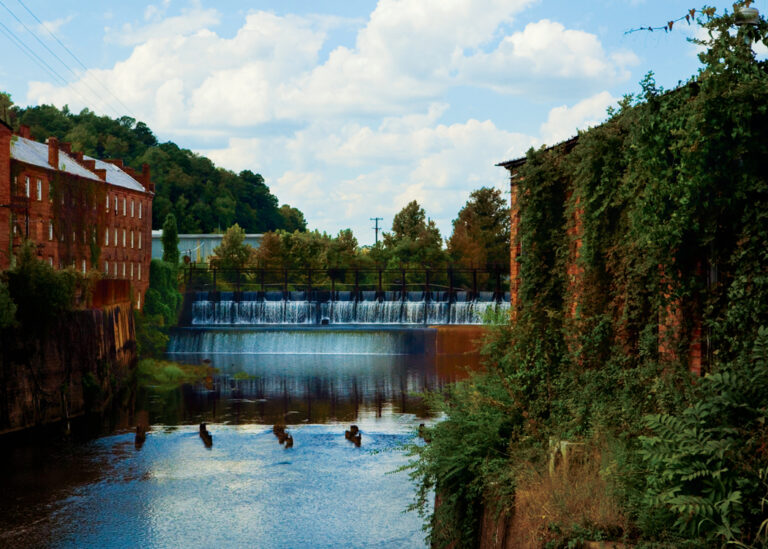 Prattville has lofty plans to transform a former cotton gin factory, and “lofty” is the key word: The hope is to turn the historic buildings into residential lofts and create interesting living spaces in the heart of the city’s beautiful, historic downtown district.

Back in the 1840s, New England industrialist Daniel Pratt constructed several buildings in town for the purpose of constructing cotton gins, which could be used in cities throughout America and the world. At the height of production, the Daniel Pratt Cotton Gin factory could manufacture about 1,500 cotton gins a year.

The facility employed thousands and thousands of people over time until recent owner Continental Eagle moved most production overseas in 2009, and the facility finally closed for good in 2012. The five remaining buildings are now vacant, but the local Historic Prattville Redevelopment Authority secured the site for $1.75 million at a foreclosure auction in December 2014, and plans are to eventually renovate the buildings into residential lofts.

“There was a huge crowd at the auction sale, and everyone in attendance burst into loud applause when the HPRA bought the property and ensured that the former industrial complex would not be demolished,” says Tommy Newton, chairman of the HPRA. “My relatives worked at what we locals called the ‘gin shop,’ as did countless other people who helped to build our community. That factory is a big reason why Prattville is here today.”

HPRA was the sole bidder at the auction of the five buildings that were constructed from 1848-1912.

“At the foreclosure sale, several people were so happy that they hugged me and thanked me,” Newton says. “That never happens at an auction.”

Lots of Work Ahead

Now, much work lies ahead to restore all the structures. The five historic masonry buildings have deteriorated during their nearly 170 years of operation, with roof repairs needed as well as broken window replacements.

Newton adds that some of the water pipes burst during the recent period of no occupancy, so water damage has been a key concern in the rehabilitation process.

“There was the danger of the buildings incurring more damage unless we moved fast, so we secured the property’s perimeter and have been tackling the water damage problem as quickly as possible,” he says. “We will involve engineers and consultants throughout the entire renovation process to get the buildings looking like they should, where the entire community can remain proud of them for years to come.”

Newton says once the buildings are deemed fit and inhabitable, the HPRA will market them to private investors for purchase.

“The buildings would be ideal as residential lofts, which would then attract more businesses to the downtown district to serve those residents,” he says. “There is much opportunity and excitement in our future.”