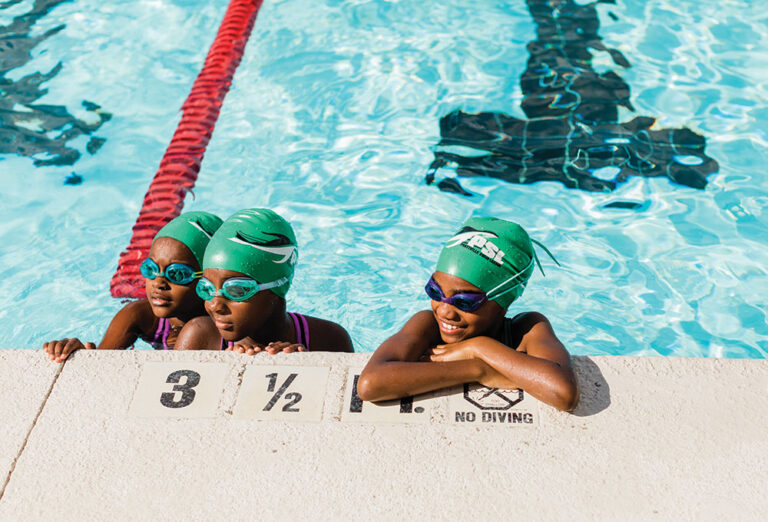 When it comes to youth sports in Prattville, AL, the city is making the home field an advantage. More than half of Prattville’s families have children who compete in some form of organized sports, from the traditional favorites of football and baseball to the growing popularity of soccer and gymnastics.

The city is responding to this demand by investing in new and upgraded sports facilities and establishing numerous local leagues. This, in turn, has resulted in an increase of athletic competitions and tournaments being held in Prattville, creating benefits from sports tourism as teams travel to the city to participate in multiday events.

“We’ve already been seeing a growth in sports tourism over the years. Now with the city’s investments, we can take it to the next level,” says Patty VanderWal, president of the Prattville Area Chamber of Commerce. “It’s another way for us to market our area.”

Stanley-Jensen is the 8,500-seat home football facility for the Prattville High School Lions and other teams. Changes to the stadium will include replacing concrete stands with chair seating, installing a new video scoreboard and sound system, and building new locker rooms, concession stands and restrooms.

At Newton Park, the five existing tennis courts are being resurfaced, and five additional courts will be built (along with four pickleball courts). There also will be improvements made to the park’s playground and the creation of a walking path, with long-range plans to add a skate park.

“The five courts at Newton Park are used by the public, and they’re also the home courts for the Marbury High School and Prattville Christian Academy tennis teams. So those courts are always packed,” says Kellie Cook, Prattville Parks and Recreation director. “The new courts will turn that into a true tennis complex. And with the other additions to the park, it will be an area not only for tennis lovers but also for people who just want to get outside.”

Finally, the 25-year-old, wood-built playground at Pratt Park is being replaced by a $1 million all-inclusive facility that will be wheelchair accessible and accommodate special needs children. “It is by far our most-visited park, and it’s getting a complete overhaul,” Cook says.

In addition, the city recently opened the Mac Gray Park 2 softball complex across the street from Mac Gray Park 1. Combined, the two facilities have nine fields, making it an ideal location for large tournaments.

“It is our goal to make sure that every child gets the best playing experience possible, no matter what sport they play,” Cook says. “We want them to get their love and excitement for all sports at the parks and rec level.”

Can’t Spell Youth Without the Y

Youth sports and activities also can be enjoyed through the various programs offered by the Prattville YMCA.

“We offer such a full array of youth sports that they draw kids from all over the region,” Prattville YMCA General Director David Lewis says. “We have a lot of people in these programs who don’t live in Prattville but come into town just to participate.”

Projects help meet the needs of the region, which has become a prime destination.

It is yet another way that Prattville is utilizing youth sports to both enhance the livability of the residents and generate tourism for the city.

“We want people to visit us and understand that our community extends past the interstate to places like our beautiful downtown,” VanderWal says. “We want people to really see our community. That way, we get the benefits of holding the event here, and then having people remember the area and want to come back.”

Get to Know Prattville

Want to learn more about living and working in Prattville and Autauga County? Check out the latest edition of Livability Prattville, Alabama.