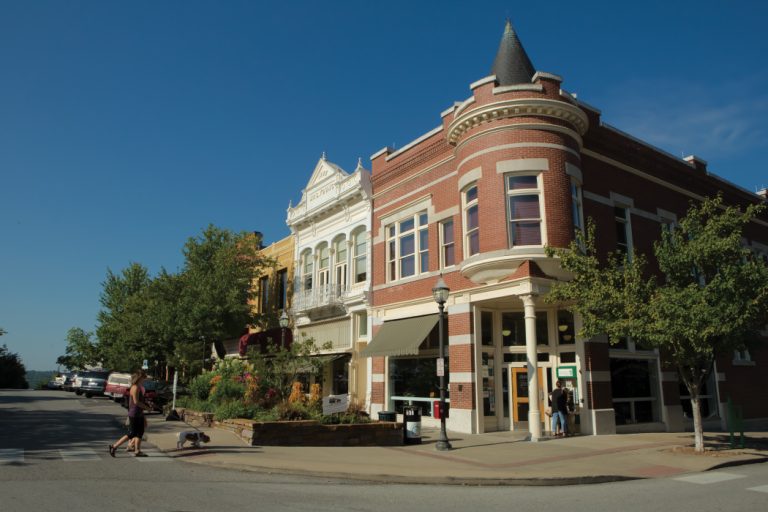 The business community in Fayetteville is right on the money, with several individual sectors experiencing success. Here is some background:

About 630 workers manufacture 62,000 pairs of prescription eyeglasses each week at Fayetteville Optical Lab, the largest of three optical labs that Wal-Mart operates in the United States. The Fayetteville facility underwent a $10 million upgrade in 2015 because Wal-Mart is looking to carry more frame brands and styles that cater to the trendy fashions of the millennial generation. The lab was originally established in 1995 with 150 workers who made an average of 10,000 pairs of glasses per week.

In 1992, Houndstooth Clothing Company began in a small storefront in downtown Fayetteville, and today the company is known for its large line of licensed University of Arkansas Razorback T-shirts and hats. The company sold 2,000 T-shirts during in its first year of operation, and in 2015 more than 200,000 shirts and caps were sold. Houndstooth operates seven stores in Arkansas, including two in Fayetteville (downtown and Northwest Arkansas Mall).

Fayetteville-based McBride Distributing has been an Anheuser-Busch distributorship since 1950 and continues today with an “I just sell beer” philosophy. A refrigerated warehouse and computer-based inventory system ensures that retailers and customers get the highest-quality beer available. The company, which has 50 employees. supplies its Northwest Arkansas customers with more than 18 different beer brands.

Started as an online store, Lauren James Company now also has a women’s clothing boutique on Dickson Street in downtown Fayetteville. Fashion designer Lauren Stokes founded the company with the motto, “Preppy Clothing for Women: Wearable Clothes for Any Occasion.” Stokes says all apparel is inspired by the classics, along with modern styling, resulting in timeless designs.

The Chancellor Hotel offers an upscale hospitality experience, with rooms starting at $129. Amenities include an indoor/outdoor swimming pool, fitness facility and a 14,000-square-foot meeting and event space that can be rented. Also available to guests is casual dining at 6494 Bistro & Lounge, free Wi-Fi access, and a business center complete with PCs, Macs and printers.