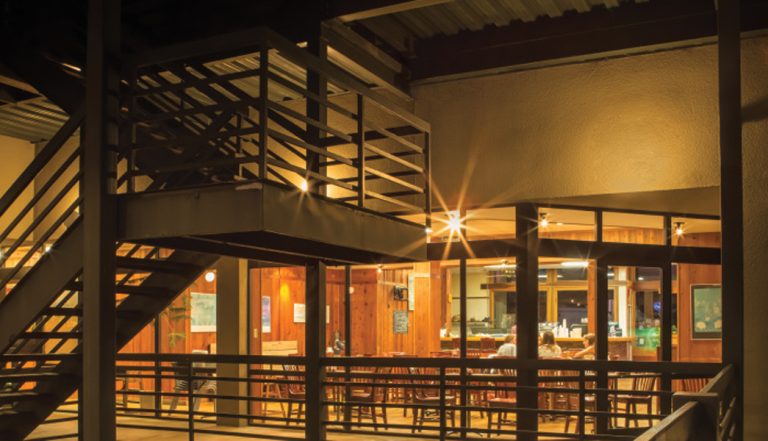 While cities around the country struggle to find ways to build an identity, the Fayetteville Chamber of Commerce has settled on a clear strategy: Build the kind of place where creation happens, and let the community’s identity develop itself. It’s an “if you build it, they will come” scenario, and as the district’s potential tenants start to line up, it looks like a winning proposition.

Before it started recruiting businesses to downtown, the chamber put its money where its mouth is.

“Our chamber decided to purchase a building on the historic Fayetteville Square,” says Steve Clark, Fayetteville chamber president and CEO, “because it is the town center for business and conversations of art, politics and life. Plus, it’s the crossroads where innovation, perspiration and hope come together.”

From its new home base downtown, the chamber is launching two big projects: the Fab Lab and a Regional Robotics Training Center. The Fab (short for “fabrication”) Lab will be a maker’s space, with tools and training that inspire and enable creators of all ages. It’s being produced in partnership with the Arkansas Regional Innovation Hub, and will hold tools of the trade, like 3-D printers, fabrication devices, laser-cutting tools and even sewing machines. The Robotics Training Center will be a place for Fayettevillians to gain skills with robotics used to fabricate and automate processes in factories or manufacturing facilities.

The city’s efforts to build a district around the maker culture aren’t just based on dreams of becoming the next “it city” – they’re much more realistic than that.

“Our chamber believes that more than half of all the new products and services offered over the next three decades will owe their existence to either digital fabrication or automation,” Clark says. “We are building both the Fab Lab and the Regional Robotics Center [with that in mind] and, in fact, people are already beginning to come.”

Whether the chamber’s efforts are successful in the long term will be largely in the hands of the entrepreneurial community.

Fortunately, the area has an extremely strong track record of innovation. More than half of all the intellectual property patents issued in Arkansas are issued to businesses in Fayetteville, and companies like One Country have received huge venture capital investments.

That combination of a track record of intellectual property creation and the success of businesses like One Country has made it easier to attract even more businesses to the area, making the district an organic outgrowth of what’s already happening in town.

As it has taken shape, the district has attracted a group of businesses with a wide range of products which share some core similarities.

“The strength of these organizations comes from the fact that each has similar and overlapping goals,” Clark says. “And because they collaborate rather than compete, no resources are duplicated.”

Synergy might be a popular buzzword, but Clark says it’s a real thing in this relatively small part of downtown.

“The net effect of not duplicating resources is that each entity has more resources available for it to operate.”

Other companies are buying what Clark and the Innovation Hub are selling. Entrepreneur-focused outfits StartUp Junkie and Hayseed Venture have established a presence there, along with the University of Arkansas.

The district is still a new idea, and like many of the startup organizations it’s attracting (even the successful ones), its future isn’t set in stone. Instead, for the project to succeed, it must be able to pivot toward emerging business trends and economic needs.

“This district offers a home, tools, ideas, mentorship, physical support and encouragement to try, to fail and to try again,” Clark says. “The focus in the district is about making, doing, creating and not about timelines or profits.”

That’s the kind of mentality that has helped many startups win big.

The area has an extremely strong track record of innovation. More than half of all the intellectual property patents issued in Arkansas are issued to businesses in Fayetteville.