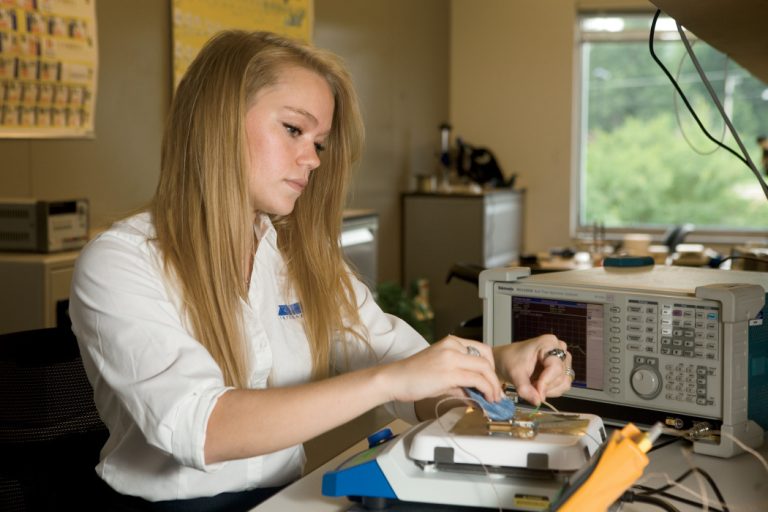 The Fayetteville region is home to the world’s largest producer of honeyberries – Berries Unlimited. Another large firm, Marshalltown Company, makes trowels and thousands of other construction industry products that have literally “built the world.” And a local company, TS Custom Sales, makes custom motorcycle seats sold throughout the United States and in a dozen foreign countries.

Yes, it’s a small world for several enterprises in Fayetteville that are thriving in the global marketplace.

“We are a city of many talented people who embrace innovation,” says Steve Clark, president and CEO of the Fayetteville Chamber of Commerce. “Seeing that several of our companies are finding success on the global stage is no surprise.”

Even the chamber itself is involved in the quest to encourage more Fayetteville companies to spread their economic achievements to other countries. In 2016, the chamber established an Innovation Hub inside the former Bradberry Building that it owns and inhabits on the downtown Fayetteville Square.

“We started a robotics technician training center and a fabrication laboratory to train people for high-tech, high-paying jobs that will remain in demand for years to come,” Clark says. “Entrepreneurship and innovation are two key catchwords in today’s global economy, and Fayetteville is a leader in both of those areas.”

Contributing in a big way to the economy both locally and abroad are a number of food service and agriculture-based companies in Fayetteville. For example, Blackhive has an advanced Food Service Team that handles the production, marketing and distribution of fruits, vegetables, seafood, meats and rice for labels such as Anne Elise, Madison and Mama Lucci.

The University of Arkansas, one of the global leaders in research and development resulting in safe agricultural practices that benefit people around the world, is also heavily involved in the food industry.

“We study the entire food-safety cycle from the organic production of crops to the development of nutritional blends of food,” says Clarence Watson, associate vice president of the Arkansas Agricultural Experiment Station, a statewide unit of the University of Arkansas Division of Agriculture.

According to the Carnegie Foundation, U of A is also a world leader in research for health care, nanotechnology, energy and environment, as measured by the number of doctoral degrees, research expenditures and scholarly productivity.

Another player in the global market is Fayetteville-based BlueInGreen, which develops low-cost solutions for improving and maintaining water quality for cities. BlueInGreen’s first international installation of its advanced water treatment system began in Alberta, Canada, in late 2016 for the city of Harmony Lake. This marks the 25th city utilizing the company’s advanced, ultra-safe, cost-cutting system.

“BlueInGreen has come a long way from a local startup to an international water and wastewater treatment provider,” says John Kucharik, BlueInGreen president. “Our 25 installations are a big accomplishment, but this is only the beginning.”

Also experiencing success on a global platform is Wolfspeed, which develops, markets and manufactures high-powered and highly efficient semiconductor electronic products and solutions for such industries as aerospace, the military and transportation. High-tech products manufactured by Wolfspeed are often made with silicon carbide and gallium nitride, two of the strongest compounds on earth.

“We are a city of many talented people who embrace innovation. Seeing that several of our companies are finding success on the global stage is no surprise.”