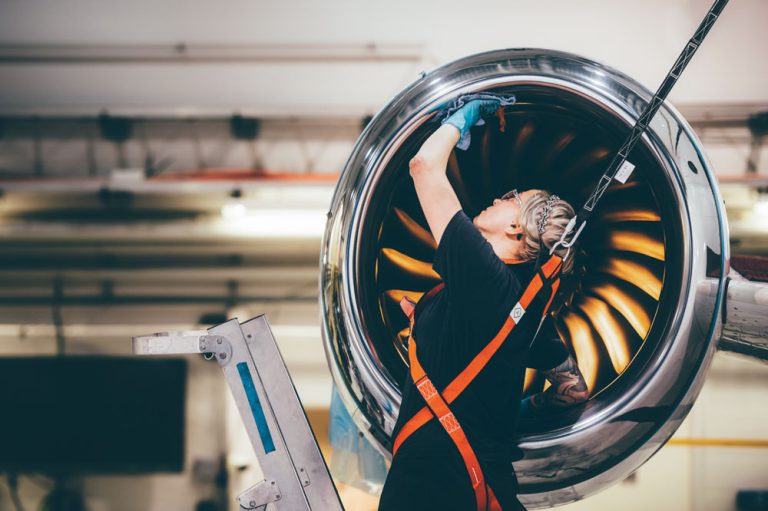 Central Arkansas has a number of technology-driven manufacturing companies across a range of industries, from road graders and windmill blades to steel pipes and processed food.

The region offers a number of advantages for manufacturers, including a large base of skilled workers, a network of workforce development resources, and a superior transportation system that can transport manufactured goods via roads, rail, air and water. Central Arkansas is also within a day’s drive of major East Coast and Midwest markets.

The region has attracted investment from international companies including as Dassault Falcon Jet Corp., L’Oreal and Saint-Gobain Proppants (France), Welspun Pipes (India) and DBG (Canada). Dassault Falcon Jet is the top manufacturing employer in Central Arkansas and has renewed its lease for its production facilities at Bill & Hillary Clinton National Airport through at least 2040. Dassault in 2014 launched a $60 million expansion at its Little Rock facility to accommodate the completion of a new jet.

In North Little Rock, L’Oreal officials announced that their production plant is installing 3,600 solar panels to eventually run the facility solely on renewable energy. The L’Oreal plant employs 500 workers who make cosmetics under the L’Oreal and Maybelline brands for markets throughout North and South America.

Saint-Gobain Proppants’ 100,000-square-foot plant in Saline County produces manmade ceramic materials used in the hydraulic fracturing industry to keep fractured holes open. The process is used around the world in oil and gas exploration, helping to increase yields from existing wells while improving the ability to effectively tap new formations.

Welspun Pipes is situated on a 740-acre site in Little Rock Port Industrial Park, where a workforce of 400 workers manufactures and coats a variety of metal pipes. The pipes are used by oil and gas drilling companies in the U.S. and a number of foreign countries.

Officials at DBG, which was founded in the mid-1970s, say an experienced workforce and a pro-manufacturing environment led them to choose Central Arkansas for their first U.S. venture.

“DBG has been looking for a location to establish our U.S. operations for many years, and our research led us to Conway,” says Mike De Biasi, DBG president and CEO. “The Conway location currently employs over 200 associates.”

Recognized as one of Canada’s best-managed private companies, DBG started as a tool and die manufacturer in 1976 and today offers services such as stamping, welding, fabrication, modular assembly and line sequencing to customers throughout the heavy vehicles industry.

DBG officials say the company has aggressive plans to double its business over the next five years, with a substantial investment in facilities and equipment.

“The fact that a growing company like DBG recognizes and invests in our manufacturing future is an honor,” Conway Mayor Bart Castleberry says. “They are a perfect fit to carry on Conway’s legacy of advanced manufacturing.”