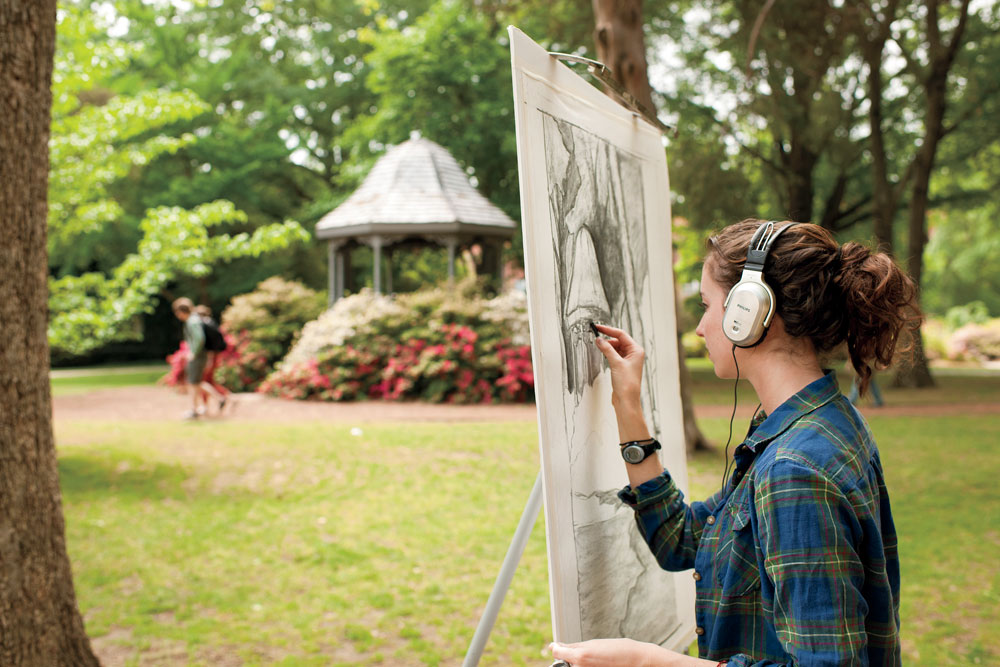 Now playing in communities throughout Central Arkansas is a diverse and sophisticated arts and culture scene that rivals much larger places.

Little Rock is a cultural hub that includes a symphony, a ballet company, art galleries and a range of performing arts. Among its cultural highlights is Vogel Schwartz Sculpture Garden, which features more than 90 public art works placed in surroundings along the banks of the Arkansas River. The $4 million collection of eye-catching sculptures also features natural terraces and walkways for viewing the works, and admission is free.

Also in Little Rock is Wildwood Park for the Arts, a 104-acre peaceful woodland refuge that houses cultural venues like a 625-seat Lucy Lockett Cabe Theatre and a Wildwood Academy of Music and the Arts. The mission at Wildwood is to engage the imagination and celebrate the human spirit through encounters with nature and a full spectrum of the cultural arts: visual, performing, literary, horticultural, culinary and more.

In Conway, Art on the Green is a gallery that features original works by more than 30 artists and is rated among the Best Galleries in Arkansas by readers of Little Rock-based About You magazine. Artwork from every medium is on display during three-month rotations at Art on the Green, and guests can even enjoy free café lattes while viewing the works.

In Lonoke, the Lonoke County Museum features displays such as a replica of a frontier town, a diorama depicting Flying Jenny airplanes of World War I, a Cherokee Trail of Tears exhibit, and a Civil War Skirmish at Brownsville depiction. After touring the museum, visitors can take a walking tour guided via their smartphones or printed maps of many nearby Lonoke homes listed on the National Register of Historic Places.

Central Baptist College, Hendrix College and the University of Central Arkansas all contribute to the arts and culture scene. Conway also has a symphony orchestra and The Lantern Theatre community acting group. Central Baptist College’s Fine Arts department prepares students for careers in performance, music ministry and other music-related initiatives.

The faculty at Hendrix College offer numerous courses in various mediums. Students can enroll in programs for drawing, painting, sculpting, printmaking, photography and ceramics, and majors are offered in studio art and art history.

At the University of Central Arkansas, part of the on-campus experience is a Baum Gallery, which showcases national and international touring exhibitions along with juried student and faculty shows. Baum Gallery has won several awards for its shows, and the goal of every exhibit is to encourage dialogue about the artwork, creator, process and cultural context.

For kids, cultural choices include the Museum of Discovery and the Arkansas Arts Center & Children’s Theater. The Museum of Discovery features exhibits that are all interactive, and the Arts Center has a permanent collection that includes works by masters such as Rembrandt, Picasso and Degas as well as a children’s theater and art classes for kids – and admission is free.