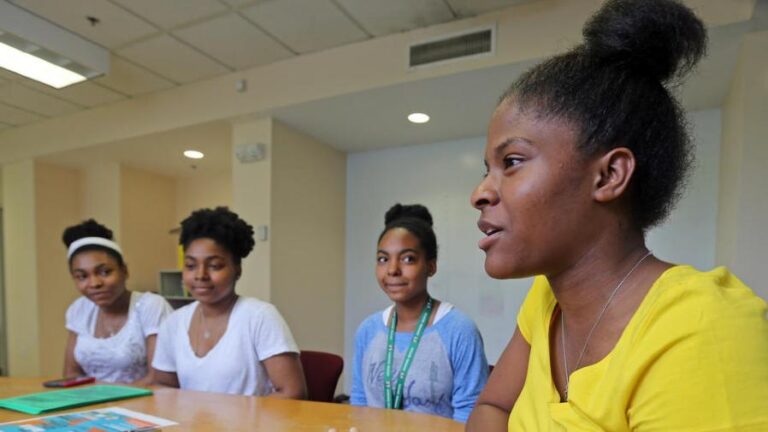 Former mayor of Boston, Thomas Menino, was such a believer in the role young people would play in the city’s future, he decided to put his money where his faith was, investing $1 million of the city's budget in a youth-led participatory budgeting project.

In January 2014, Boston initiated Youth Lead the Change, a project that would allow young people, ages 12-25 to submit ideas on how to spend that $1 million. The city partnered with the Participatory Budgeting Project, a national organization dedicated to engaging more citizens in government and in the allocation of public funds, and 30 youth-serving organizations, including Boston Public Schools, to help administer the program.

More than 1,500 cities around the world participate in participatory budgeting, a concept that originated in Brazil.

“In participatory budgeting, some part of the city budget is set aside for community residents to directly decide how it gets spent,” explains Pam Jennings, project coordinator for the Participatory Budgeting Project. “Who knows best about their community than the residents who are using the parks and riding the buses every day? Residents and stakeholders come together to brainstorm ideas about how the money gets spent. Volunteers take those ideas and whittle the list down into a smaller list of feasible projects, and then those projects are put on a ballot for residents to vote on which projects get funded.”

Boston is the first city in the U.S. to involve young people in the process.

“This project is a great way to get young people involved in civic activity and the democratic process,” says Shari Davis, executive director of the city’s Department of Youth Engagement and Employment and the Mayor’s Youth Council. “Young people understand the concept of crowdsourcing, but this gives them an opportunity to also learn how the city functions.”

For two months, the city collected ideas online and in person from young people during brainstorming meetings held at schools and community centers. More than 700 ideas were submitted and then researched and whittled down to 14 feasible proposals by a group of 40 youth volunteers, dubbed “change agents,” along with city officials and department heads. A total of 1,700 young people voted on the proposals, and as a result, the following seven will receive funding:

Kids voted to fund improvements to the city’s American Legion Picnic Grove playground to make it safer and more inclusive for all children. Funds will allow new accessible playground equipment to be installed for children with disabilities. New safety features will include benches near the playground, which will allow parents to watch their children, and a new, softer playground foundation to decrease injuries.

With Boston's storied history of public art displays, it’s not a surprise that voters chose to fund a public art project. The city will designate public spaces for graffiti and visual artists to show their work, and youth volunteers will make sure the spaces are well maintained.

“Throughout the voting process, one of the interesting things was watching the young people deliberate as they were making their decision,” says Aaron Tanaka, lead organizer for the Boston Participatory Budgeting Project, “weighing, for example, a big project that might only impact one neighborhood against several small projects that cost less but would have an effect on larger groups of people.”

To prepare students for a technology-driven future, voters proposed providing East Boston High School, Charlestown High School and Excel High School with 30 Chromebook laptops. The laptops will be used in the classroom for research and completing online assignments.

Part of the $1 million is designated toward a feasibility study to determine the most efficient way to design and build skateboard parks in the Dorchester, South Boston and East Boston neighborhoods.

One of the more surprising designations, the Dr. Loesch Family Park project involves the installation of surveillance cameras around the park to increase security.

“When I saw this proposal on the ballot, I thought there is no way 16- and 17-year-olds are going to vote to have surveillance cameras installed in their neighborhoods, but that just shows the depth of these young people and their ability to perceive challenges outside of themselves and recognize the needs of the community as a whole,” Davis says.

Visitors to the Paris Street Playground can experience two kinds of “cool” when new water features and Soofas are installed with Youth Lead the Change funding. Soofas are park benches that double as solar-powered electronic device charging stations.

Parks and public spaces were definitely a priority for Youth Lead the Change voters. The young people opted to allocate funds to build sidewalks and install lights around the newly renovated Howes Playground and Mount Pleasant Park to provide access to more people in the surrounding neighborhoods.

Tanaka says the projects are expected to break ground within the year, and plans are already under way for year two of the project.

“There is an effort by the city to keep all the voters and young people who were part of the process updated and engaged in the implementation process,” he says.