By Stephanie Stewart-Howard on December 1, 2015 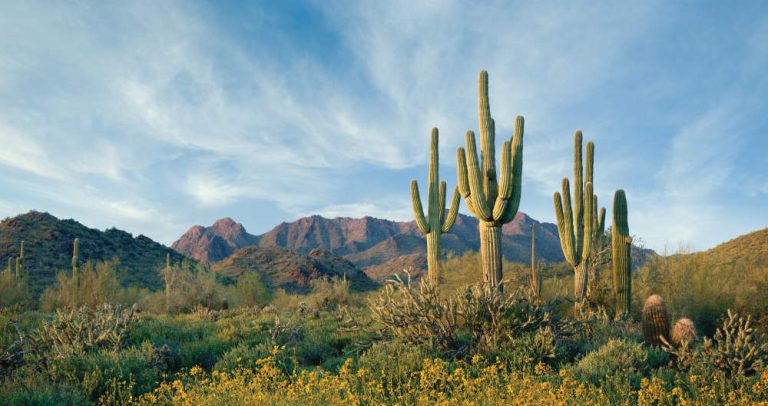 Scottsdale has a reputation as a travel destination, but it’s also a city beloved by residents. If you’re thinking about moving to the desert Southwest, Scottsdale deserves consideration. A move to Scottsdale promises abundant amenities, from vibrant outdoor activities and sports to a thriving downtown and waterfront. The city of about 220,000 is known for excellent quality of life, as well as tourist appeal (the city has the fourth-most AAA Four Diamond hotels in the U.S.).

“I’m not sure people realize Scottsdale has such great weather,” says Mike Phillips, public affairs manager for the City of Scottsdale, as he waxes poetic its exceptional outdoor activities. “It’s very mild, even in the summer. We do have a few-week period where we get those 100 degree-plus days, but what they say about dry heat is very true – it’s not uncomfortable the way high humidity is. Today it’s 80 degrees and perfect, and it’s November. There’s a great lifestyle here – you can get up, go run in the desert, live within a five- to 15-minute drive to work – with all that, it’s pretty easy to grow Scottsdale’s brand.”

The reasons to move to Scottsdale are myriad, including the sunny, dry climate; here are a few great ones:

In spite of its reputation as a city for retirees, Scottsdale has abundant Gen X and millennial residents raising young families in the area. The city’s school districts are consistently ranked among the top in the state, including charter and magnet schools, an outstanding community college and proximity to Arizona State University. Charter BASIS High School ranks among the top 10 high schools in the country, per U.S. News and World Report.  Likewise, the city has plenty of activities to appeal to families, including accredited sports and recreational activities and arts and museum culture.

Known for nightlife, Scottsdale’s downtown has exploded with condos and urban housing for an effective mix of “live-work-playâ€ in the area, according to Phillips. It’s also one of the top five art markets in the country, with more than 70 galleries. “It’s home to a growing tech sector. Weebly and Yelp have both opened branch offices here, among others; it’s less expensive than the Silicon Valley environment,â€ Phillips says.

Shopping is also a priority – Scottsdale Fashion Square sets a high standard with anchors Neiman Marcus, Nordstrom, Dillard’s and Barney’s New York. Residents appreciate the blend of arts and culture downtown with business, shopping and nightlife: “I love the Scottsdale Center for the Performing Arts. The grounds are green with beautiful fountains and a nice selection of restaurants. Scottsdale Fashion Square is the best place for people-watching, from hipsters to dowagers,â€ says resident Teresa Andrews.

Scottsdale is home to plenty of great museums and cultural attractions, including the afore-mentioned Center for the Performing Arts. Other draws include the new Museum of the West, which opened in 2015; the Fiesta Bowl Museum, recording the history of the great college bowl game since 1971; and the Scottsdale Museum of Contemporary Art, dedicated to modern works. Phillips also recommends the Cavalliere’s Blacksmith Shop, a working forge since 1909 that’s remained in the same family and now showcases the ornamental ironwork of founder George Cavalliere’s descendants while maintaining the original historic character.

Scottsdale is legendary for golf, and it’s a big economic and tourism driver locally. The Waste Management Phoenix Open is the most-attended tournament in the world, with an annual attendance at 500,000. The legendary 16th hole has a temporary stadium that manifests around it each year, so popular that the city is considering making it permanent. But of course, baseball spring training for several pro teams and the local Scottsdale Scorpions is another huge draw, along with the wonderful baseball traditions and culture built up over the years – including restaurants like Don & Charlie’s, which showcase memorabilia dating back to the 1950s and lure diners as much for the history as the good food. College football fans come down for the Fiesta Bowl and the Cactus Bowl, which re-branded as the Cheez-It Bowl in August 2018, at University of Phoenix Stadium in adjacent Glendale.

Most people don’t think about Scottsdale having a waterfront, but it’s one of the best local draws, a point where canals that date back 1500 years to Native American inhabitants converge to create a thriving spot downtown, a live-work-play destination modeled on San Antonio’s River Walk. Scottsdale is also built along the Indian Bend Wash Greenbelt, a floodplain turned into parks, lakes, paths and golf courses meandering through Scottsdale. It’s a world-renown flood control project turned outstanding greenspace. “And of course, there’s the exquisite McDowell Sonoran Preserve, which offers up 30,000 acres of lush desert environment, complete with flora and animal herds, attached to a national forest the size of Rhode Island,” says Mike Phillips. “All that, and its close by residential, shopping areas and the airport.”

Kids and adults both benefit from Scottsdale’s Sports Complex, as well as an award-winning parks and recreation department that offers up 51 golf courses, 45 miles of paved paths for walkers and cyclists, and another 115 miles of non-motorized trails. “When the Greenwash was built, the Corps of Engineers recommended it be turned into a concrete ditch. Instead, we opted for a series of parks, lakes and golf courses, since it rarely actually floods. It runs for about 8 miles and connects to Tempe and Arizona State University, right through the heart of the city,” Phillips says.

Scottsdale’s burgeoning downtown benefits from entrepreneurism in the restaurant scene as well, with more than 790 restaurants in the city. Scottsdale’s chefs are gaining visibility at places like the Beard House in New York. Fine dining establishments like Cafe Monarch, Talavera and Eddie V’s Prime Seafood have outstanding reputations, or try a British-style high tea at Afternoon Tea as a shopping break. The microbrewery scene is also growing, with Goldwater Brewing Co. in Old Town setting an outstanding example.

The proximity of Scottsdale Airport has helped define the business environment, with one of the busiest single runway airports in the U.S., nearly all corporate or general aviation. The surrounding Airpark developed as a regional center of commerce, employing more than 50,000 people within the brief radius that houses more than 2,500 individual businesses (commercial travelers use Phoenix’s nearby SkyHarbor International Airport).

A partnership with Arizona State University has produced SkySong, the ASU Scottsdale Innovation Center, connecting technology, research, education and entrepreneurship to help build the area business communities. Scottsdale is also home to a prominent branch of the famed Mayo Clinic, plus Scottsdale Healthcare and other boutique medical research firms, sometimes dubbed the “Cure Corridor.â€ Hotels, spas and other tourist-focused businesses also make up a large part of the Scottsdale economy.