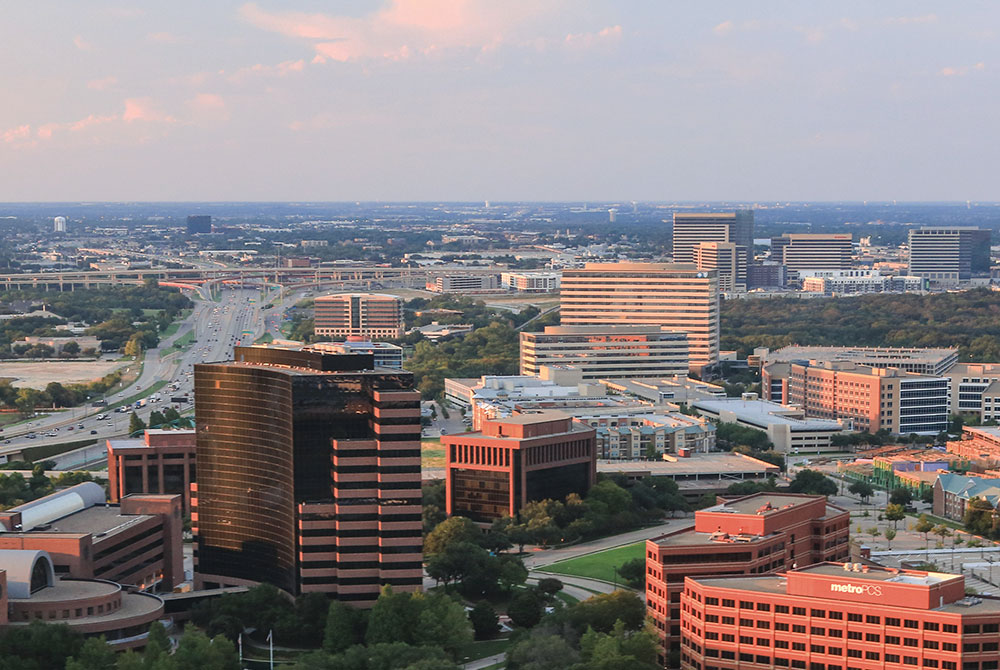 It is easy to see how important high-tech communication is to the city of Richardson. The city actually bills itself as the Telecom Corridor.

Led by the telecommunications industry, this affluent suburb of Dallas has the highest concentration of technology workers in the Dallas–Fort Worth Metroplex, with more than 600 tech companies in the area. Approximately 14 percent of the jobs in Richardson fall into the STEM category, producing a median income of $95,850.

Richardson has a significant engineering and software development base throughout all its key industries, which includes heavy concentrations in semiconductors (led by Texas Instruments), computer gaming, clean technology and cloud computing.

Some of the world’s most famous corporations have a sizable presence in Richardson, such as AT&T, Raytheon, Fujitsu, Cisco Systems and Samsung Mobile. But the city also is home to some lesser-known companies that still have a big impact. These include RealPage (a property management software provider with 12,500 clients worldwide and more than 2,000 employees at its Richardson headquarters) and semiconductor manufacturer Qorvo (which has invested $220 million in its Richardson plant in recent years and added 400 employees to bring the total number of workers to more than 1,000).

Richardson is aided by a well-educated and diverse talent pool. Approximately half the adult workforce has at least a four-year undergraduate degree, and more than 60 percent of the area labor pool has some form of college education. Richardson also is home to Tech Titans, an organization that works in part to raise awareness of STEM careers. The group connects more than 3,000 students with its 350 member companies, providing the students with technology career information and opportunities.

In addition to all the attractions in nearby Dallas, the city of Richardson has more than 250 dining options, 80 acres of parks and recreation facilities, 40 miles of hiking and biking trails, and numerous arts and music festivals throughout the year. Four light-rail lines (with two more under construction) make it easy to get around, and the city has extensive housing options for all price ranges. All of which led Livability to name Richardson as one the Top 100 Best Places to Live.

Find out more about living in Richardson, TX.