Sports and entertainment, warm weather and a growing business community add to quality of life 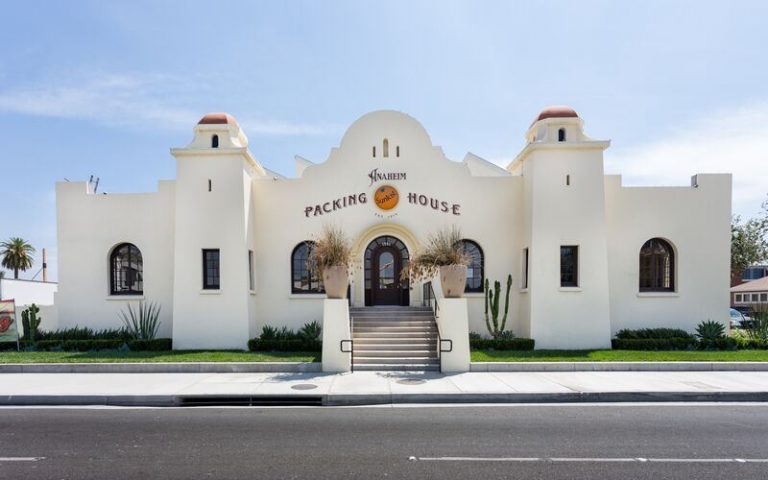 Once upon a time, Anaheim was a rural agricultural community, the land dominated by orange groves and walnut trees. But in the decades since Disneyland opened to the public in July 1955, Anaheim has developed into one of the most popular tourist destinations in the world, not to mention one of the sports and entertainment capitals of the U.S., and a center of American business, which is home to the largest convention center on the West Coast. All this to say that Anaheim is a vibrant, exciting place to live and work, with the kind of employment and leisure opportunities most cities can only dream of.

Of course, it all starts with Disneyland, home to Disneyland Park and its eight themed lands, as well as Disney California Adventure Park, the latter “where DisneyÂ® and Pixar stories and characters are brought to life through themed attractions, entertainment and dining experiences.â€ The city is also home to kid- and budget-friendly Adventure City; the FlightDeck flight simulation center, where one can ‘fly’ a commercial airliner using the center’s  Boeing 737 flight simulator, or attempt to execute the maneuvers of an Air Force pilot in an authentic military flight simulator; and Exodus Escape Room, where intrepid visitors are “lockedâ€ in a room and challenged to solve a series of puzzles and unlock the door within a one-hour time limit.

Restaurants in Anaheim Lead to Cravings

Another of the city’s strong suits is the food scene. Thanks to Anaheim’s diverse demographics, one can find authentic cuisine from every corner of the globe, including restaurants featuring Mexican, German, Italian, Indian, Vietnamese, Ethiopian and Peruvian food. With upwards of a dozen craft breweries in operation – including Bottle Logic Brewing, Noble Ale Works and Anaheim Brewery – Anaheim is well on its way to becoming one of the best craft beer cities in America. Not surprisingly, the shopping opportunities in Anaheim and the rest of Orange County are enviable too, featuring everything from luxury shopping malls to high-end boutiques and outlet stores.

Moreover, historic downtown Anaheim has been revitalized in recent years. The downtown area “still has that small-town feel with walkable neighborhoods but now features jewels like the Packing House, a former Sunkist plant that is a food lover’s paradise,â€ says Charles Harris, senior VP of marketing for Visit Anaheim, alluding to the 20-plus artisan eateries under its roof. “A short walk from there, you’ve got the Center Street Promenade, which features its own unique shops, restaurants and cool vendors,â€ he says.

It’s also worth noting that Anaheim’s centralized location means that the rest of southern California is within easy reach. Several world-famous beaches – including Huntington Beach, Newport Beach and Seal Beach – are within easy reach, as are exciting neighboring cities like Old Towne Orange, Santa Ana and Fullerton. Never mind that both the mountains and the desert are just an hour or two away.

The consistently warm weather is another signature asset. “For people who are looking to escape cold or cool weather, we have 300 days of sunshine per year,â€ says Harris, who believes Anaheim is only going to get better – and its economy even stronger – in the next few years.

“Disneyland recently announced they are investing $1 billion into the resort, and we are in the midst of a $290 million expansion of the [Anaheim] Convention Center,â€ he says. “There is a lot of development going on, and I expect more. It’s an unbelievable time to be a part of this community.”

There is a lot of development going on, and I expect more. It’s an unbelievable time to be a part of this community.