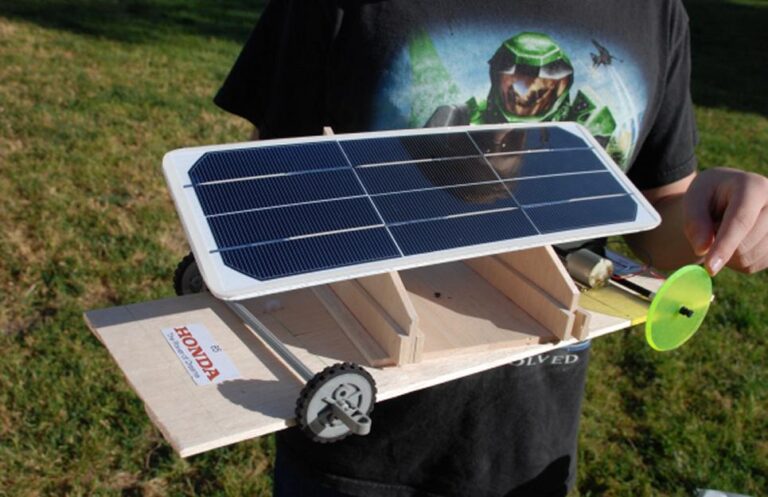 Photo courtesy of the City of Long Beach

Long Beach is now home of what many call “the silent Grand Prix.”

For the fifth straight year, the Solar Grand Prix was successfully held in March. While it doesn’t have the noise of an Indy Car race like the Long Beach Grand Prix, it does spark a lot of interest from middle and high school youngsters and their coaches.

Hundreds of students from 19 Long Beach area schools and organizations competed in the Solar Grand Prix, which is hosted by its founder Councilwoman Gerrie Schipske and supported by a variety of businesses, labor unions and other groups. The middle and high school student participants, who are supported by adult coaches, work in teams to design cars that are completely solar-powered. “This has become an exciting event for the community,” says Schipske. “The students get real world experience in the use of science, math and engineering skills.”

Schipske says the goal of the event is to inspire students to pursue careers in engineering and science and possibly work with companies that focus on energy sustainability. Several years ago, Schipske was conducting Council District 5 meetings on sustainability issues and noticed there were very few students involved. She said the Solar Grand Prix has been a magnet to interest them now.

“One of the gratifying things is when a student comes up to me and thanks me for their involvement in the Grand Prix,” says Schipske. “Their enthusiasm speaks volumes.”

Part of the program consists of a workshop for the students and coaches about a month before the races. At the workshop the students get basic instruction on solar energy and an introduction to model car design and construction. Other experts discuss recent developments in automotive engineering and opportunities available to them in college and in the workforce. Each team receives a kit which includes a solar panel and electric motor. It’s up to the team members to design the car.

The cars are put together with such things as cardboard, polystyrene foam and an assortment of materials, ranging from old Christmas packaging, plastic blocks and toy car parts. One team even used trash recycled from the local park to build their car. The team’s car then is judged based such categories as design and innovation as well as their best racing times. The Southwest Council of Carpenters union constructed and elaborate 65-foot wooden track for the races. The entire event is conducted without the use of tax dollars.

Donations cover the cost of the car kits, t-shirts, awards, track materials, lunch for the kids and other materials needed for the competition. “The success of the Solar Grand Prix is largely due to the generous support of local sponsors, volunteers and the coaches,” says Schipske.

In addition to the race teams, more than 1,000 spectators turn out to cheer on the race teams at El Dorado Park. Many businesses and organizations have displays at the Grand Prix and food and refreshments are also available as well as a special gift bag for the participants. Schipske’s council term expires this summer and she is hopeful the city and other leaders will continue the event. “It’s a great time for the kids and a wise investment in the future,” she says. “It is one of the most successful programs we have.”