10 Things to Do in Sacramento, CA

Delve into activities and attractions in California's capital 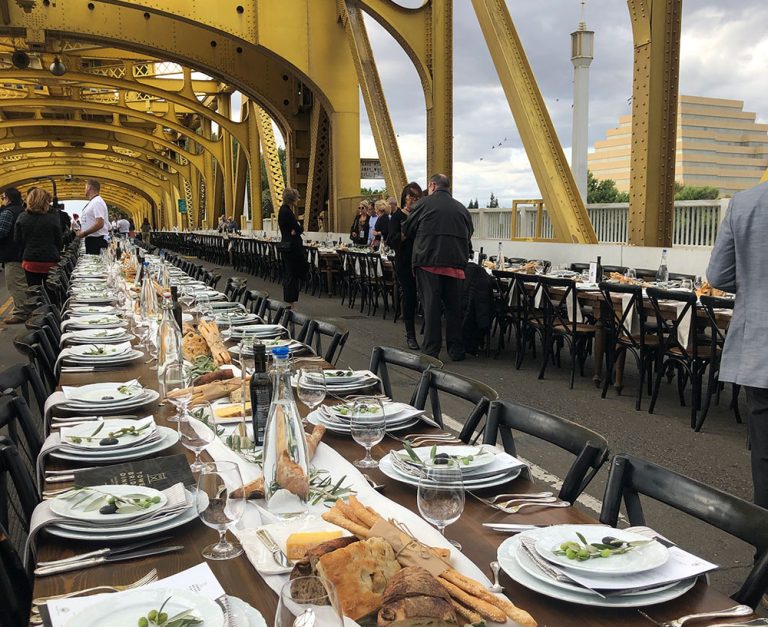 Nearly perfect year-round weather helps residents and visitors in Sacramento, Calif., enjoy a range of outdoor activities. Sacramento’s art scene, food scene and appealing architecture make it a culture center that draws thousands of people each year. Here’s a look at some of the best things to do in Sacramento. Let us know if we missed something in the comments below.

More than 150 vehicles representing cars driven in California over the past 120 years are showcased at California Automobile Museum, which offers daily tours. Many cars are on loan from private collectors, including a 1904 Ford Model C Runabout, 1906 Studebaker, 1911 Pierce-Arrow, 1911 Detroit Electric, and a 1914 Hupmobile.

Reopened in 1986 after sitting idle for decades, Crest Theatre has undergone several renovations since debuting in 1949 but always kept its gilded art-deco ceiling and waterfall main drape. Today, the landmark building hosts concerts, film festivals and stand-up comedians, and can be rented for private events such as conferences, corporate functions and weddings.

With works dating from the Gold Rush to today, Crocker Art Museum is the longest continuously operating art museum in the West and is known for its extensive collection of California art. Also on display are many examples of American, Asian, African, Asian and European art, and the Crocker building itself features exceptional architecture.

One of the most visited malls in California is Country Club Plaza, situated in the El Camino area. The mall spans 600,000 square feet and is known for keeping its established tenants, which include Macy’s, Sport Chalet and Off Broadway Shoe Warehouse. Country Club Plaza also has a large atrium used for entertainment events.

Roseville is home to Golfland Sunsplash, a popular summertime destination with water park rides such as Master Blaster and Stealth along with a lazy river and wave pool. Rental cabanas allow visitors to rest and recharge, while miniature golf options are available as a break from the water activities.

A total of 21 restored locomotives and railroad cars dating as far back as 1862 can be seen at California State Railroad Museum, located in Old Sacramento on I Street. Several exhibits show how the railroad industry changed American society, and displays change often. One highlight is an authentic 1870s freight depot.

Used for vehicles and pedestrian traffic, Tower Bridge is an unusual lift bridge that rises vertically whenever a tall ship must pass underneath it along the Sacramento River. The bridge debuted in 1935 and is on the National Register of Historic Places. It was repainted gold in 2002 and is often photographed, especially during evening and nighttime hours.

Opened in 1874, the three-story California State Capitol was constructed with the U.S. Capitol in Washington D.C. in mind, complete with several Corinthian columns, porticos, large windows and granite archways. The Sacramento building has won numerous architectural awards, and the public can see legislative sessions from a viewing balcony on the third floor.

Permanently docked in Old Sacramento is the Delta King, a former paddle-wheel boat now used solely as an entertainment venue. Amenities include an on-deck bar, Pilothouse Restaurant, a capital stage that showcases a variety of dramatic plays and musicals, and private staterooms where guests can spend the night if they wish.

Built exclusively for non-motorized use, American River Bike Trail extends throughout the city from below Old Sacramento to Folsom. The paved pathway features a slight incline, so many bicyclists start in Folsom and ride downward into Sacramento. The trail is especially popular on weekends and during evening hours after work.