Many people think of Sacramento in a … less than flattering light. Here’s why they’re wrong. 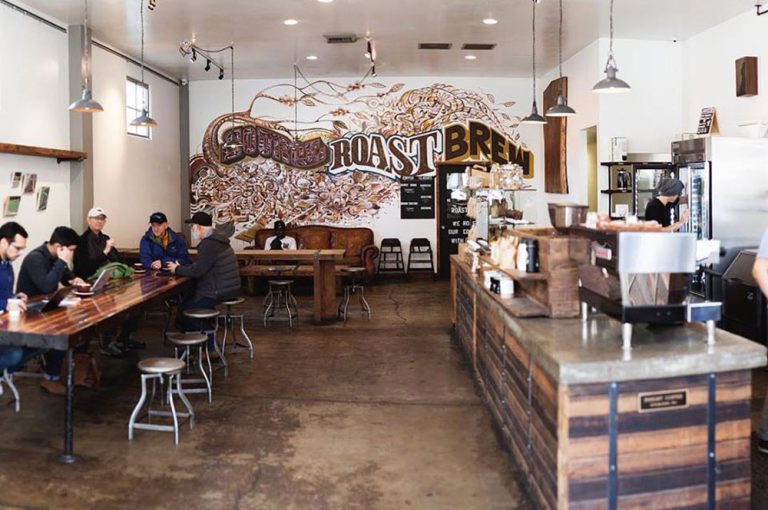 As a proud Sacramento native, I am passionate about the city I call home and consider it California’s best-kept secret. However, I’m also keenly aware of the fact that many people’s mental picture of Sacramento is … less than positive.

While the city has grown and evolved in some really awesome ways over the past few years, some pervasive misconceptions about Sacramento remain. Let’s separate the myths from the reality, shall we?

Myth #1: “Sacramento is a rural cowtown.”

Sacramento has definitely found its footing as a metropolitan city in recent years. While Sacramento is surrounded by rich agricultural areas, the city itself is far from rural. With over 500,000 residents in the city proper and well over 2 million in the greater metropolitan area, it is California’s sixth-largest city and the country’s ninth-largest capital city. Sacramento is among the most diverse cities in the nation, beating out cities like Los Angeles and Chicago. Additionally, Sacramento is the political hub of California and is home to legislators, lobbyists and activists who chart the course of one of the most powerful states in the nation.

Just to reiterate: THERE ARE NO COWS IN THE CITY.

Myth #2: “There’s nothing to do in Sacramento.”

Sacramento’s cultural scene has exploded with unique and interesting things to do in recent years. One of the most exciting additions in recent years has been Wide Open Walls, a mural festival that draws artists from all over. If more traditional art is your thing, there’s the Crocker Art Museum, where you can view their impressive permanent collection or check out events like ArtMix, a monthly themed “adults-only party” with music, performances and gallery tours. If you want to enjoy local, up-and-coming artists the Second Saturday Art Walk is the place to be.

No matter what your taste, there is always a fun festival or outdoor event happening, from Midtown Made to food festivals like Chalk It Up (features chalk art, live music, and food trucks, and has been running since 1991!), the Grilled Cheese Festival (taste as many grilled cheese sandwiches as you can imagine), or longer weeks like Sacramento Cocktail Week (pop-up events designed to showcase local bartenders and delicious artisanal cocktails). Sacramento is also home to the annual Diner en Blanc, which originally began in Paris and is one of the most elegant and most-anticipated events of the year.

If history and politics catch your eye, tours of the state capitol are an amazing way to celebrate Sacramento as a political hot seat. Sacramento’s rich history is also celebrated in Old Sacramento, an area on the Sacramento River that still embodies some of the look of the city in the 1800’s, and Sutter’s Fort, a settlement originally founded during the gold rush and restored to embody the historical period.

Myth #3: “There are only chain restaurants there.”

Sacramento sits at the center of California’s expansive agricultural area, earning it the title of “Farm To Fork” capital. You can see this celebration of truly delicious and high quality food all over the city. While Sacramento has only one Michelin star restaurant – the highly-celebrated local legend The Kitchen – you will find an abundance of outstanding dining within the city, and thanks to the diversity of the city, there’s no shortage of cuisine. For fancier dinners out, there are amazing spots like Ella which is a standout in terms of its big city elegance and uniquely delicious offerings, and Sacramento classics like The Waterboy and The Firehouse, or my personal favorite, Mulvaney’s B&L, all of which make use of seasonal ingredients to present fresh and delicious food.

If you love sushi, it’s tough to beat Kru, which is well-known in terms of its incredibly fresh sushi and incredible small plates offerings. If you’re vegan, check out Midtown Sushi’s take on vegan rolls and appetizers. If pizza is more your thing, there’s Masullo, which serves up wood-fired pizza and an impressive wine list, or Sacramento’s legendary deep dish spot, Zelda’s, a restaurant with arguably the best pizza in town, served in a true hole-in-the wall space that has not evolved since its early days (think incredibly cheap beers, dark lighting and colorful Christmas lights).

If you want a real treat, check out Sacramento’s brunch and breakfast scene. Local cult favorites include Nopalitos, a family-owned restaurant that serves up the best breakfast burritos in town (Cash only! During the week only!) and the award-winning Bacon and Butter, which is as good (or better!) than you may have heard.

And don’t forget about coffee! Sacramento’s coffee scene recently made Livability’s list of Unexpectedly Awesome Coffee Cities, and for good reason. With cornerstone local spots like Temple, Old Soul and Insight, old standbys like Coffee Works (my all-time favorite!), and relative newcomers Identity and Milka, there are plenty of places to get incredible, hand-crafted beverages and well-roasted beans and coffee has helped put Sacramento on the map.

Myth #4: “Sacramento is only good because it’s close to so many other cool places.”

It’s true – one benefit of living in Sacramento is that it is literally an hour and a half from amazing California hotspots like Lake Tahoe, San Francisco and the Napa Valley, but Sacramento itself is an incredible place to live.

If you’re an outdoorsy person, you can’t find a better spot for running, biking or paddling than the American River Bike Trail, which is a true gem in the city. Spanning 32 miles and hugging the banks of the American River, it’s the perfect place to experience the beauty of the city.

If being outside isn’t your thing, there are plenty of places to grab a craft cocktail, such as Canon (an upscale restaurant and bar in East Sacramento) or Revival (a rooftop bar on the third floor of the swanky Sawyer Hotel). Do some shopping and dining at the Downtown Commons, right beside the new Golden 1 Center, home to the NBA’s Sacramento Kings and amazing concerts all year round no matter what your musical taste.

Sacramento also has an incredible comedy scene in its own right, and you can catch national headliners and talented local up-and-comers at the Sacramento Punch Line or Sacramento Comedy Spot nearly every night of the week. If you’re a baseball fan, the Rivercats are the Triple-A team for the San Francisco Giants, and you can see incredible players fine-tuning their skills without braving Bay Area traffic.

Fitness junkie? There are plenty of options that are locally-owned and amazing, specifically Team Ride (a cycle studio owned by a local family that is both luxurious and welcoming while making you sweat!), and the newly-opened Urban Yogi studio.

No matter what you’re looking for in a big city, chances are you can find an iteration of it – a more affordable, friendlier iteration – right here.

Myth #5: “You live so close to other big cities – why not just live there?”

Sacramento is a delight. One of its nicknames is the City Of Trees, and finding yourself under the canopy that shelters much of the city is enchanting.

The cost of living in Sacramento is considerably less than larger cities in California – median home prices top out at around $400,000 in areas just outside of the city, which is ideal for those looking to purchase a home in a more suburban area. Rents are reasonable within the city, and those moving from larger, more expensive places will find city home prices to be refreshing.

The city is large enough to feel like a “big city” but without the overcrowding that plagues larger cities. While summers do get hot, winters are mild, and unlike other places in California, Sacramento gets REAL seasons – minus the snow (though amazing skiing is an hour and a half away!) and with the addition of the delightful Delta Breeze that cools summer nights.

The bottom line? Living in Sacramento provides the culture, diversity, and environment that is sure to please anyone who wants the California experience without paying big-city California prices.