Things To Do in Santa Clara, CA

Santa Clara's innovative spirit, diversity and more than 300 days of sunshine a year allow residents to explore indoors or out. 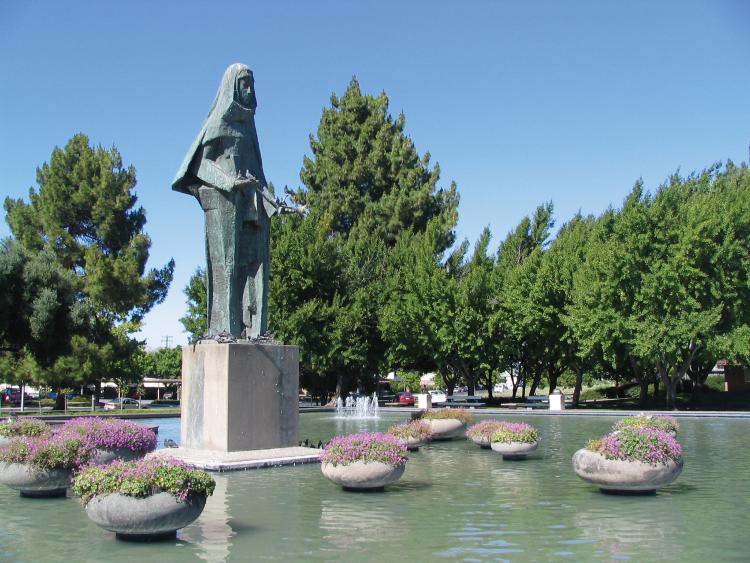 The site of Super Bowl 50, Santa Clara, CA includes rich historical character, technological innovation, a celebratory community spirit and a beautiful natural environment. Fortunately for a newcomer, each has attractions and activities to experience each first hand.

Start at the beginning by visiting the first outpost of Spanish civilization in the Santa Clara Valley, Mission Santa Clara de Asis, which dates to 1777 and is on the campus of the state’s oldest college, Santa Clara University, which was founded in 1851. While at the university, be sure to stop in The de Saisset Museum, a free art and history museum with exhibits of works by Bay Area artists.

The Triton Museum of Art, where admission also is free, showcases 19th- and 20th-century local, regional and national art.

Santa Clara also has an interesting railroad heritage that the South Bay Historical and Railroad Society preserves at the Santa Clara Railroad Depot, which includes the Edward Peterman Museum of Railroad History.

Want to learn more about Santa Clara’s more high-profile history in the world of technology? Learn all about the silicon in “Silicon Valley” at the Intel Museum.

Santa Clarans love their city and love to celebrate it. The party only stands to get bigger when the San Francisco 49ers begin the 2014 season at the brand new Levi’s Stadium near Great America theme park, already a major destination for family fun in the city’s entertainment zone.

Some lesser known but longer-standing community events include Concerts in the Park, held from mid June through mid August at Central Park Pavilion; Celebrate Santa Clara! at Franklin Square each July; the annual Santa Clara Art & Wine Festival each September in Central Park; and the All City Picnic held in late June in conjunction with the new Silicon Valley Barbecue Championships, also held in Central Park. And for year-round opportunities to meet locals, stop by the Saturday Downtown Santa Clara Farmers Market.

The city operates dozens more parks, but another point of pride, the 40-acre Ulistac Natural Area, focuses more on habitat preservation and education than recreation. Volunteers restored many native plants at the site, which opened in 2001 and allows visitors to observe seven different natural habitats via walking trails that have interpretive panels.