Learn how entrepreneurs are discovering locally sourced food in Victor Valley is a new market to tap. 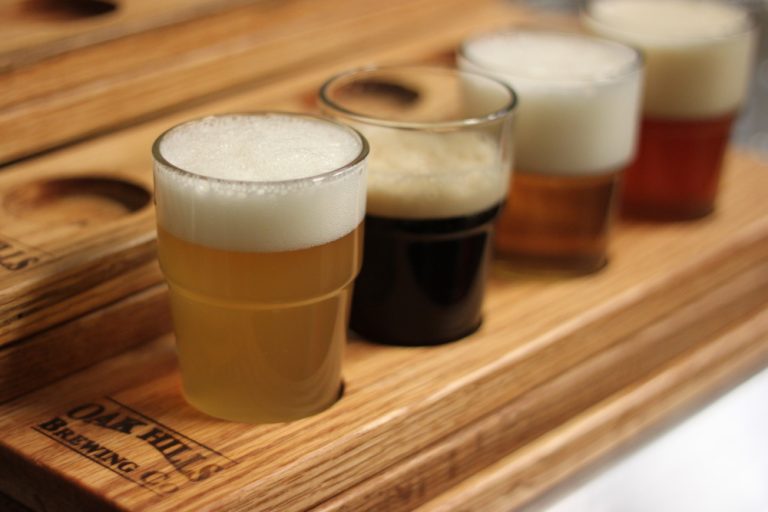 More than 130 years after the first travelers of European descent arrived in the area now known as the Victor Valley, a new group of trailblazers is starting to settle into the High Desert. Entrepreneurs are discovering that there is an underdeveloped market in the region for locally produced beer, coffee and food, and they are filling this void with a variety of new businesses.

“Whoever starts a business around here involving craft foods or beverages is kind of a pioneer, because nobody has really done much of that here yet,â€ says Rachel Tonyan, who opened the all-organic Tonyan Coffee Roasters in Apple Valley in 2012. “You’re seeing local people do their own thing as far as making food and drinks and creating their own environment. We’re bringing things to people that they haven’t had around here before, and the response has been great.”

Spurred by the region’s lower cost structure, incentives and advantageous location – along with an inviting climate and quality of life – new businesses are popping up throughout Victor Valley. One of the leaders is the craft beer industry, which has become increasingly popular throughout the country in recent years and is starting to brew up in Victor Valley as well. Several craft breweries have opened in the region, including Oak Hills Brewing and Desert Barn Brewery in Hesperia and Off the Grind Brewing Company in Apple Valley.

“People are looking for more locally owned, artisan-style products,â€ says Desert Barn Brewery co-owner Josh Waters. “They’re seeking stuff that’s more personal. Instead of just being a number, they want to go out and have more of an experience. My wife and I are lifelong residents of the High Desert, and we saw a need in the community and an opportunity to start something that the town could latch onto. That demand in the market was definitely a driving factor to starting a business in this area. We wanted to give something that would help boost the local community.”

While Oak Hills and Off the Grind focus primarily on concocting tasty beers, Desert Barn also offers plenty of food options as well as live music. Waters says the combination of being both a craft brewery and a gastropub has turned Desert Barn into a popular gathering place for locals.

“People come in and they stay for two or three hours,â€ Waters said. “Desert Barn has become kind of a second home for a lot of people. It’s a place where people can go and relax. It’s definitely a community place.”

One thing most of these new businesses have in common is a desire to use fresh ingredients in the products they produce. And it doesn’t get much fresher than Mary’s Goat Farm in Apple Valley, which raises both goats and chickens, and sells milk, eggs and meat to its herd-share members. Local artisans also use the raw goat milk in the production of organic soaps, paints and body-care products. The ingredients also are fresh and organic at Tonyan Coffee Roasters. Everything in the store is 100 percent organic, from the specialty coffees and drinks to the cinnamon rolls and dark-chocolate walnut cookies.

“Everything we put into (a customer’s) cup, we make by hand in our roaster, which is a new concept for many people around here,â€ Tonyan says. “We make our own pastries and syrups and sauces. We’re committed to doing everything by hand, so we can tell our guests exactly what’s in their cup or on their plate.”

Business has been so successful that the store expanded in 2015. Tonyan says she wanted to create the feeling of being in “an underground jazz club,â€ complete with brick walls, reclaimed wood and granite countertops.

“I want it to feel cozy, someplace where people are comfortable staying for a while,â€ Tonyan says. “We have people come here all the time and bring friends and hang out. We’re really doing better than we ever expected. We’re getting great support from the local people.”