From "The Zip Code Man" to fire jugglers, magicians and contortionists, Boulder's street theater scene is unmatched — and made me realize how lucky I was to live there. 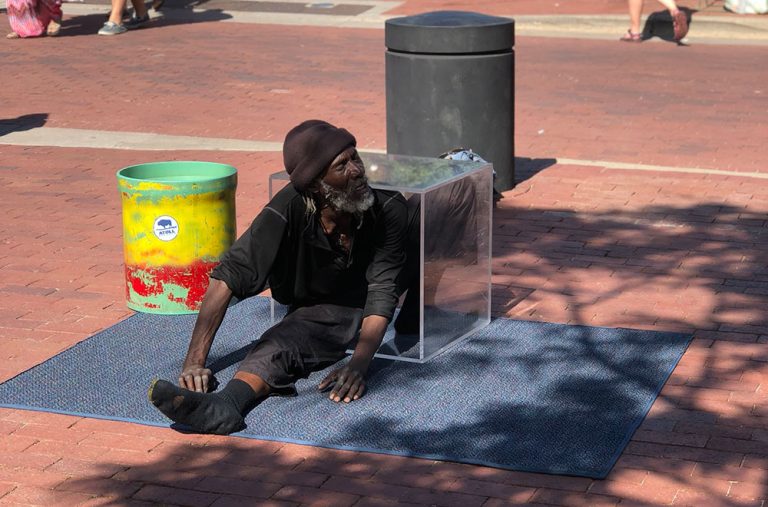 My parents moved to Colorado from the Detroit area about 25 years ago. Because I was nine at the time, I figured it was in my best interest to come along, too, even though I was displeased with the move. I (unsuccessfully) tried to charge them a re-location fee for moving me, and, with assistance from my neighborhood pals, I uprooted the moving sign from the lawn one day, thinking that’s all it took to get the house “off the market.â€ At the time, the Detroit Pistons were on fire, all of my friends and family lived in Michigan, and I was in the lead in a reading contest at school. I had a good thing going.

Once we settled in Colorado, we received a steady stream of out-of-towners visiting from Michigan. I’d credit that to the small-scale marketing operation I was running: sending formal invitations addressed in wobbly cursive to friends and family, asking (begging?) them to come to Colorado to visit. To add enticement, the envelope came with a nugget of Colorado’s fool’s gold (a nod to our state’s gold rush) and a “100 PERCENT GUARANTEE” that they’d see the best street performances of their lives during a special trip to Boulder’s Pearl Street Mall.

My parents played along. When guests arrived, we gave them the VIP seat at the dinner table: a west-facing chair that gave the most unobstructed view of the Rocky Mountains. When we’d load up in the minivan to head up to Boulder to see the street performers, my chauffeur-dad would ask: “Scenic route or city route?â€ The former hugged the foothills, meandering up to Boulder, the latter was a more direct route that cut through Denver.

Once we arrived in Boulder, I couldn’t wait to see the reactions of our out-of-town guests as the street performers marveled them. The piÃ¨ce de rÃ©sistance, in my opinion, was “The Zip Code Man.” Tell him your five-digit zip code and he could tell you exactly where you’re from. Every. Single. Time.

“48167â€ my grandma shouted out into the crowd, thinking she’d traveled all the way from this mysterious land in Michigan, and she would surely be able to stump him.

And for some reason, I would beam with pride every time he’d wow the crowd. When you move to a new place, you’ve got to have something to brag about. In Detroit, I had Bad Boys-era Pistons basketball. In Boulder, it was the quirky street performers of the Pearl Street Mall who gave me a sense of excitement and connection to my new home.

Here are three of my favorites on the current roster:

In a land of accomplished yogis, Ibash-i outshines them all. Ibash-i, who is from the Caribbean island of St. Kitts, refers to his contortionist act as “Rastafarian yoga.â€ As he unfurls a mat and pulls out a 20-inch Plexiglass cube, he commands attention from passersby by shouting “Everybody look at me!â€ and “Showtime!â€ Then, he starts folding his 6-foot tall, 160-pound body like he’s Gumby, and makes some chiropractic jokes along the way. As a grand finale, Ibashi-i somehow fits himself into the small cube. As he emerges, he fans his nose dramatically – proving that flatulence jokes are always a crowd-pleaser.

A talented performer, Peter Irish has amazing stage presence, and he can pull off some amazing stunts, including juggling with his feet. His tagline writes itself: “Amusing feats with amazing feet!” He can also juggle with his hands while teetering on boards and barrels he sets up. But one of his most impressive stunts is lighting a chair on fire, balancing it on his head and moving into a sitting yoga position. As the kids these days would say, it’s lit!

Culture on Every Corner: Why One City Is Paying Street Performers a Living Wage

David Rossteicher, aka “The Zip Code Man,â€ swears he doesn’t have a photographic memory. Rather, he knows the patterns of the zip codes (high in the west; lower in the east), and, over the years has memorized some 40,000 codes. Sometimes he even shows off. After telling an audience member where they’re from based solely on their zip code, he then recommends a pizza shop or Chinese restaurant in their hometown. For what it’s worth, I’ve never seen him fumble.

After graduating from the University of Colorado-Boulder, I worked at the Daily Camera newspaper, which, at the time, had its newsroom planted on the Pearl Street Mall. When I’d walk along the mall to grab lunch, I’d hear the Zip Code Man’s routine and no matter the five digits thrown at him, he always got it right. Don’t dare leave without tipping him. The Zip Code Man jokes that he knows where you live.

Seriously, though. These performers work for tips, and they’ll remind you of it throughout the show. Look at it this way: a few bucks is a small price to pay these local icons for making Boulder such an entertaining place to live.