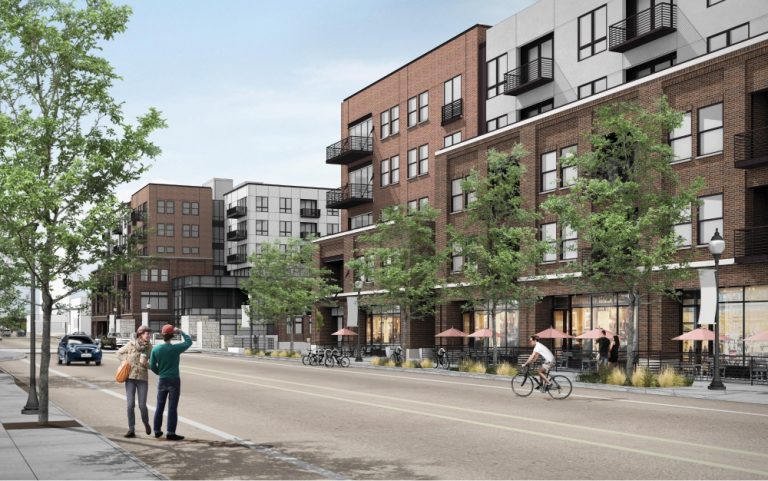 Across America, millennials and young professionals are looking to move into downtown areas to be where the action is, with stores, restaurants, bars and entertainment venues popping up to serve those incoming populations. Such is the case in Castle Rock, Colo.

“Now is an exciting time as we start to see a lot of new projects come online,” says Kevin Tilson, director of the Castle Rock Downtown Alliance. “For the last few years, I’ve been hearing from several entrepreneurs who wanted to be in the downtown area, but there wasn’t a lot of office space available. However, that has steadily been changing.”

Recent office building openings include Mercantile Commons and The Move, and a Riverwalk at Castle Rock project is under construction that will feature 30,000 square feet of office space.

“Mercantile Commons has an entire second floor dedicated to commercial office space, and that building opened with every office space fully leased,” Tilson says. “Downtown Castle Rock is looking good these days with a cohesive mix of historic buildings and modern projects.”

One of those modern buildings – The Move – was developed by The Move LLC and built by White Construction Group with a specific goal to attract small startup companies.

“Some of these businesses were actually thinking about leaving Castle Rock due to the lack of office space downtown, and The Move provides them with a great location where they can continue to work and grow,” says Jill Dustman-Coe, business development and marketing manager for White Construction Group. “Most of the building’s occupants are small, creative and technologically advanced companies.”

The Move was constructed with an open industrial décor look and features LED lighting that can change colors for the holidays and special occasions. It also has 270 solar panels on the roof, making The Move one of the first commercial buildings in Castle Rock to have them.

“It’s four stories tall with 72 parking spaces, lockable bicycle parking and two car-charging stations,” Dustman-Coe says. “There are also overhead doors that allow for natural daylighting as well as the opportunity to enjoy Colorado’s cool air and great views of Castle Rock and the Rocky Mountains.”

From Hollywood to Castle Rock

Some of the companies doing business in The Move include Clear Connect, Ibex.digital, Innovative Business Solutions, L2M LLC, Radical Blends, Riot Blockchain, TECOBI, Where Food Comes From and White Construction. Another tenant is Versatility Creative Group, a marketing company.

“For example, some companies specialize in graphic design, others in video production, others in website design, some in magazine layouts and some in still photography, but we provide all those services under one roof with no outsourcing or freelancing,” says Mark Michael, creative director and co-owner of Versatility Creative Group along with his wife, Sandy, who is executive producer for the company. “We keep our clients from having to source services from a bunch of providers, and we elevate their marketing efforts in a high-quality way.”

Versatility Creative Group had its background in Hollywood TV production for about 15 years, but Mark and Sandy then started a family and didn’t want to raise their children in Los Angeles.

“I’m a Colorado native, and Castle Rock seemed the perfect fit for us about halfway between the two big cities of Denver and Colorado Springs,” he says. “Castle Rock has a buzz and energy these days for tech-savvy, cutting-edge companies, and we want to be part of all that.”

Versatility Creative Group is a team of five people that handles everything from $1,000 projects to $200,000 projects, all from its third-floor offices at The Move.

“Downtown Castle Rock still has a small town charm but also features a trendier feel with a modern vibe,” Michael says. “The modern buildings are vital for the growth of downtown because there is a big mix of tech-savvy people who want things different nowadays.”