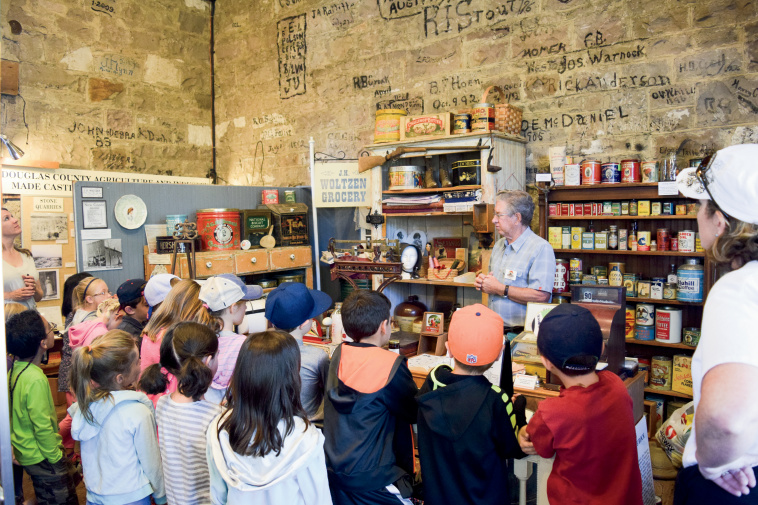 Housed in the former depot of the Denver & Rio Grande Railroad, the Castle Rock Museum features both permanent and rotating exhibits that chronicle the history of Castle Rock since it was established. The museum is also home to the Castle Rock Historical Society and often hosts educational workshops and presentations.

The Countywide Art Encounters program commissions local artists to produce sculptures that are then placed in the county’s retail and civic spaces for the public to enjoy. The program began as a way to enhance the area’s quality of life by incorporating art into the public’s everyday experiences. The Castle Rock Police Department has also invested in beautifying the city’s public spaces through its mural program. The department enlisted local artists to paint murals on bridges and underpasses in hopes of deterring graffiti artists and vandals.

The Greater Castle Rock Art Guild supports the arts and promotes the work of local visual and performance artists through workshops and events. The organization also offers art classes to the public and sponsors an art marketplace.

The Castle Rock Band is a group of volunteer musicians who perform a mix of traditional and modern music concerts for the public throughout the year. The group began in 1999 and was patterned after town bands that existed around the turn of the century. Castle Rock has several indoor venues for hearing live music, including a new outdoor amphitheater for performing arts on the grounds of the sprawling Philip S. Miller Regional Park.

Colorado Artfest at Castle Rock features a juried art show of more than 180 art exhibitors, food vendors, live music and a kids’ zone with games and crafts. The annual event has been held each weekend after Labor Day for more than 26 years and includes a new feature, the Rock After Dark Musicfest. Now in its 13th year, the Castle Rock WineFest at The Grange in the Meadows gives visitors a taste of Colorado wine with samples from more than two dozen wineries across the state.

The Colorado Agriculture Leadership Foundation hosts area fourth graders each April at Lowell Ranch for Heritage Day. Students engage in hands-on activities that teach them about the state’s western heritage and the role agriculture played in that heritage.