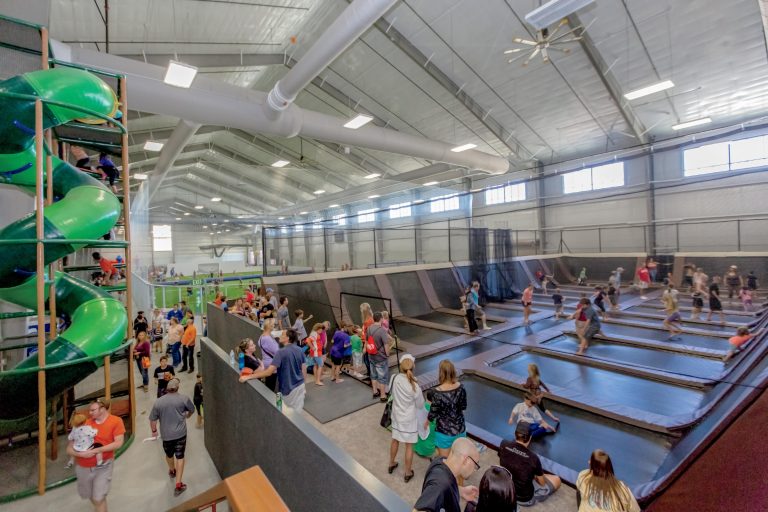 Filled with fun attractions and amenities, the Castle Rock, Colo. community has become even more vibrant in recent years – and it’s showing no signs of slowing down.

For example, downtown’s Festival Park received $6.9 million worth of improvements in 2017, with $2.9 million provided by the Town of Castle Rock and $4.9 million from the Downtown Development Authority. The reimagined park, located in the heart of downtown on Second Street, now features a landing pavilion, splash pad, two firepits, an open lawn, a creek-side picnic area, market plaza bridge connections to Town Hall parking, improved lighting and seating, an overlook walkway and a water-play area in Sellars Gulch.

“The vision for Festival Park was for it to be a downtown attraction that would fit with the character and community of Castle Rock,” says Kevin Tilson, director of the Castle Rock Downtown Alliance, a partnership of the Downtown Development Authority and Downtown Merchants Association. “We wanted to create an urban park that would be a special place to take in the Christmas tree and lights during the holiday season as well as a place to enjoy water activities in the summertime. Plus, the park’s open lawn makes it a perfect location for downtown festivals, concerts and celebrations.”

Tilson also notes that the park’s redevelopment was intended to spur new investments downtown and across the community, and he says that’s already happening, including projects such as the $60 million Riverwalk at Castle Rock that borders Festival Park, and Mercantile Commons, a four-story building with retail, restaurant, office and luxury residential space. In addition, local business owners say they’re noticing an increase in the number of people downtown, and they’re looking forward to what’s to come.

“Festival Park has invigorated downtown by providing spaces for families to picnic, enjoy the sunshine and take a walk as well as hosting so many well-loved town and Downtown Merchants Association events,” says Elizabeth Villwock, manager of The Emporium, a downtown gift and antique store. “I am excited to see how the summer and holiday seasons are enhanced this year with this completed and beautiful space devoted to bringing people together.”

Another relatively new fixture in Castle Rock is the 320-acre Philip S. Miller Park, which was completed in 2016 and includes the Miller Activity Complex that offers batting cages, a golf simulator, swimming pools and more. This development has led to the creation of Miller’s Landing, a 65-acre mixed-use project located adjacent to the park that may include Snowsports 365, a year-round snow sport complex capable of accommodating up to 400 skiers an hour.

“Along with drawing Castle Rock residents, I believe Philip S. Miller Park and its surrounding developments will draw people from across the region, and many of those visitors will end up shopping and dining downtown,” Tilson says. “Philip S. Miller Park is a tremendous asset to the community, and it’s a wonderful complement to downtown Castle Rock.”

Looking to get a taste of Castle Rock? Check out the community’s growing brewery scene that’s home to places like the new self-service, 35-tap Astro Tap House in master-planned community The Meadows, along with Maddie’s Biergarten, a downtown spot with Colorado craft brews and a full lunch and dinner menu.

Meanwhile, Rockyard Brewing Co. – Douglas County’s longest-running brewery currently celebrating 20 years of operation – is known for its many award-winning brews and has an expansive food menu with salads, burgers, pizza and more.

Another great place to grab a drink and a bite is Crowfoot Valley Coffee & Crow Bar, located downtown and offering coffee, craft beer and quick snacks. Castle Cafe, housed in a former 1890s hotel, is also a must-visit dining spot downtown, along with B&B Cafe (where locals say the breakfast is not to be missed), Union American Bistro, Pegasus and Angie’s Restaurant.

Finally, be sure to check out Castle Rock’s Uncle Maddio’s Pizza location near The Meadows. The regional chain is a favorite spot for families and calls itself “the original create-your-own pizza joint.”