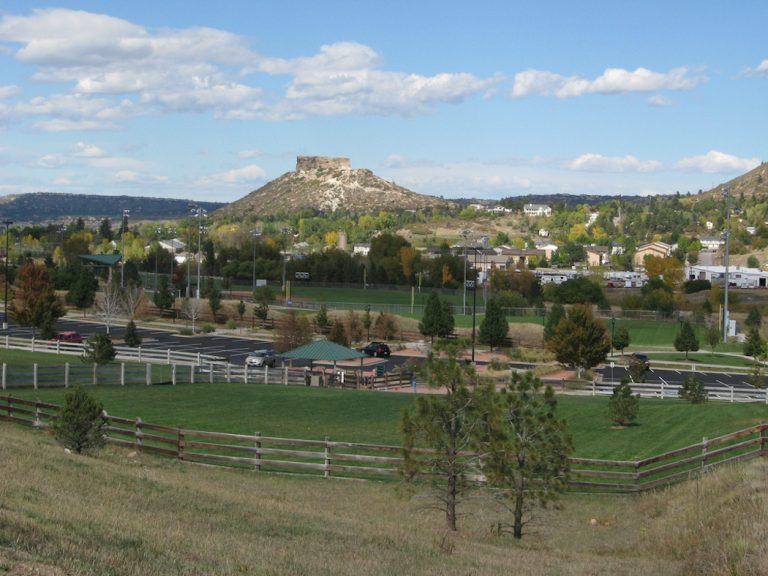 A fast-growing and panoramic city, Castle Rock is between the Front Range of the Rocky Mountains and the Great Plains and is named for an eye-catching rock butte near the center of town that looks like a castle (see photo). The community has received several recent accolades for its economy, livability and low crime rate, and residents are only 30 miles from the big-city conveniences of Denver.

Here are reasons why Castle Rock is such a nice place to live:

More than 27 percent of Castle Rock’s total land area is parks and open space, and there are an additional 56 miles of hiking, mountain biking and paved trails. A city mandate decrees that new developers donate 20 percent or more of their total land for use as open space so that residents have easy access to parks near their homes.

Redevelopment in downtown Castle Rock is bringing renewed excitement to the district, including the 2016 opening of The Move contemporary office building that will ultimately house high-tech companies and an estimated 200 total employees. Also new is an Acme Water Tower Center building that now houses Castle Rock Beer Co. and Tamarind Indian Cuisine, while a spacious Mirage Dental Building is being constructed on an empty lot near Safeway grocery store and will open in 2017. In addition, announced for Third Street is a Mercantile Commons building project that will feature first-floor retail and restaurants, second-floor office space, and third- and fourth-floor residential units.

Residents can easily access the arts as well as annual festivals like Castle Rock WineFest and Colorado Artfest at Castle Rock, while healthcare options include a 50-bed Castle Rock Adventist Hospital and a Brookside Inn skilled nursing community. For shoppers, convenient major malls are Promenade and Outlets at Castle Rock, and the cuisine scene serves customers right at multiple independent restaurants throughout town.