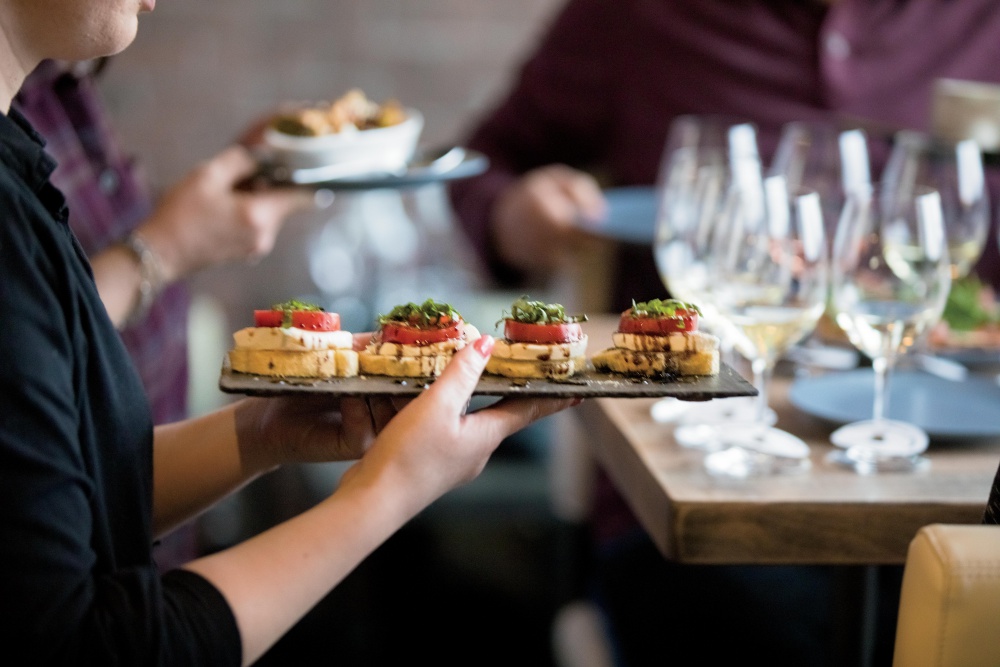 “I would love to see a continual growth of locally sourced ingredients, independently owned and seasonally inspired foods and beverages,â€ explains Chef Dan. “I believe it will happen – the community is growing, and the desire is great!”

Come to the (Outdoor) Table in Castle Rock, CO

“I am hoping that with all the new development in Castle Rock there will be a place for new chef-run establishments,â€ says Espinoza.

When it opened, Manna devoted itself to products “raised and produced by people who careâ€ and also tapped Seattle Fish for their Skuna Bay craft-raised salmon and Alamosa, Colorado, striped bass. Chef Dan has witnessed a shift toward sustainable sourcing across Castle Rock over the last years – it’s a shift he is proud to be a part of. Manna hosts a full acre garden – known as the “The Garden of Eatinâ€ – which includes 90 community plots alongside a 1,400-square-foot garden that supplies the restaurant. Chef Dan recently promoted Chef Adam Freisem to executive chef from chef de cuisine so he could focus on operations. 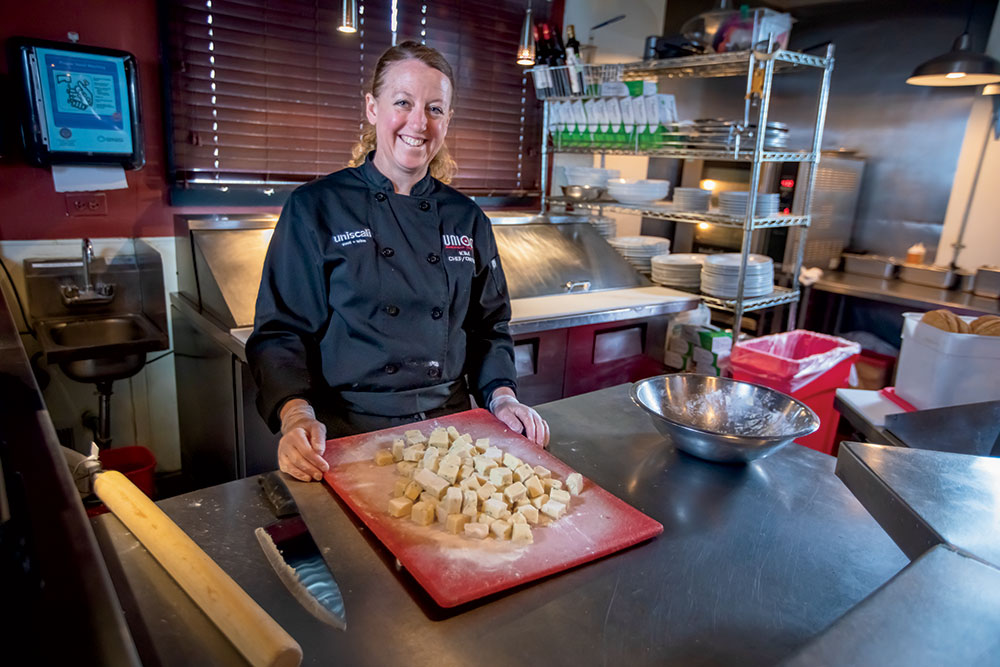 In operation since 2005, Union Bistro is a Castle Rock staple. Chef-Owner Kim Heideman and Executive Chef Chris Dreiling continue to evolve its seasonal menu while staying true to Colorado’s terrain: Union’s motto, “Using quality ingredients from around the block and around the world,â€ can be experienced with bites of their all-natural, hormone-free beef sourced from Verde Farms in Larkspur.

The inviting, casual setting is met with belly-warming, internationally inspired dishes like the roasted duck with gluten-free gnocchi in a red pepper orange basil sauce, a Cuban flatbread, or salmon in spring pea risotto. The platings are made all the more soothing thanks to table touches from the hands-on culinary team. Chef Kim and Chef Chris are known to make floor rounds explaining dish origins, highlighting moments from their travels and tastings, as well as experiences from PB&J Restaurants, cooking James Beard-recognized dinners, and world-class training.

Castle Rock’s Downtown Riverwalk is a Bridge to the Future

Chef Jose Espinoza and his wife, Mimi, arrived in Castle Rock three years ago. Together, the duo has worked the lines and served the masses in California, Hawaii and Washington, D.C. Their restaurant, Trestles Coastal Cuisine, is named after a beloved surfing shoreline between San Diego and Orange County, and their menu reflects the maritime muse.

“I would like to have people leave our restaurant saying and sharing ‘that was some of the best tasting and freshest meals we have had,â€ says Espinoza.

Sourcing is an important component of that hope.

“We work together with Seattle Seafood to sources the freshest and sustainability-minded seafood. An example would be our Skuna Bay salmon,â€ Espinoza says.

“One of our main focuses is to always be creating new flavorful dishes,â€ Espinoza says.