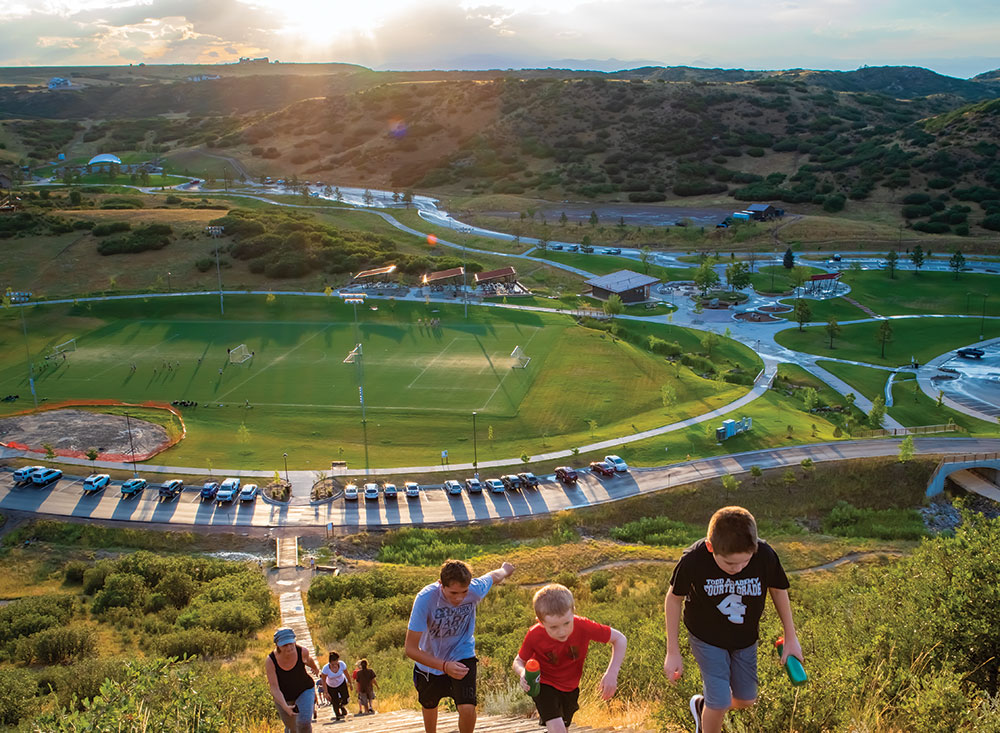 When Melissa Clement was preparing to leave her native Southern California, one thing she knew for certain was she wanted her new home to embrace the same healthy habits she had enjoyed for much of her life. Clement says she found just such a place in Castle Rock.

“A town that has multiple healthy options is key when choosing someplace to live, and Castle Rock has that,â€ says Clement, who moved to Colorado in 2012 and opened the specialty shop Farmgirl Foods in 2018. “There are healthy activities here, healthy food and restaurant options, great medical care. All that is very important.”

Castle Rock has an abundance of natural ability when it comes to creating this type of lifestyle. Located just south of Denver and at the edge of the Rocky Mountains, the city soaks in more than 300 days of sunshine each year, providing plenty of opportunities for residents to get out and enjoy the splendor of the area’s really great outdoors.

Get Out and About in Castle Rock

There are 20 developed parks, nearly 75 miles of trails, and approximately 5,800 acres of open space in Castle Rock. Highlights include the 370-acre Ridgeline Open Space (with a 10-mile loop trail for mountain biking), and the city’s namesake Rock Park, which, from the top, provides a panoramic view of Pikes Peak and the Front Range of the Rockies.

“We have all these parks and trails with amazing hiking and camping and biking,â€ Clement says. “There are just so many places that are either right here in our town or very close where you can get outside and enjoy nature and get some exercise.”

In addition, there are excellent man-made spaces for exercise, too, such as the Miller Activity Complex, located within the 270-acre Philip S. Miller Park. Dubbed the MAC by locals, the complex has facilities for swimming, soccer, lacrosse and football, along with a 3,000-square-foot children’s play area, a 5,000-square-foot trampoline zone with 16 trampolines, batting cages, and an 18-hole golf simulator. Visitors also can attempt to conquer the Castle Rock Incline, known as the Challenge Hill, which consists of 200 timber steps climbing 178 feet in elevation.

Beyond outdoor recreation, there are plenty of spas, gyms and fitness studios located throughout the Castle Rock region, energizing both the body and mind. And to help ensure long-term good health, the city has numerous medical providers, including several specialists, along with two hospitals – Castle Rock Adventist and Sky Ridge Medical Center, both of which are expanding. 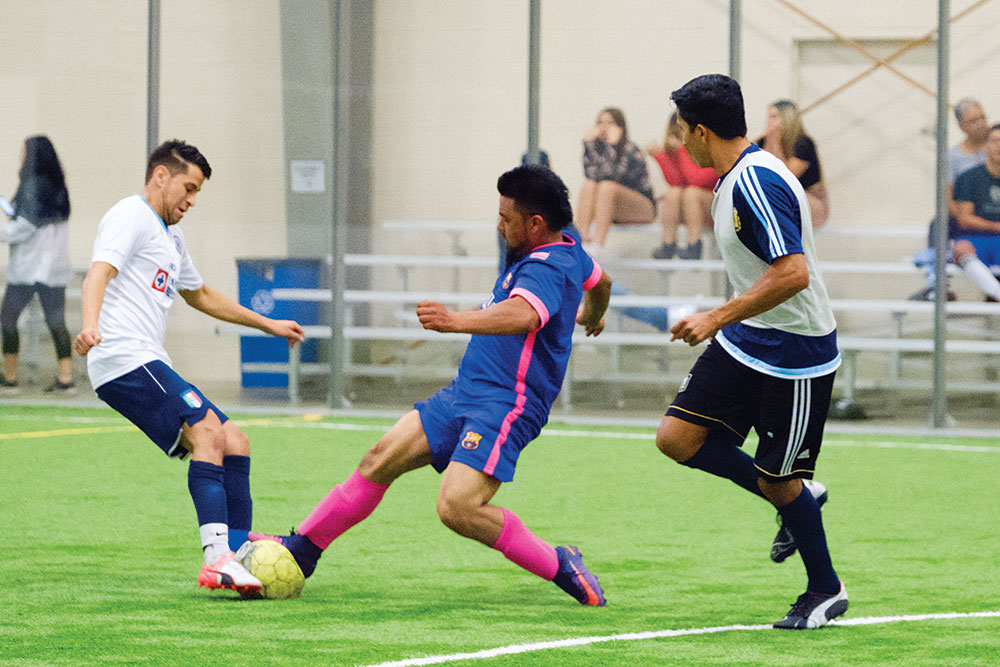 Eat and Be Healthy

Of course, exercise is only half the battle when it comes to a healthy lifestyle. The other half takes place in the kitchen. Because no matter how active you are, it’s hard to outwork a bad diet.

Castle Rock has that part of the equation covered as well. Healthy options are prevalent on most restaurant menus and people have access to nutritious food they can prepare at home. Residents will have even more options on that front this year, with a new 43,000-square-foot Whole Foods Market scheduled to open. The town also serves up specialty retailers such as Castle Rock Nutrition, a smoothie and juice bar offering creative takes on healthy drinks like blueberry muffin shakes and a pineapple coconut aloe spritzer.

Why Castle Rock, CO is a Great Place to Live

Clement added to this lineup when she opened Farmgirl Foods, a market/cafÃ© combo specializing in both local and natural organic food. The store sells a wide variety of products, including bread, eggs, dairy, meat, jam, honey, butter, sauces, coffee and even healthy cocktail mixers.

Clement says she had been thinking about opening such a store for 15 years before finally turning it into a reality in 2018. Farmgirl Foods began in a small space in The Emporium shopping center, then expanded a year later into the Ecclesia Market food hall.

“We have so many farmers and food vendors around here who can provide quality meat and fresh produce,â€ Clement says. “That’s a big reason why I opened Farmgirl. I wanted a place where people could find good, locally made Colorado food products, because there is a huge demand for healthy eating options in Castle Rock.”